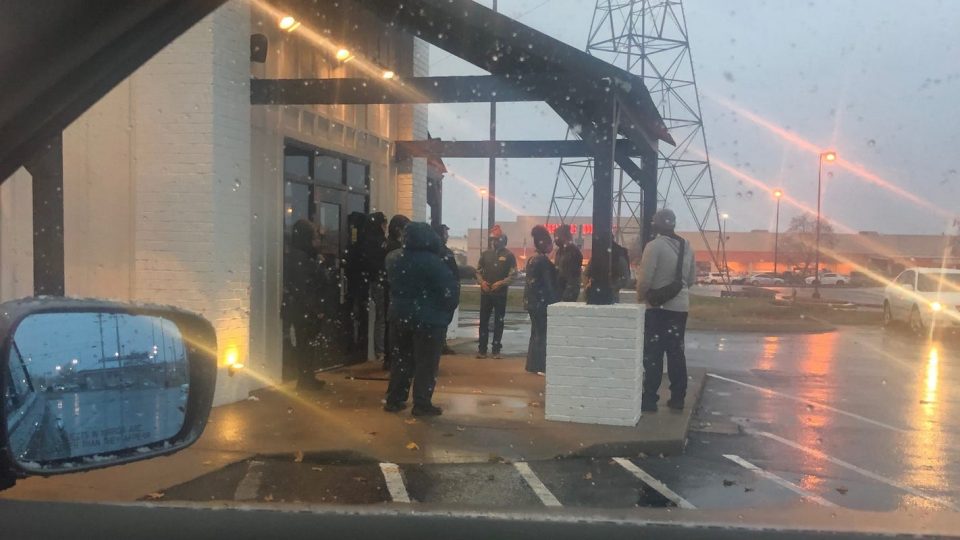 The announcement comes on the heels of protests for lost wages from employees of Pepper+Peach as well as Peach Cobbler Factory locations in Nashville and Smyrna, which Edgerton also owns. Some are demanding as much as three weeks of back pay.

“A lot of them don’t even know how they’re going to pay bills,” said Delvakio Brown, manager of Pepper+Peach who also helped open the East Nashville Peach Cobbler Factory in early November. 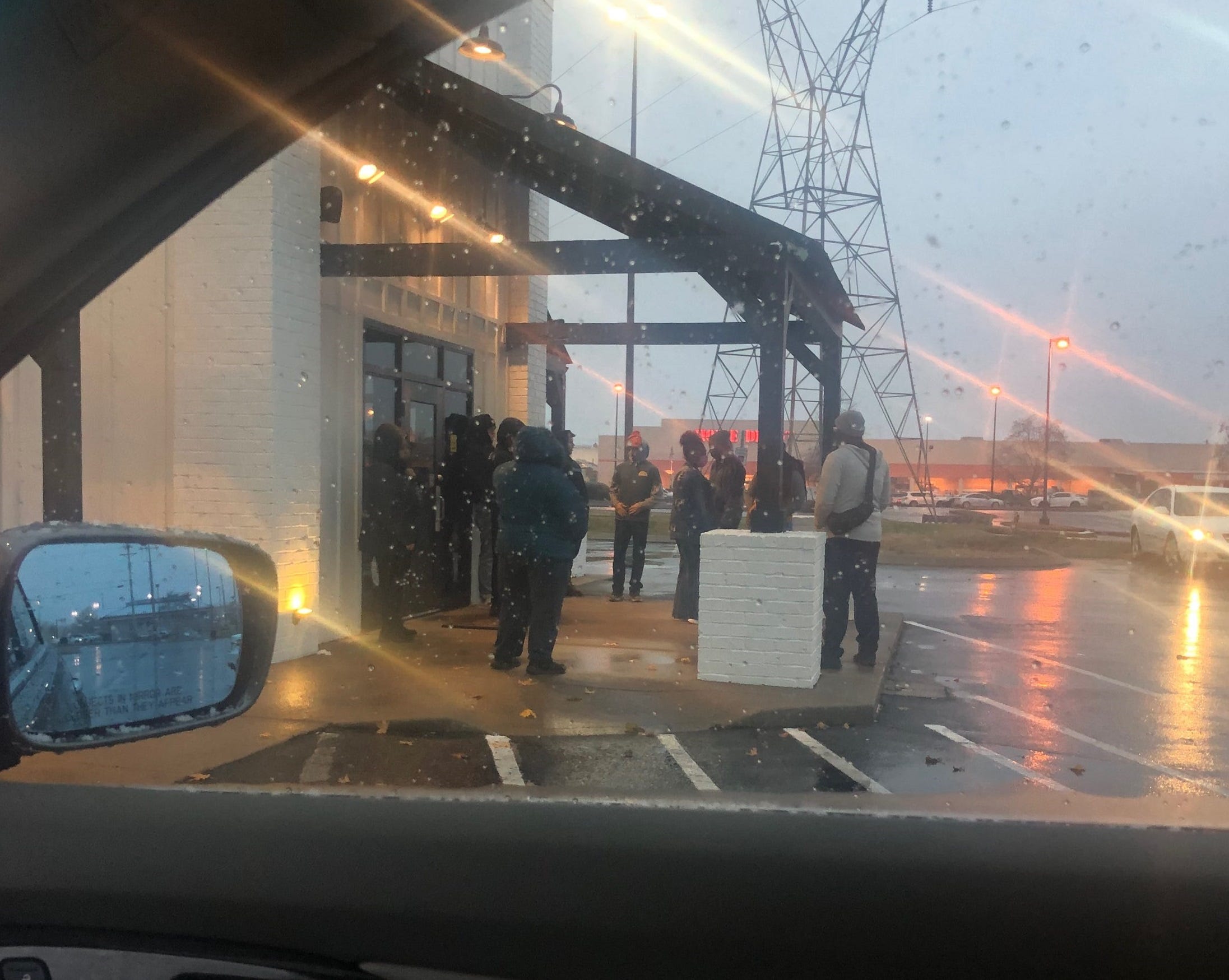 Peach Cobbler Factory employees gathered in front of the Pepper+Peach Hot Chicken restaurant in Murfreesboro on Monday to wait on checks that were promised to them by 4 p.m.

Beonca James, operations manager for the small Middle Tennessee company who was fired by Edgerton last week, said she prepared the checks for employees to be given out Monday.

But the checks were never signed and given out to employees, Brown said, and they were told they would be paid the following Monday.

Edgerton said in a text to The Daily News Journal that he reached out to employees affected and “made them aware when their checks will be available.”

“There was a miscommunication today with a former employee causing the disturbance this afternoon,” Edgerton said in the text, referring to James’ attempt to pay employees.

Edgerton blamed the closure of Pepper+Peach on the “second wave of COVID-19, which has caused a dramatic decline in business over the last few weeks” since the restaurant opened in October. 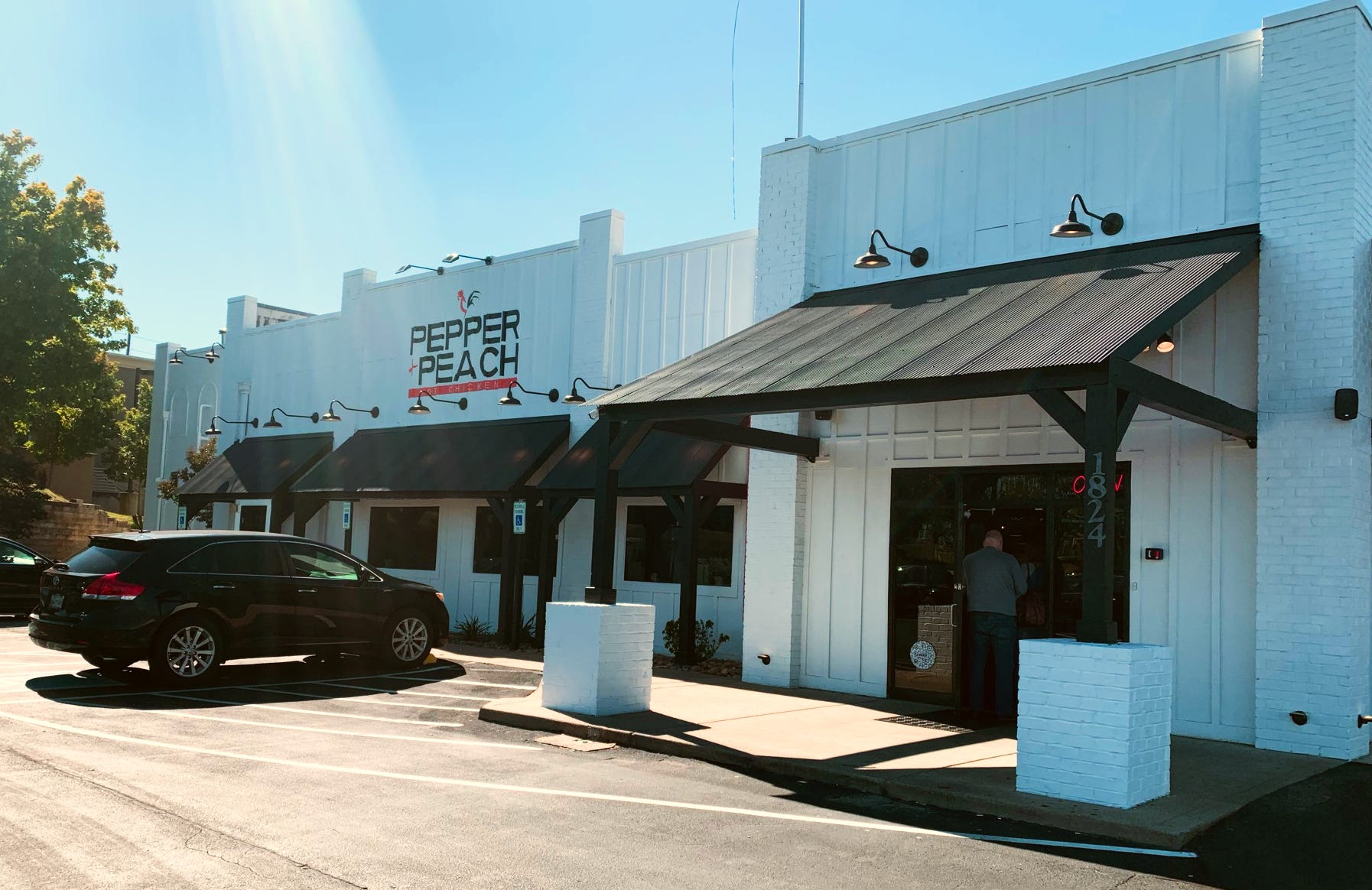 “We knew we faced an uphill battle opening a new restaurant concept in the middle of a pandemic, but we were optimistic and forged ahead anyway,” Edgerton said. “Our restaurant will not be able to withstand the slow winter months along with the uptick in COVID cases and business restrictions.”

In addition to opening Pepper+Peach in October, Edgerton opened a Peach Cobbler Factory in Smyrna in July as well as an East Nashville location for the chain in early November. And plans are in the works for one in Lafayette, Louisiana, although Edgerton has not confirmed opening this location will proceed amid the current controversy.

The original Peach Cobbler Factory first operated as a food truck and has been open over seven years.

Brown said the quality of product has changed dramatically. Instead of made-from-scratch cobblers, which the company was known for, Brown said Pepper+Peach began serving a commercially made product instead and posted a photo of the brand on his Facebook page.

James said she also saw a quick decline in recent weeks. She first started at Pepper+Peach as a customer who saw “chaos” at the restaurant and left her table to start helping employees. She said Edgerton hired her then.

“We definitely improved a lot as far as customer service,” James said. But after staffing changes, reduced hours for employees and a slowdown in business, James said it’s “gone downhill.”

Brown said he saw problems coming when he began receiving partial payments through an online money app instead of a paycheck stub “with no evidence of taxes being taken out.” And he had to “beg for” those payments, too.

“Then I started noticing other people not getting payments,” Brown said.

The situation at Pepper+Peach culminated with the employees protesting their lost wages on Monday and plans are in the works to stand outside Pepper+Peach Tuesday afternoon until they do get paid.

Reach reporter Nancy DeGennaro at degennaro@dnj.com and follow her on Twitter @NanDeGennaro. Keep up with restaurant news by joining Good Eats in the ‘Boro (and beyond) on Facebook.

No Players Elected To Hall Of Fame