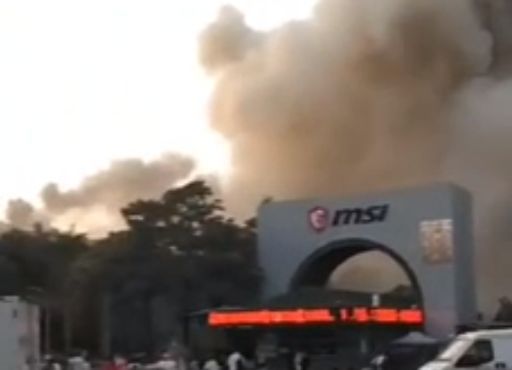 Update: MSI has issued the following statement regarding the fire at its MSI Baoan factory in Shenzhen:

“A fire accident occurred in MSI Baoan factory in Shenzhen on November 5th afternoon. MSI activated its emergency measures and notified the fire department to deal with it immediately. No injuries were caused and the production line was not damaged. In the future, MSI will continue to strengthen the education and training of personnel. At present, all units are operating normally. Thank you for your concern.”

Original story: A video recently posted to Reddit with the caption “MSI HQ in China apparently just went up in flames There goes my 3080” shows a fire at an MSI plant in Kunshan. While not actually MSI’s headquarters—that would be in Taiwan, where the hardware manufacturer is based—the plant is a significant site, housing two factories and an R&D center when it was inaugurated in 2003.

As yet, we don’t know if anyone was hurt in the fire or what effect it could have on production. So no, there’s no way of knowing if your GeForce RTX 3080 just went up in smoke.

MSI’s CEO, Charles Chiang, died just four months ago after falling from the seventh floor of a building in Taiwan’s capital, Taipei.