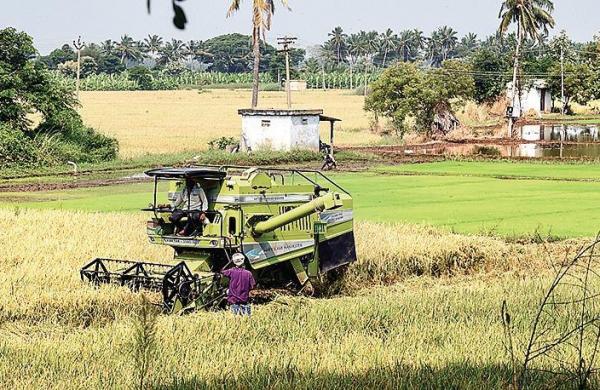 VIJAYAWADA:  Alleging large-scale irregularities and corruption in procurement of paddy in the State, TDP MP Galla Jayadev has lodged a complaint with the Union Secretary, Food and Public Distribution, seeking an inquiry by a Central agency and action against the culprits.In a letter addressed to the Union Secretary, the Guntur MP, with particular reference to the paddy procurement in Nellore district,  alleged that that millers/middlemen along with a section of officials had swindled money to the tune of `500 crore to `700 crore in the district alone.

Explaining about the case studies of a few farmers, who were deprived of getting Minimum Support Price (MSP) for their produce and were forced to sell their paddy at lower prices than the MSP fixed by the government, he said only around 40 per cent of paddy was procured directly from farmers.

Alleging that miller/middlemen approached farmers and procured paddy for a far less price than the MSP announced by the government, he said miller/middlemen in connivance with the local procurement officials entered binami details in the online database. Huge gaps can be found, if the data of eCrop database and yield data pertaining to the agriculture department is compared with that of the State Civil Supplies Corporation’s database. These gaps in databases are an indication of a huge corruption, he alleged.

Why this crisis is a ‘disguised blessing’ – Financial Times