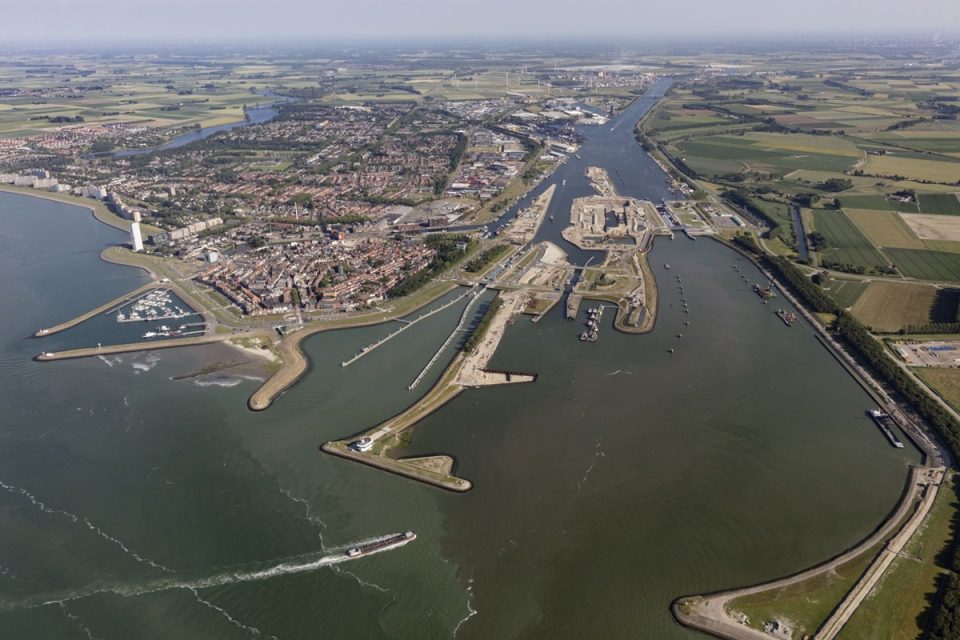 After the EU Commission decided to include the North Sea Port in the North Sea-Baltic corridor, Belgium, Flanders, and the Netherlands came together to seal the deal and explore the possibilities of the latest development. The three parties signed a letter of intent to improve the railway connection Ghent-Terneuzen. They aim to jointly develop the accessibility to the North Sea Port by rail further.

Various representatives of the three parties signed the letter of intent. Among them was the Dutch Minister for Infrastructure and Water Management Stientje van Veldhoven, the Belgian Minister of Mobility, Georges Gilkinet, and the Flemish Minister of Mobility and Public Works Lydia Peeters. “The transport of goods by train is a sustainable alternative to road transport, which is why it is good that we are looking at possible new rail connections. Improvement of the rail connection between Ghent and Terneuzen comes a step closer. It is good that the Netherlands and Belgium are working together on this”, commented van Veldhoven.

Belgium/Flanders and the Netherlands will invest two million each to develop the Ghent-Terneuzen canal zone. Moreover, they hope that EU support will not be missing from their endeavour. Apart from the initial plans to enhance North Sea Port’s connectivity with rail freight corridors (RFCs), the parties concerned have three more infrastructure projects in mind.

They want to launch a new connection on the canal’s east bank between the Dutch town Axel and the Belgian town Zelzate, a new south-east curve in the track east of the Sluiskil bridge, and they also want to extend and open up to the north of the rail bundle at the Kluizendok ( ‘Zandeken’). The new connection on the east bank between Axel and Zelzate could provide more capacities to the preexisting rail freight network. Moreover, such a rail link could also reduce traffic via the Sluiskil Bridge, Terneuzen and Wondelgem (Ghent), relieving these current bottlenecks.

The new south-east curve in the Sluiskil Bridge’s track ensures trains to and from the Dutch Axelse Vlakte (between Terneuzen and Zelzate) can enter the European railway network directly and faster. Finally, developments on the track bundle at Kluizendok could also increase rail capacities on the Canal’s western bank and improve the port area’s logistics.

Being included in one of the European Rail Freight Corridors (RFC’s) means being part of the prioritised railway network in Europe. The port is now part of three of these corridors. Apart from the North-Sea Baltic (NSB) corridor, the North Sea Port was already included in the Rhine-Alpine corridor and the North Sea-Mediterranean corridor.

The NSB corridor connects the most important North Sea ports with Central Europe and the Baltic States, providing a rail bridge between eastern and western Europe. It runs from Belgium and the Netherlands via Germany, Poland, Lithuania and Latvia to Estonia. In Poland, the corridor connects to the New Silk Road.

Joining the third corridor is good news for the port and the port companies since optimal accessibility is vital for its growth. “Better rail access for North Sea Port is in line with the Belgian government’s ambition to double the volume of freight transport by rail by 2030”, said Georges Gilkinet. His Flemish counterpart, Lydia Peeters, also mentioned that “from Flanders, we only applaud an initiative like Rail Ghent-Terneuzen. It is an example of how we can achieve our modal shift objectives through cooperation. A shift towards the railways reduces freight traffic by road, but it also provides a logistical and economic boost, with ultimately a positive impact on our air quality and climate”.