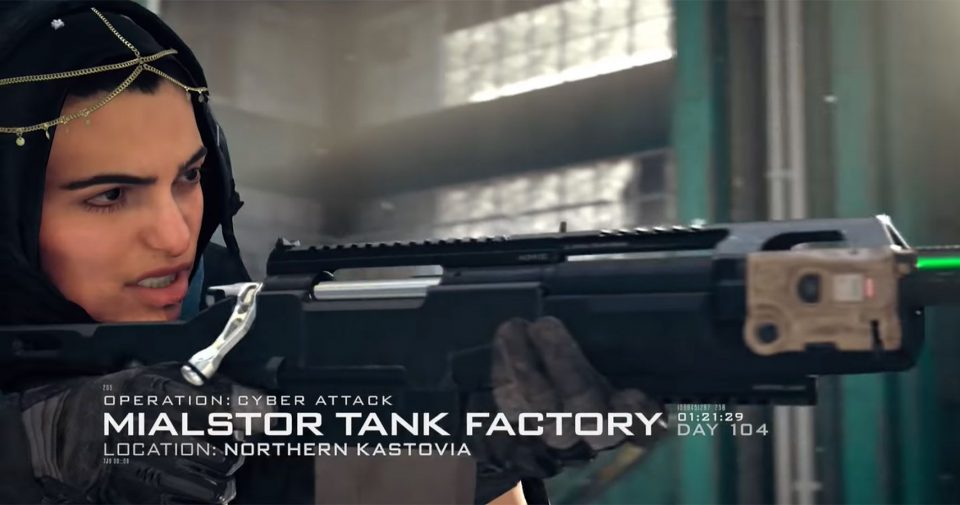 There’s a new map in Call of Duty: Modern Warfare.

Call of Duty Modern Warfare and Warzone got a season six update just a few days ago and it brought with it a ton of new content to get your hands on. The thing that Activision was pushing yesterday, though, was the new Modern Warfare multiplayer map, Mialstor Tank Factory—which is now live.

A lot of hype went into the addition of the subway system, which—don’t get us wrong—is very exciting (very exciting), but the update also brought with it new operators, maps, and maybe even a night mode. The majority of the updates thus far have been heavy on the Warzone side of things, though, leaving classic multiplayer to deal with essentially the same content they had a year ago.

Related: Warzone Will Take Up Half Of Your Xbox Series S Storage

Thankfully, there are finally some new maps to play on. The one that Activision highlighted though, was the Mialstor Tank Factor. This map looked familiar to a lot of players, prompting them to call foul and say that Activision was simply recycling old content with a facelift. The map does bear a passing resemblance to older maps, (like Freight from Ghosts) but it’s not exactly the same.

There’s a partially enclosed catwalk, for example, that connects two large warehouses in the middle of the map that is going to concentrate a lot of fire—especially since objective games will force you to go there. The rest of the map is fairly wide open, so you’re going to want to go with marksmen rifles, or snipers if you think you can get your shots off quickly enough.

Based on the preview video that Activision gave us, it looks like Tank Factory was designed for objective games like Domination and Search and Destroy, so expect to see it a lot if you like those game variants. Of course, if you don’t like it, there isn’t much that you can do, given Modern Warfare’s lack of map voting. However, that feature is rumored to be returning in Cold War, so you shouldn’t have to wait long before you can (assuming everyone agrees with you) skip all of the maps that you hate.

Up Next: Crash 4 Doesn’t Change Itself To Fit In

Surprise! A New Smash DLC Fighter Will Be Announced Tomorrow

Michael spent some time owning and running a bar. He is currently living on wheels with his wife, playing video games, guitar, and watching Pewdiepie comment on memes. #Floorgang

Airfreight set to see spikes of demand in Q4, but rate rises will be calmer