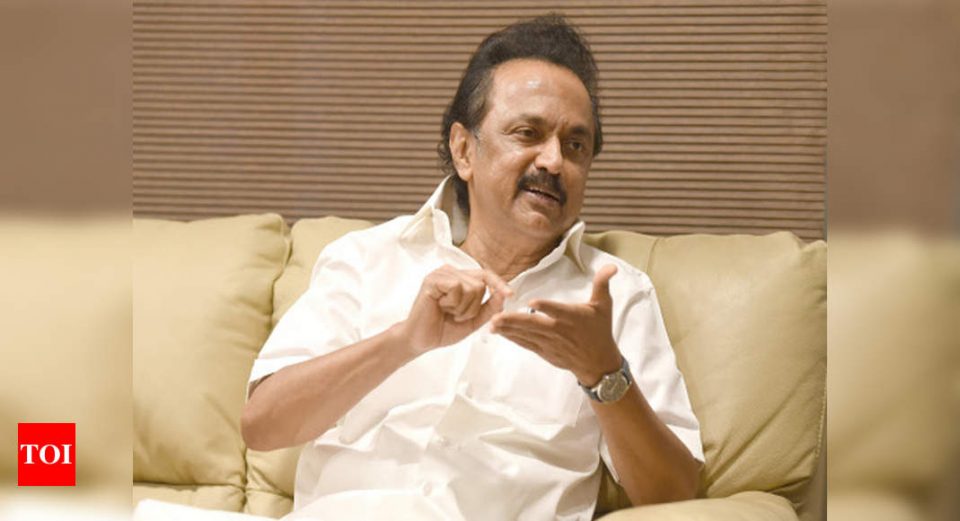 CHENNAI: DMK president M K Stalin on Wednesday urged the state government to open enough procurement centres for procuring the paddy produced by the farmers in the delta districts. He also asked government to procure the entire quantity of paddy brought to the centres by the farmers and not to limit any upper limit.
“Reports from the delta districts indicate that the AIADMK government has not opened up enough paddy procurement centres. As a result, farmers are suffering losses as paddy stored in the open is getting drenched in rain and spoilt. This clearly shows the anti-farmer approach of the AIADMK government headed by Edappadi K Palaniswami,” Stalin said in a statement. In certain cases, where procurement centres are operating, they are not procuring more than 1,000 bags per day. Such restrictions too are affecting the farmers, Stalin said. “Hence the government should immediately order opening sufficient procurement centres and also procure the entire quantity of the paddy brought in by the farmers to mitigate their problems and help them to sell their produce in their time of the need,” Stalin said.
previous post