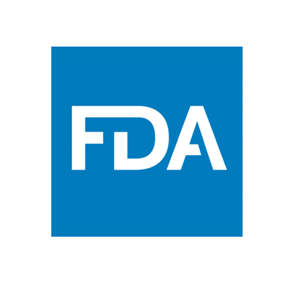 Emails from an executive and sales staff falsely touted an inhaled steroid preparation as a treatment for COVID-19, prompting a warning from the branch of the US Food and Drug Administration (FDA) that oversees drug promotion.

This communication, together with one directed to the application holder of a weight loss medication, made the third and fourth warning letters of the year issued by FDA’s Office of Prescription Drug Promotion (OPDP).

In a 24 September letter, OPDP warned South Carolina-based Nephron Pharmaceuticals’ chief executive officer that emails touting the generic inhaled asthma medication budesonide as a “silver bullet” for COVID-19 were misleading. Also, said OPDP, the emails did not provide information about potential risks associated with budesonide use.

In its letter, OPDP quoted a “prominent headline claim” from the offending email: “’BUDESONIDE RELIEVES RESPIRATORY SYMPTOMS ASSOCIATED WITH COVID-19’ (emphasis original), in conjunction with an image of your product and what appears to be SARS-CoV-2.” This email, said OPDP, was sent by Nephron CEO Lou Kennedy.

The warning letter came when the Nephron July 2020 emails were reviewed after submission to FDA’s Bad Ad Program. According to OPDP, the email also contained the following violative language: “Over the last few weeks, doctors and researchers have touted the benefits of using Budesonide as a treatment for symptoms associated with COVID-19. One physician, who went viral this month, called Budesonide a ‘silver bullet.’”

Also, said FDA, an email sent by a sales representative contained a link to a YouTube video of a physician who reported “successful treatment” of COVID patients with budesonide along with an antibiotic. OPDP quoted the email further: “You may want to share this with your respiratory team and pulmonary docs. Cost effective way to treat Coronavirus!”

Budesonide is not approved or authorized to treat COVID-19, so these statements are misleading, said FDA. But that was not the only problem with Nephron’s promotional materials. “The emails are also false or misleading in that they represent that Budesonide has certain benefits, but fail to include any risk information about the drug,” said OPDP in its letter (emphasis original).

This omission also means the emails are misbranded, since the emails did not reference any of the contraindications for use of budesonide or the potential for the many serious adverse events known to be associated with corticosteroid use. “These violations are concerning from a public health perspective because they create a misleading impression about the safety and effectiveness of Budesonide for the treatment of COVID-19 and suggest a use for which the labeling does not provide adequate directions for safe and effective use of the product,” said the letter.

FDA requested Nephron to cease its misbranded advertising and/or to cease interstate commerce of its budesonide, and to submit a written response by 6 October that includes a plan for dissemination of corrective messaging to rectify the messaging in the misleading promotional materials.

In other OPDP action, Nalpropion Pharmaceuticals also received a warning letter prompted in part by a Bad Ad Program submission.

Nalpropion markets Contrave (naltrexone hydrochloride and bupropion hydrochloride) as a medicine to be used in conjunction with diet and physical activity for chronic weight management for adults meeting criteria for obesity or overweight with comorbidities.

Contrave carries a black box warning for risk of suicidal thoughts and behaviors; the medicine is also contraindicated in many populations depending on comorbidities or concomitant medication use.

Noting that advertising that fails to reveal material facts can be as misleading as promotional materials that make unfounded claims, OPDP cited Nalpropion for a sponsored link claiming that with Contrave, patients can “Lose 2-4x more weight on average than with diet and exercise alone!”

“The sponsored link, however, entirely omits all risk information,” said OPDP in the letter. “This misleading presentation is particularly alarming from a public health perspective given that the sponsored link utilizes claims that could appeal to patients who seek assistance with their weight-loss goals, but fails to communicate that Contrave is associated with serious and potentially life-threatening risks,” said the agency. Contrave’s efficacy was also presented in a misleading light because Nalpropion cherry-picked clinical trial data in the marketing materials, said FDA.

OPDP noted that Contrave’s previous application holder, Orexigen, received an Untitled Letter in 2017 for a television advertisement that also omitted important risk information about the product.

As with Nephron, OPDP is demanding Contrave cease its misbranding by removing the offending links and/or stop interstate commerce of Contrave; Nalpropion also must submit a written plan for corrective advertising that addresses the violative content it promulgated.

A Blast in the Backyard: The Role of EMS in Hazmat Disasters