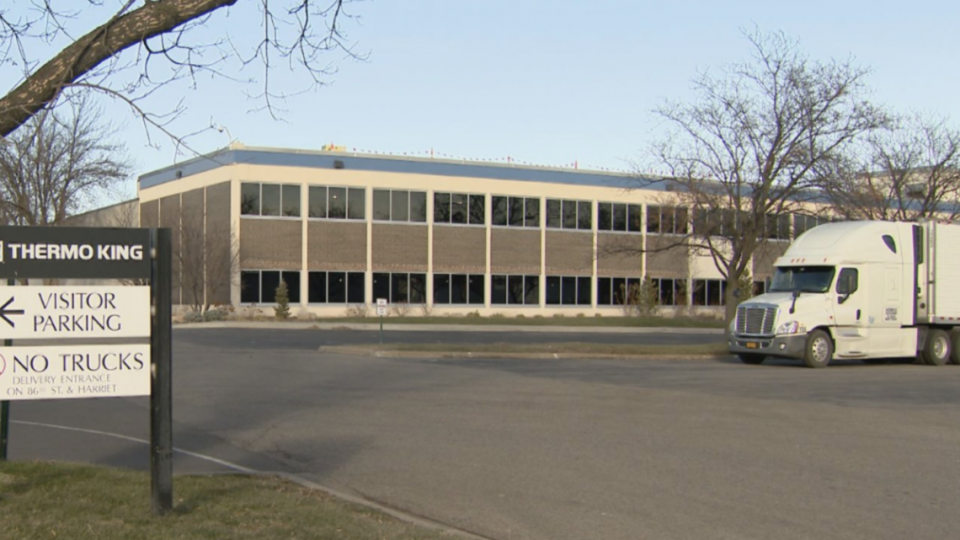 Thermo King once kept food fresh for troops during World War II. Now, it will rise to the challenge to refrigerate COVID-19 vaccines.

Shortly before World War II, Minnesota-based U.S. Thermo Control Company introduced the revolutionary concept of transport refrigeration to the world, allowing trucks to haul frozen foods and perishables to every corner of the United States.

The company, co-founded by renowned inventor Frederick McKinley Jones and businessman Joseph Numero, helped store items at controlled temperatures as they crossed “through mountain blizzards and desert heat,” according to a May 1950 article in the Minneapolis Sunday Tribune. During the war, these refrigeration units “kept food fresh on island bases and dropped into steaming jungle with parachute troops.”

And just as the company’s refrigeration products helped the United States defeat the Axis powers, Thermo King will help the country distribute COVID-19 vaccines over the next several months, to hopefully conquer a pandemic that has claimed more than 270,000 American lives.

“We take pride in being a part of this, being the company that invented this space in terms of refrigeration,” Vice President of Sales Dwayne Cowan said, “and now being part of this solution that will safeguard people.”

Thermo King, a subsidiary of Trane Technologies, will protect the livelihood of the various COVID-19 vaccines through a process known as the “cold chain.” As federal and state governments coordinate the rollout in late 2020 and early 2021, the company’s products will keep doses at ice-cold temperatures as they travel to destinations by air, rail or truck.

The Thermo King “SuperFreezer,” for example, can store goods at temperatures as low as -70 degrees Celsius. Remarkably, the product was originally designed to ship sashimi-grade tuna.

That number – minus-70 – is important, because it’s the same temperature that Pfizer needs to store its vaccine. Moderna, the other company applying for FDA authorization in the U.S., requires a temperature of -20 degrees Celsius for its own vaccine.

“Vaccines have to stay at a specific temperature, so that they maintain their strength and potency, and are still good when they go into someone’s arm,” said Julie Swann, a distinguished professor at North Carolina State University and a supply chain expert who advised the CDC’s response to swine flu. “Public health systems will be partnering with private industry on various solutions in the ‘cold chain,’ everything from specialty freezers to dry ice, to perhaps mobile fans. These partnerships are really helpful to making sure the vaccine gets to where it needs to go, and stays at the appropriate temperature.”

According to Swann, the variation in temperatures for storage may play a role in vaccine distribution. With more specialty freezers available in densely-population areas (particularly those with research universities nearby), the Pfizer vaccine and its -70 degree Celsius requirement might skew toward cities. The Moderna vaccine, on the other hand, may be more appropriate for rural areas because it doesn’t need to stay quite as cold.

“If both vaccines have good safety and efficacy, that may be okay,” Swann said. “If there are differences, then we may be worried about inequities across the system.”

The “cold chain” is not a new concept for companies like Thermo King, but the COVID-19 vaccine may present unprecedented challenges.

Cowan, the Vice President of Sales, called the benchmark of -70 degrees Celsius “unordinary”.

“When you start seeing the different temperatures required to haul, and the amount – 12 billion to 15 billion vaccines across the world – that will need to be transported,” Cowan said, “we knew we would have to play a role in supporting.”

It’s a role the original founders would applaud – especially Frederick McKinley Jones, known to history as the “King of Cool.”

“Transport refrigeration was started in Minneapolis in 1938. Frederick McKinley Jones has the patent, an African-American in Minnesota, homegrown,” Cowan said. “We’re very proud of our start in creating the industry in Minnesota, and now what we’re doing to support the transportation of this vaccine.”

Data and the Supply Chain

How IT Leaders Can Protect Against Supply Chain Compromises