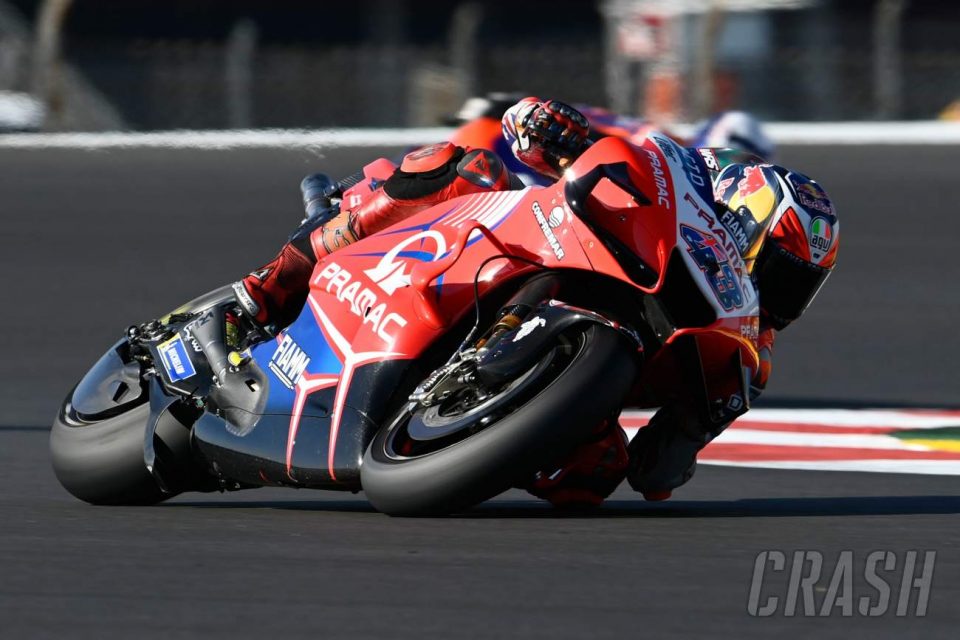 Jack Miller is confident he can go one better than last time out in Valencia as he eyes victory from the Portuguese MotoGP front row in what will be his final MotoGP outing with the Pramac Racing team before stepping up to the factory Ducati set-up.

Though the Australian has established himself as a familiar face at the front of the field over the past two seasons, he is yet to secure that elusive win for himself and, perhaps most significantly, Pramac Racing.

Indeed, while Miller at least has one victory in MotoGP to his name, it would otherwise mark a first for Pramac Racing which – in a story reminiscent of rivals Tech 3 Racing – have achieved 20 podiums without topping it in 18 years.

Provided Miller can call upon the form that went to the wire against Morbidelli in Spain, he could be in with a shout after qualifying third on the grid aboard a Ducati much quicker through the speed traps than the machines directly around him.

“I have been feeling good from the beginning. A pole would have been nice but front row is key in MotoGP, it makes it a lot easier for Sunday but I am excited for tomorrow’s race. I am feeling quietly confident – [but] not over-confident – so the key thing for us is to get away from the start.

“My strategy is different to Franco’s, I am more worried about those last couple of laps, I have experienced a couple of tyres drop off and it’s not a fun feeling so I want to avoid that at all costs.”

Acclimatising to the new Portimao circuit, Miller says he used team-mate Pecco Bagnaia as a reference for overtaking but warned the nature of the venue and its location can make things somewhat dicey.

“I caught Pecco off guard,” he continued. “I passed him into Turn 1 because I wanted to understand how it was like passing someone there. Pecco said when I came past, the wind that hit him – the buffer of wind off my bike – blew him off the edge of the track and he couldn’t turn into turn one.

We will have to watch that tomorrow, but the Ducati normally has some decent legs on it so no-one should be passing me there but never say never. It will be interesting on the first laps in the group, a lot of the corners you leave the door open on the entry and there is a big opportunity for someone to stub you and block pass you, but it is the fastest way around.”