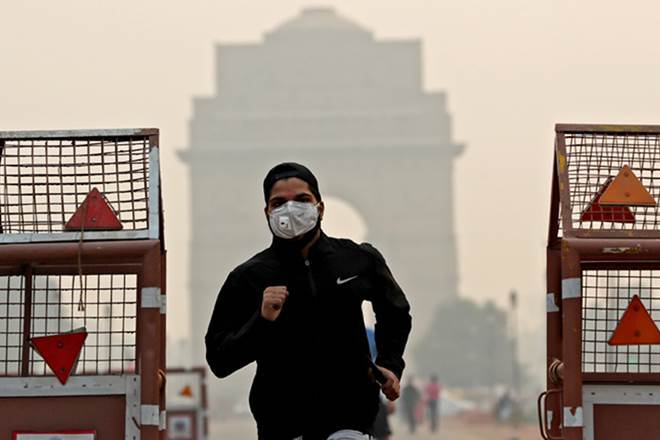 Over the last few years, as concern over air pollution has grown, residents who have spent their entire lives in the Delhi-NCR region have made the difficult decision to relocate. Although, this phenomenon appears to be limited to the elite who can afford it. In fact, a recent online survey carried out by The Economic Times indicated 78% of the 2,272 respondents listed the “high level of pollution” as the main reason for wishing to move out of India’s metropolitan cities; 30% wanted to shift out in five years, and another 26% just waiting for the right job to come along. A survey on Coping with Pollution was conducted this year to gauge the reactions of residents of the region to the air pollution levels. It received more than 17,000 responses, 40% of whom indicated they would prefer to leave Delhi-NCR and relocate elsewhere to avoid the toxic air. The choice to migrate due to pollution has seen an increase from 35% in last year’s survey, with this being dependent upon the ability to find job opportunities elsewhere.
Examining human mobility in response to changes in air pollution is a complex task because there are economic benefits of living in big cities—more job opportunities, higher pay, better medical and education facilities, superior infrastructure, etc—which make them susceptible to higher pollution. These factors actually cause massive flows of in-migration into such areas, where economic prosperity is a trade-off against the harms of pollution. However, in the face of increasingly toxic environments, people have decided that the economic opportunities presented by polluted cities are not worth the cost to their health and their children’s future. This cluster of “pollution refugees” or “air pollution migrants” has been growing steadily, temporarily or sometimes even permanently, resettling in places with a better quality of air and life.

Research across the world has demonstrated that air pollution, and environmental degradation have a significant impact on the inflows and outflows of migration. China is a notable example in this context, where following high-profile global coverage of the 2013 “airpocalypse”, Beijing declared a “war on pollution”. A study conducted in China by the National Bureau of Economic Research in 2017 indicated that in spite of governmental restrictions on migration and its high costs, there has been increasing human mobility with increasing air pollution. It noted that a county that saw an increase of 10% in the air pollution in a year, with everything else constant, would experience about a 2.7% reduction in its population. Few studies from the Czech Republic also confirm negative effects of air pollution on net migration, demonstrating that air pollution can become a negative externality and act as a driver of out-migration or prevent in-migration. Another empirical study at the provincial level in Italy suggested that environmental pollution has begun to gain prominence in the public domain, and eventually it would induce larger human outflows towards places with a better quality of life.

When anthropogenic disasters are assessed in the larger context of climate change, we see an impending crisis needing immediate attention. Throughout the world, the effects of climate change can be witnessed in the form of rising sea levels, inundation of coastal lands, destruction of fragile ecosystems, and natural disasters, like floods, cyclones, droughts, etc, increasing in frequency and intensity. As a response, human mobility in and out of climate ‘hotspots’ is steadily rising, and most of this migratory flux is internal. According to a recent report by the World Bank, “worsening impacts of climate change in three densely populated regions of the world could see over 140 million people move within their countries’ borders by 2050, creating a looming human crisis and threatening the development process”.

India is particularly vulnerable to the effects of climate change, with around 68% of the country being prone to drought, 60% to earthquakes, and 75% of the coastline being vulnerable to cyclones and tsunamis. These physical factors, in combination with the country’s high population density, poverty levels, rapid urbanisation, and environmental degradation, make it the country most at risk of damage and displacement associated with disasters in South Asia. However, there is little recognition of the impact of climate change on human mobility in India, and there is a notable lacuna in policies at the intersection of climate change and migration at both the national and state levels.

In order to best address this gap in Indian policy, policymakers must look to integrate resilience into India’s environment-dependent agrarian economies, and explore the adaptive capacities of the communities that manage to cope without migration. Policies must address urbanisation and sustainable development, and be geared towards mainstreaming migration into development planning. Any meaningful corrective action is possible only with a proper statistical database, the creation of which urgently requires systematic data collection and scientific analysis on the issue of climate-mediated migration. We need to better understand the demographics of pre- and post-migration, income and household profiles of those who decide to migrate, migration trends in terms of ‘climate hotspots’ that send and receive migrants, impediments and facilitators of environmental migration, and the duration and nature of migration, whether temporary or permanent. India, being particularly vulnerable to climate change, needs to plan ahead to avoid large-scale loss and damage.

Ultimately, migration is an individual decision, taken in response to changing life circumstances, and local environmental conditions. Climate change is known to amplify the vulnerabilities of individuals and communities as a whole by exacerbating underlying factors, besides aggravating frequency and intensity of hazards. The poor encounter complex, reinforcing pressures of political marginality, economic disadvantage, and environmental vulnerability, and in the face of both slow-onset climate change impacts and natural or anthropogenic disasters, find themselves in distress. They either find themselves displaced and forced to migrate, or, alternatively, are trapped in circumstances where they want or need to leave, but cannot, held as hostages of climate change. We need to address the climatic drivers of migration, along with the interlinked goals of reducing poverty, fighting hunger and achieving food security, and promoting sustainable development in order to ensure that migration is a choice, and not a necessity.

Get live Stock Prices from BSE and NSE and latest NAV, portfolio of Mutual Funds, calculate your tax by Income Tax Calculator, know market’s Top Gainers, Top Losers & Best Equity Funds. Like us on Facebook and follow us on Twitter.