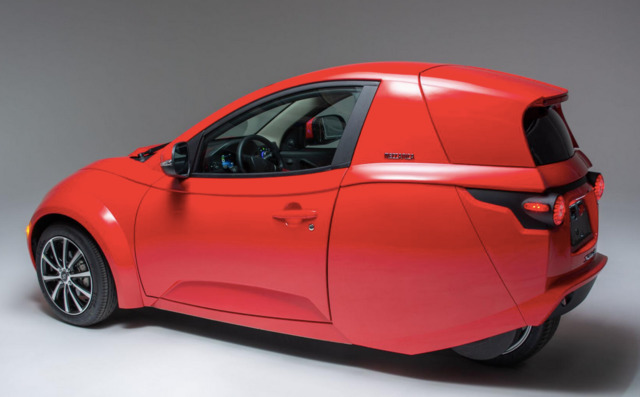 A Canadian electric car manufacturer has selected the Nashville area as a finalist for the location of its new manufacturing plant.

Vancouver-based ElectraMeccanica hopes to build a new plant to produce it’s tiny, three-wheeled SOLO model. The single passenger car has a range of 100 miles and a top speed of 80 miles per hour. The company claims that the proposed plant would generate between 200 and 500 jobs.

ElectraMeccanica began searching for a U.S. manufacturing location in February. The company initially identified potential sites in seven states, and has now narrowed the search down to the areas around Nashville and Phoenix. If the company selects Nashville, the plant would be the third car manufacturing facility in the area, joining the Nissan plant in Smyrna and the GM plant in Spring Hill.

Tom Stringer, a consultant who is leading the site selection process, said Tennessee’s history of car manufacturing makes it an attractive location. The state already has an established supply chain for car components. Stringer also said that the state has lots of workers with experience working in gas-powered car plants.

“Those skills are very transferable,” he said. “Obviously, every product line is different. You need training on the parts and the machinery, but the understanding and the skill sets … those are all very transferable, and Tennessee has a really good pool of that talent.”

That would make it difficult to build in a densely populated area. However, the company is also hoping to select an area that plans to integrate electric vehicle infrastructure into its transportation system. Stringer said the company was impressed with the plans to build charging stations in both Nashville and Phoenix.

ElectraMeccanica already has a production facility in China. That factory will now create kits of parts that will then be assembled in the U.S. plant. The Chinese factory will also produce cars for the Asian market. According to a press release, the goal is to use the U.S. plant to avoid costly tariffs.

The tiny SOLO isn’t on the road yet. However, ElectraMeccanica has already started production and expects to deliver the first orders this fall. The company plans to announce the location of the new plant before the end of the year.