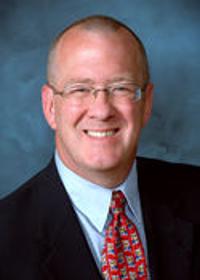 From time to time it is helpful to think hard about Indiana’s manufacturing economy — what’s been happening to it, where it is going and what the future may hold. This is an election year, which brings with it a series of sordid untruths that need to be rectified. Moreover, the response to the COVID-19 pandemic holds a long-term prognosis for factory production and employment in Indiana.

To begin, I want to slay the biggest myth that surrounds the manufacturing industry, which is that it is in decline. With the exception of a recession, the trend has been inexorably positive. In inflation-adjusted dollars, factory production in the United States peaked in 2019. However, factory employment has been declining since 1979.

Last year, we in the U.S. produced 170% more manufactured goods than we did in 1979 (when employment peaked), but we did so with 37% fewer employees. Back in 1979, when factories were at peak employment, it required 17.28 workers to produce $1 million worth of goods in today’s dollars. Last year, American factories needed just 6.25 workers to produce the same $1 million worth of goods. The name we’ve coined for this phenomenon is “economic growth.”

The story for Indiana is similar. GDP growth in manufacturing has been slower than the nation as newer factories opened outside the Rust Belt. Still, the growth in average worker productivity has been similar over the past four decades.

Among the fastest shocks to productivity happened in the early 2000s. During this time, U.S. imports rose, and factories became far more productive. From 2000 to 2007, U.S. factory productivity grew an average of 2.7% a year. That was faster than in the 1990s, which saw a 1.0% average annual growth in labor productivity. But, from 2010 to 2018, the average productivity growth was 0% per year.

If demand for goods grows faster than productivity, factories are forced to add workers. When productivity grows faster than the demand for goods, they shed employees. So, the early 2000s saw a rapid loss of factory jobs, while we’ve seen steady growth in factory employment from 2010 to 2018. In fact, in Indiana, factory employment grew steadily over a nine-year period for perhaps the first time in our state’s history. Just as things were going well, Mr. Trump decided it was time for a trade war.

The trade war began in earnest in March 2018 and ended the steady growth of factory employment that characterized the recovery following the Great Recession. Goods produced in Indiana were most heavily affected by tariffs and retaliation by our trading partners. Last year was disastrous for Indiana manufacturing. By January 2020, the last month before the COVID recession, Indiana had lost 5,300 factory jobs to the trade war.

Along with most other Midwestern states, the deeply ill-considered trade war with China plunged Indiana into a near recession before COVID made it to the United States. Since then, the situation worsened significantly. Since February, Indiana has lost a further 34,000 factory jobs. The biggest drop-off came in the early days of the pandemic. The job losses fortunately contained a number of short-term layoffs. Since April, about 60% of those workers have been recalled, but the recovery has stalled. It seems likely that a significant share of these jobs are permanently lost.

Part of those job losses in Indiana are due to shifts in the mix of manufactured goods Americans buy. Here in Indiana, we produce a wide array of goods, but are over-represented in sectors that face declining demand due to COVID. For example, automobile and transportation equipment experienced a deep decline in the past few months. While some of that will recover, there are reasons to believe employment may not.

American factories are overdue for a period of productivity growth. While that may not happen, there are signs that we are in the beginning stages of one. First, productivity growth tends to come in cycles, as some new technology or production process replaces older ones. This doesn’t have to be associated with some new technology, in fact there is typically a long lag between new technologies and their application to production. So, pretty mundane technologies ranging from expansions to basic automation and more effective digital inventory systems could boost productivity.

The response to COVID has cut borrowing costs to as close to zero as is possible, making new investments in technology far less costly. This alone would make investment in people less attractive than investment in capital.

In short, manufacturing employment seems unlikely to rebound strongly from where it sits in late September 2020. Even if the effects of COVID disappear entirely, it is likely the four-decade trend of declining factory employment in Indiana will continue to affect our economic landscape through the foreseeable future.

Michael J. Hicks, Ph.D., is director of the Center for Business and Economic Research and a professor of economics at Ball State University. Contact him at cberdirector@bsu.edu

Potatoes and pirouettes at the Albert Bartlett factory

MotoGP, Bagnaia: “Having a factory Ducati motivates me, but I’m not thinking about the podium”

View: The Defence Procurement Manual 2020 is a step towards attaining ‘AatmaNirbhar Bharat’

Surging Investments Towards Innovation to Spur the Growth of the Bill of Material Management Software Market 2016 – 2026 –...