MGM has formed a new overseas distribution partnership with Warner Bros. that will begin in November with the Luca Guadagnino film “Bones and All” and continue for at least three years.

The deal, which will see Warner receive a new stream of incremental revenue through distribution fees, comes just two months after Pamela Abdy and Michael De Luca left their position as heads of MGM to become co-chairs and CEOs of Warner Bros. Motion Picture Group. They negotiated the deal with MGM’s COO Christopher Brearton; Warner’s international distribution chief Andrew Cripps will oversee distribution of these titles.

The new agreement also includes worldwide physical home entertainment distribution on all newly released MGM titles. Under the terms of this deal, MGM and Warner will collaborate on overseas marketing/advertising, publicity, film distribution and exhibitor relations for all of MGM’s films starting in 2023, with Warner responsible for execution. 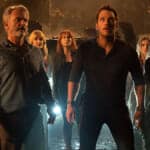 Warner Bros. will handle overseas distribution on Bond films after the new actor’s debut movie, which is not expected to begin production until 2024 at the earliest. Other MGM films being handled internationally by Universal as part of the outgoing distribution deal are Orion Pictures’ “Till,” a biopic about the murder of Emmett Till being released in October, and the Sarah Polley drama “Women Talking” starring Frances McDormand, which will be released in December.

After the release of “Bones and All” this November, the Warner/MGM partnership will begin in earnest next spring with “Creed III,” the third installment in the “Rocky” spinoff series that will also be the directorial debut of the film’s star, Michael B. Jordan. The film is set for release in March.

The deal was first reported by Deadline.

Classic Attack On Titan Funko Pops To Look Out For

DHEC board voted for population based vaccine distribution model