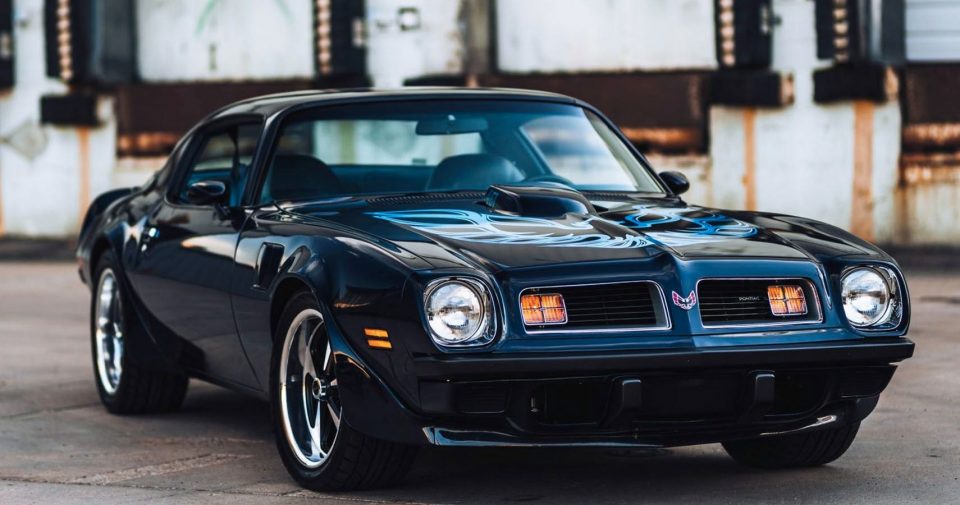 This 1975 Trans Am restomod on Bring a Trailer has a 461ci V8 with an Edelbrock intake manifold and Tremec five-speed manual transmission.

Amid today’s modern muscle car wars, Detroit’s Big Three have produced some awesome cars. But as great as the Shelby Mustangs, Camaros, Challengers, and Chargers might be, the original muscle car era produced many more classics. A large reason for that fact is that many companies have been shuttered, from Pontiac to Mercury to AMC and more. Every so often, rumors swirl that, for example, General Motors could revive Pontiac to produce a variant of the Camaro — but they never seem to pan out. In the meantime, anyone who needs a Pontiac but doesn’t think these muscle cars ever left the factory with enough power can go right ahead and bid on this 1975 Trans Am restomod currently listed on the auction website Bring a Trailer.

Heart Of The Build

Closely related to the third-gen Camaro, this era of Pontiac Trans Am is most famous for appearing in the film Smokey and the Bandit with Burt Reynolds. But the sad truth is that a build like this only gives the car the kind of power it deserved. Under the hood, a beastly 461ci V8 has been installed along with an Edelbrock intake manifold, an aluminum radiator, and a Tremec five-speed manual gearbox.

RELATED: This Supercharged ‘68 Camaro Restomod Is A Thing Of Beauty

The Best Of The Rest

The build is far too comprehensive to fully list here, but other mechanical highlights include ceramic-coated headers, a heavily upgraded suspension system from Detroit Speed Inc, a custom rack-and-pinion steering setup, and coilovers all around. The exterior was also repainted in dark blue, while a custom hood and matching rear spoiler have been installed.

On the interior, a Formula steering wheel fronts a custom gauge cluster including displays for oil pressure and coolant temp. Amenities include power windows, aftermarket sound, and Vintage Air climate control. Bidding already sits at $45,197 with six days remaining until the final gavel.

Torstein Salvesen grew up surrounded by Los Angeles car culture, going to small enthusiast meets and enormous industry shows. He learned to drive stick shift in a 1948 Chevy pickup with no first gear and currently struggles through LA traffic in a 2001 Audi TT 6-speed. These days he mostly rides his bicycle in town and heads out to Malibu or the Angeles Crest Highway for fun mornings in the canyons. He’s written in various media since graduating from UC Berkeley in 2010.

The killer whale has unseated the great white shark as the ocean’s most feared predator, study finds

Preparing Your Logistics for Q4 and Beyond