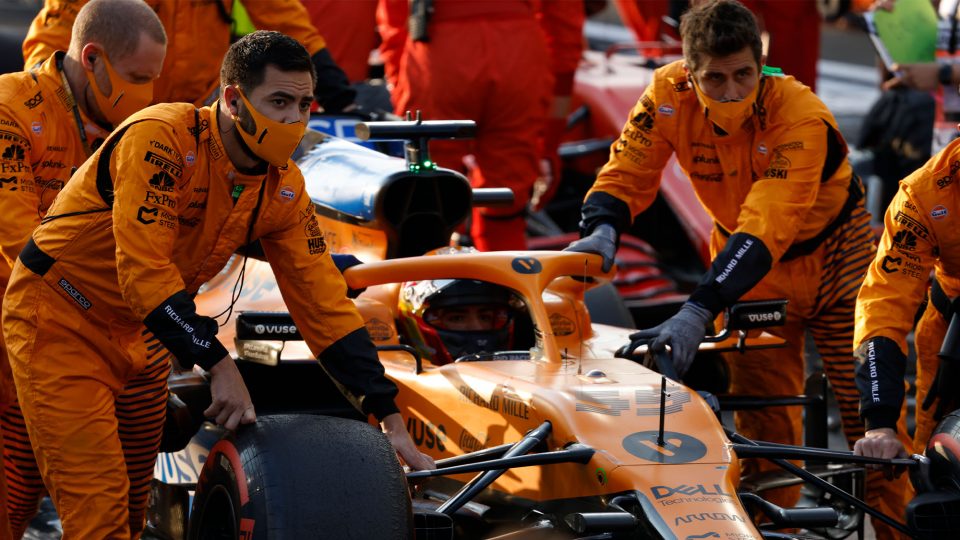 McLaren was hit hard by the economic impact of Covid-19 in 2020.

A lack of revenue from motorsport activities, the halting of its road car manufacturing coupled with a huge downturn in sales, in addition to reduced demand for its technological solutions, meant the Woking company had to cut 1,200 jobs across its Formula 1, road-car and applied technologies businesses.

In an attempt to shore up its finances, the team managed to secure a $150m loan in June from the Bahrain national bank, and subsequently announced plans to sell and lease back its own headquarters, the McLaren Technology Centre. No sale has as yet been confirmed.

“The task is clear,” said Seidl. “We simply work hard on reducing costs in order in all areas of the business we are in, in order to make sure that we protect our people as much as we can.

“Because in the end, it’s our people that make the difference.”

Thanks to clever initiatives such as sea-freighting its garage equipment, Seidl says the savings made have not impacted on the F1 car’s speed or the abilities of the race squad.

“In terms of performance, I’m quite happy with the progress we could make so far,” he commented. “There’s still some fine-tuning required until, say mid season, probably.

“But we have conditions in place. We have a lot of people working on this topic, because in the end it will define how competitive we are in the future.”

The cap is still a work in progress and Brown highlighted that it is likely to be tweaked, with the agreement of rivals, as the year goes on.

“The FIA and the teams and Formula 1 have been working continuously on defining it and and regulating it,” he said.

“While I’m sure there’ll be learnings from year one, and it won’t be perfect, I think they’ll get it right. And I think it will achieve what we were hoping to achieve, which is a more level playing field.”