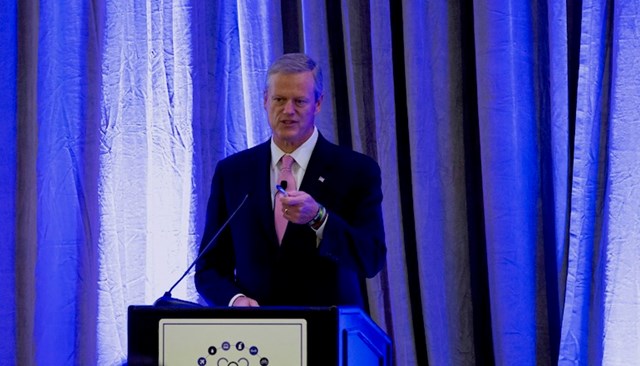 The Massachusetts state legislature has increased its offshore wind target to 5600MW for the state.

It also raises the State’s Renewable Portfolio target to 40% by 2030.

The legislation will now go to state Governor Charlie Baker (pictured) for approval.

“The Commonwealth has long been a leader in embracing clean, affordable energy and this new legislation means that more of the jobs and investments associated with zero-carbon electricity will belong to Massachusetts.

“This includes the onshore economic benefits of wind and solar development, as well as a significant piece of the 83,000 jobs and $57bn in (€45.48bn) economic investment that offshore wind is set to bring to the East Coast within this decade.”

Massachusetts has already awarded contracts to the 800MW Vineyard Wind and the 804MW Mayflower Wind projects.