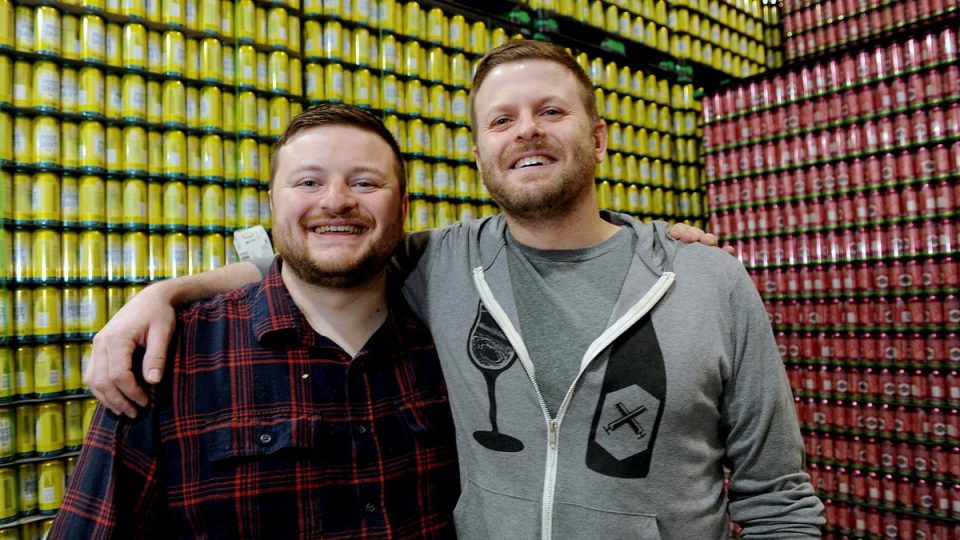 Sam Hendler was still in his office at Jack’s Abby brewing in Framingham at 2:45 a.m. on Wednesday, with a livestream of the proceedings in the Massachusetts House playing on his computer.

Hendler, the founder of the brewery, had spoken to Senate President Karen Spilka on the phone about an hour earlier, and everything seemed to be falling into place. After 10 years, the Legislature was on the cusp of finally approving a deal he helped negotiate with beer wholesalers over distribution rights for small craft beers.

But he needed to watch the vote himself. He would wind up driving home and watching the final vote from bed.

In the waning moments of the legislative session early Wednesday morning, the House and Senate came together to pass a bill that would make it easier for craft brewers to sever their contracts with their distributor if they feel their product is not being properly marketed.

The issues has been a matter of bitter debate over the past decade as distributors fought to preserve their contract rights, and small brewers sought greater flexibility to grow their brand as the craft beer market exploded.

Under current law, a brewer is locked into their relationship with a distributor indefinitely after six months of doing business together, unless they can prove to state regulators that the distribution company violated one in a set of very specific conditions. Small brewers have said that this can inhibit their ability to grow sales, especially if a distributor serves larger, more established clients and doesn’t prioritize their craft brand.

“I’m thrilled. We’re waiting anxiously for a signed bill. We have learned our lesson that nothing is done until it’s done but are very, very excited to have cleared this hurdle,” Hendler said.

The Massachusetts Brewers Guild and the Beer Distributors of Massachusetts announced in July that they had struck a deal to allow any qualified brewer that produces under 250,000 barrels of beer a year to terminate their relationship with their current distributor without having to show cause.

In exchange, the brewer would have to pay fair market value for the brand and buy back the wholesaler’s inventory and promotional materials. One key component of the compromise was that the threshold was set at a level that would exclude Boston Beer, the brewer of Sam Adams, from the arrangement.

But after the Senate quickly passed the legislation that had been agreed to by all stakeholders, the bill languished in the House, until Wednesday night.

Spilka alluded to some “concerns” House leaders had with the bill, and an amendment was agreed to soon after that had to do with what might happen if a court struck down any part of a new law an unconstitutional.

The bill before Gov. Baker now makes clear that if any part of the new arrangement is deemed unconstitutional, such as the 250,000 barrel threshold, then the whole law would become void and the status quo contractual relationships between brewers and distributors would remain in place.

Bill Kelley, president of the Beer Distributors of Massachusetts, described the changes as “wordsmithing” and something his organization supported. Hendler said the brewers also approved of the new language, and did not view it as altering the underlying intent of the bill.

The other changes involved removing a section that gave the Alcoholic Beverages Control Commission the authority to award legal fees to the prevailing party in a dispute over distribution rights, according to those involved in the talks.

Joe Salois, the owner and president of Atlas Distributing in Auburn, helped negotiate the original bill and the changes, and was also up watching as the final votes were taken at 3:20 a.m.

“Last night was probably the first all-nighter I’ve had since I was a teenager,” Salois said. “It turned out to be a long night and long process, but a great night and an achievement we’re all proud of.”

Now both sides will wait to see how Baker responds to the bill. Because the session ended Wednesday night, he can either sign it or veto it, but there is no opportunity for further amendments.

“I have only reason to believe there will be full support from the governor and the lieutenant governor,” Salois said. “We’re hopeful and would obviously love to see the governor sign it.”

Food distribution to halt at Cajun Field; Second Harvest to serve in other efforts | Coronavirus

A local look at the European wine tariffs

NEWS ROUNDUP: Here’re the top startup stories of the week