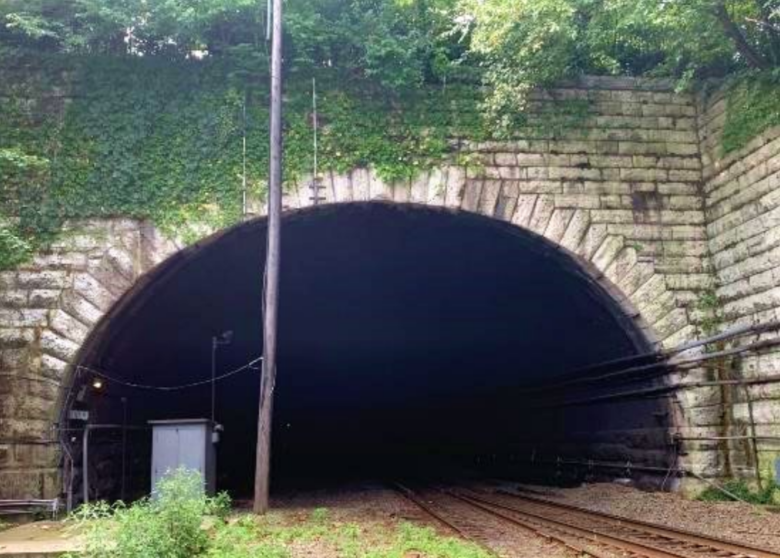 Maryland Gov. Larry Hogan said a new project that broke ground in Baltimore Monday will be “an absolute game-changer” for the entire region.

Maryland Gov. Larry Hogan said a new project that broke ground in Baltimore on Monday will be “an absolute game-changer” for the entire region.

Hogan joined officials at the mouth of the 126-year-old Howard Street tunnel in Baltimore to break ground on a $466 million project that will allow trains to double-stack containers heading to and from the Port of Baltimore.

Hogan said the project would provide “a more cost-effective way to transport more freight by rail rather than by trucks.” He predicted the project would also “reduce fuel consumption by 137 million gallons, and it will help reduce congestion and emissions all along the I-95 corridor.”

Maryland Transportation Secretary Greg Slater emphasized the importance of the extra capacity that the tunnel project creates, and how double-stacked containers would remove the shipping bottleneck at the aging tunnel.

“This is supply chain. This is big infrastructure. This is what everyone’s talking about,” Slater said.

The project faced a number of hurdles, from concerns about the price tag to the engineering challenges presented by the aging infrastructure. U.S. Sen. Ben Cardin thanked Hogan for his leadership on the project, saying, “This has been bi-partisan; it’s been Team Maryland, and we’ve gotten it done.”

Hogan said passenger rail would also be getting attention, with a project to modernize Baltimore’s Penn Station. Maryland will also work with Amtrak “to finally replace the 148 year old B&P tunnel with a new Frederick Douglass tunnel, which will fix the worst bottleneck between Washington, D.C., and New Jersey,” Hogan said.

According to Amtrak’s website, the Baltimore and Potomac Tunnel, just south of Penn Station, “suffers from a variety of age-related issues such as excessive water infiltration, a deteriorating structure and a sinking floor.” The website states that more than 10% of weekday trains are delayed in the 1.4-mile tunnel.

Plans for the new B&P tunnel include two “new high-capacity tubes for electrified passenger trains” along with a new West Baltimore MARC station.

Buttigieg pledges $241M to ports, but how much will address supply chain woes? – Fox Baltimore