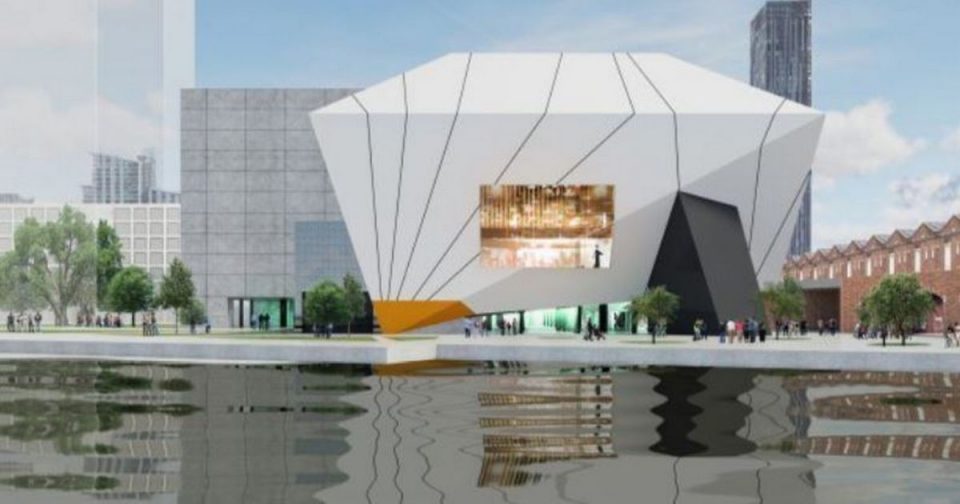 Manchester’s flagship Factory arts project is set to get ANOTHER cash injection from the council – this time a £45m loan to keep it moving while extra grant funding is sought.

That will make the council’s current contribution to the scheme nearly five times higher than originally intended.

It is not now expected to open until the end of 2022, more than three years late.

The project was unveiled by George Osborne six years ago as a landmark new arts institution for the north and subsequently confirmed as the future home of Manchester International Festival.

At the time, the government put £78m into the scheme and the council contributed gap funding of £21.6m, with fundraising and arts grants taking the total budget to £110m.

But since then the project has hit a string of hitches, including in 2017, when it emerged that the designs for the centre’s orchestra pit were too small and the acoustics not appropriate.

It has also had a steady stream of financial problems, leading the council to first plough in an additional £19m in 2018, followed by another £10m in the summer of this year.

Those bailouts were variously attributed to the cost of unique and specialist design, delays on-site during the early stages of the pandemic, construction inflation and the cost of removing utilities from a complex site.

But the latest cash – which the council insists would be ‘bridge’ funding and not a permanent contribution – would see its original financial support for the project more than quadruple, from just under £22m to £96m.

Overall the project’s budget has now increased by more than two thirds.

The latest loan is due to be discussed largely in private by councillors next week, with the council citing commercial confidentiality.

It is understood that around half of the £45m sum is due to Covid-related delays, which have seen work slow down during the pandemic as a result of social distancing and staffing issues.

Manchester town hall says Covid has had a ‘profound impact on the cost and programme’ and is the ‘biggest single reason’ for the budget increase.

The council also points to ‘issues associated with the unprecedented nature of the building’ due to ‘its scale, ambition and complexity’ – as an additional factor, including the need for stringent sound insulation in a residential area, although an exact breakdown of the cost rise has not been made public.

Additionally £10m of the sum is being put aside for contingency and may not need to be spent, it says.

The council also insists that its own financial situation – which has been severely hit by the pandemic and is expected to trigger huge cuts next year – means it cannot afford to permanently provide the cash, so it is intended to be a temporary loan.

It says ‘the majority’ of that will then be recouped ‘through bids to national funding sources’ and the rest through increased fundraising.

The town hall also believes the project will be needed more than ever as the city looks to get out of recession, as it expects the Factory to provide 1,500 new jobs over the course of a decade and add £1.1bn to the economy in that time.

Sir Richard Leese, Leader of Manchester City Council, said: “The Factory will not just be a world-leading arts performance space right here in Manchester  –  it will be one of the transformative projects powering the city’s economic recovery from the impacts of the coronavirus pandemic.

“It will create and support jobs, attracting hundreds of thousands of visitors to the city each year, and provide a wealth of training and skills development opportunities for Manchester people to pursue careers in the creative sector.

“The Factory will act as a key anchor institution for our recovering cultural sector and a major catalyst for further investment and job creation in the burgeoning St John’s quarter.

“Delivering something as unique and game-changing as The Factory is always going to involve some unforeseen challenges, and as these go the global Covid-19 pandemic is pretty monumental.

“The serious financial consequences of the crisis mean that the council is not in a position to commit further funding to this project but, as is the Manchester way, we will be resourceful and find other ways to ensure we create something special.

“This is a project which will have enormous benefits for the city and its people. It’s precisely because of these difficult times that it is even more important than ever that we deliver it.”

Tom Bloxham MBE, Manchester International Festival Chair, said: “The Factory will have a major impact on the lives of people living across Manchester, and will transform the cultural scene in the UK.

“As Manchester International Festival has already shown, The Factory will also strengthen Manchester’s reputation as an internationally important centre for culture and creativity, and as a significant international destination, but like MIF it will be proudly rooted in our great city.

“The Factory will play a key role in the lives of Greater Manchester residents, building on MIF’s record of working with communities, as audiences and as participants, and bringing jobs, skills, training and creative opportunities for local people and artists, as well as commercial benefit for Manchester’s businesses.”