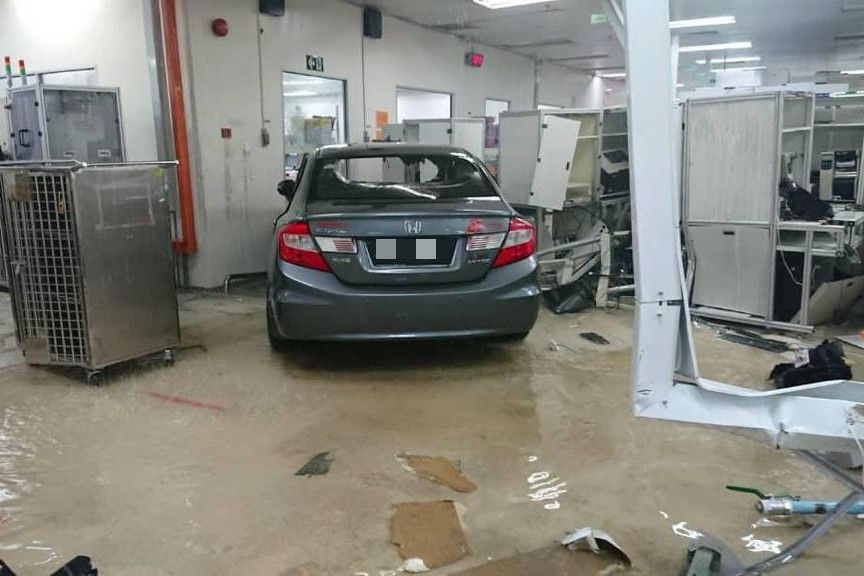 IPOH: A factory manager who rammed his car into and tried to set fire to his place of work at the Chemor Industrial Area near here died in a road accident after causing extensive damage to the building.

The 52-year-old man, who had been suspended from his job, died when a trailer hit him shortly after leaving the building.

Ipoh OCPD Asst Comm A. Asmadi Abdul Aziz said the man drove his car into the factory’s office and attempted to set the building on fire in the 6.40pm incident on Thursday (Nov 5).

“He rammed his car into the human resource department in the factory, which was about 500m from the main gate.

“He then got down from his car and threw a Molotov cocktail,” said ACP Asmadi, adding that the man then rammed his car into another room.

“The fire in the office was put out by security personnel and there were no other injuries reported,” he said.

The man then left the premises through the front entrance on foot.

“The Fire and Rescue Department was also called in,” he said, adding that the man did not carry any weapons with him.

The damage caused was estimated at RM1mil.

ACP Asmadi said shortly after, police received a report that the man had been hit by a trailer on Jalan Kuala Kangsar near the IGB Industrial Area at 7.45pm.

“There were witnesses who claimed that the man had purposely walked onto the road.

“We believe the incident at the factory was because he was unhappy for being suspended since September due to disciplinary problems,” he said.

“The case is being investigated under Section 427 and 448 of the Penal Code and Section 41(1) of the Road Transport Act,” he added.

Three real solutions for shortage of air capacity for flowers