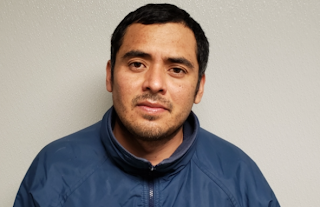 
Hyattsville, MD – February 24, 2020 – The Criminal Investigation Division’s Internet Crimes Against Children Task Force identified and arrested a man who sexually assaulted a 14-year-old male and took photos during that assault. The suspect is 37-year-old Marvin Amaya Diaz of the 2200 block of University Boulevard in the Lewisdale area. The suspect and victim are not related and had recently met each other in the Lewisdale area.


On January 16th, 2020, our task force detectives received 27 tips from the National Center for Missing and Exploited Children regarding Diaz. Using various investigative techniques, the detectives were able to identify and locate him. He was arrested on February 20, 2020.


During the execution of a search warrant at his residence, investigators discovered approximately 1,000 child exploitative images and videos. Among those images were photos involving the sexual assault of the 14-year-old male. The suspect sexually assaulted the victim one time on January 16th, 2020, at the victim’s home. At this point in our investigation, we have discovered no evidence of Diaz sharing the images of the assault of the 14-year-old victim. So far, the teen is the only victim Diaz is charged with sexually assaulting but there is concern additional victims are possible.


The other approximately 1,000 images and videos collected as evidence are dated between September of 2016 and December of 2019. At this time, there is no evidence Diaz produced any of those images.


Investigators would like to speak to anyone with relevant information on Diaz or may have been a victim. Detectives can be reached at 301-772-4930. Callers wishing to remain anonymous may call Crime Solvers at 1-866-411-TIPS (8477), or go online at www.pgcrimesolvers.com, or use the “P3 Tips” mobile app (search “P3 Tips” in the Apple Store or Google Play to download the app onto your mobile device.)

‘The most disruptive thing to hit markets in many years’: 5 financial experts sound off on coronavirus chaos, and what it means for investors

‘Tiny Warehouses’: The Answer to Last-Mile Distribution In Big Cities

America needs N95 masks. These importers are donating to hospitals.