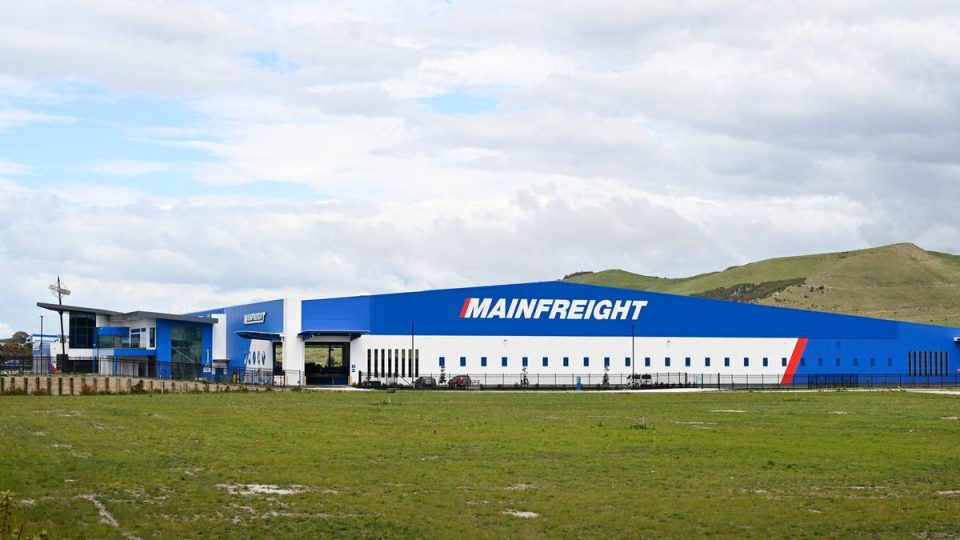 Mainfreight said it had a strong first half and said it was optimistic about the outlook. Photo / Bay of Plenty Times

Shares in Mainfreight hit a record high after the company said its first half pre-tax profit is estimated to have leapt by 23.4 per cent to $102 million.

The global logistics company said it remained optimistic about the outlook.

The company, which is holding an investor day presentation today, said in a market update that revenue for the 26 weeks to September was estimated to have improved by 7.2 per cent to $1.6 billion.

In transport, Mainfreight said it was gaining market share and that its margins were holding up.

The company opened a Levin branch during the Covid-19 and completed a new facility at Tauranga.

Projects for Gore, Spring Creek and Whakatane are in the design and build phase.

In warehousing, there had been increased levels of sourcing enquiry.

Three new warehouses had opened since March– two in Auckland and one in Hamilton.

In its ocean and air transport division, Mainfreight had made a “courageous effort” in transporting personal protection equipment needed for the Covid-19 pandemic.

The company said there had been ongoing trading improvements from established customers, and increasing market shares across all three divisions.

Seasonal increases in trading, pre-Christmas, were expected and the company remained “cautiously optimistic”.

Mainfreight’s first half result is due on November 11.