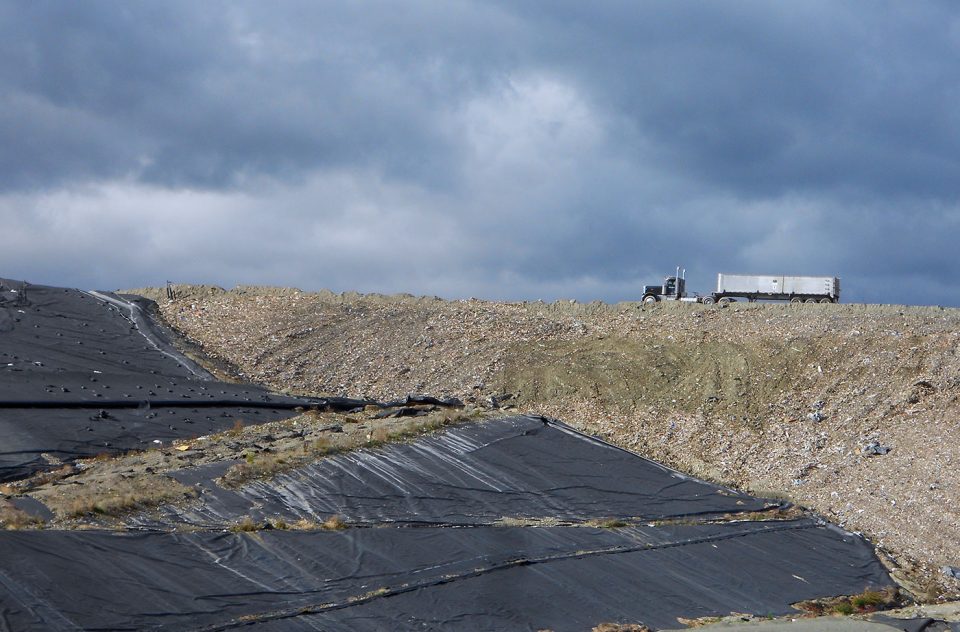 (September 16, 2020) — A group of Maine residents and the Penobscot Nation will call on the Board of Environmental Protection (BEP) at their September 17th meeting to support a citizen’s petition that will ban out-of-state waste from being disposed in State-owned landfills and enact greater environmental justice protections for those communities directly impacted by the state’s licensing and permitting decisions.

The citizen’s petition being considered by BEP was brought forward by the community group Don’t Waste ME, a coalition of impacted Mainers advocating for policies that protect the health of communities most at risk from negative impacts of solid waste facilities.

“Maine’s laws should protect the health and well-being of people who live near landfills, but that is not the case today,” said Hillary Lister of Augusta who is the Maine resident named in the petition. “As surrounding states have strengthened policies to promote environmental justice and limit landfilling, the State of Maine has weakened protections for local people while allowing exploitation of loopholes, which incentivize importing toxic waste that is dumped in our central Maine communities.”

Maine owns three landfills. The only one currently in operation is Juniper Ridge Landfill in Old Town and Alton and is managed by New England Waste Services of Maine (NEWSME), LLC, a subsidiary of Casella Waste Systems, Inc.

The citizen’s petition being considered by the BEP specifically calls for new rules that would no longer allow Maine’s solid waste processing facilities to dispose of residuals at State-owned landfills unless the waste originated from actual Maine sources.

“Unfortunately, Maine has allowed hundreds of thousands of tons of out-of-state waste to be landfilled in our state simply by changing the legal definition,” said John Banks, Natural Resources Director for the Penobscot Nation. “The result is that we’ve become the dumping ground for states to our south. It is time to correct this massive injustice.”

The amount of waste going to the Juniper Ridge Landfill has increased a stunning 32% since 2012, and the 2017 disposal amounts were 40% higher than the maximum amounts anticipated in 2004 when Maine first acquired the landfill. A complex web of confusing laws and regulations have created loopholes that have allowed private waste disposal companies to bring out-of-state waste to Maine.

“We need better definitions, tracking of all waste inputs and disposals (including landfill leachate), and statewide protections for communities adversely affected by waste disposal and handling facilities,” said Ed Spencer of Old Town. “Without these efforts, the quality of life in Maine is threatened and our reputation as a refuge from the afflictions of overpopulation elsewhere is at risk.”

“Landfilling is the least environmentally sound method for handling waste,” said Bill Lippincott of Hampden. “We need to ensure that waste imported from out of state does not wind up in State-owned landfills, to ensure that industry players are not gaming the system, to ensure that the long-term capacity of Juniper Ridge is not jeopardized by practices that run counter to our statutory state waste hierarchy.”

The growing amount of toxic out-of-state waste being placed at Juniper Ridge has also reinforced long-standing concerning from neighboring communities, including the Penobscot Nation, about the negative impacts the landfill has on the health of humans and the natural environment.

The citizen’s petition also calls for the addition of environmental justice and equal protection definitions to the Chapter 400 rules governing landfills. The new language would affirm that any licensing or permitting decision would ensure that the proposed facility operation would not harm the health and welfare of local communities and would not unfairly or disproportionately burden those communities with pollution.

“We need to manage our waste better, but more importantly, we need to protect our communities better,” said Dana Colihan of Community Action Works. “All too often, the people most impacted by environmental problems are not invited to the table when decisions affecting them are being made. Mainers who live next to landfills are speaking out, and the state must listen.”

Well-documented harmful impacts of landfills include:

“We believe that the concerns and protection of communities surrounding Juniper Ridge and other landfills deserve at least equal consideration to the businesses that are impacted by licensing and permitting decisions,” said Sarah Nichols, Sustainable Maine Director at the Natural Resources Council of Maine. “Taxpayers purchased these landfills to restrict out-of-state waste, but unfortunately we’re now seeing massive amounts crossing our borders and creating unacceptable harm to Maine people and Maine native populations.”

Don’t Waste ME is a coalition of people across Maine advocating for responsible policies that protect the health of communities most at risk from negative impacts of landfill, incinerator, leachate, and sludge disposal operations.

BiH Council of Ministers has approved the Procurement of Coronavirus Vaccines