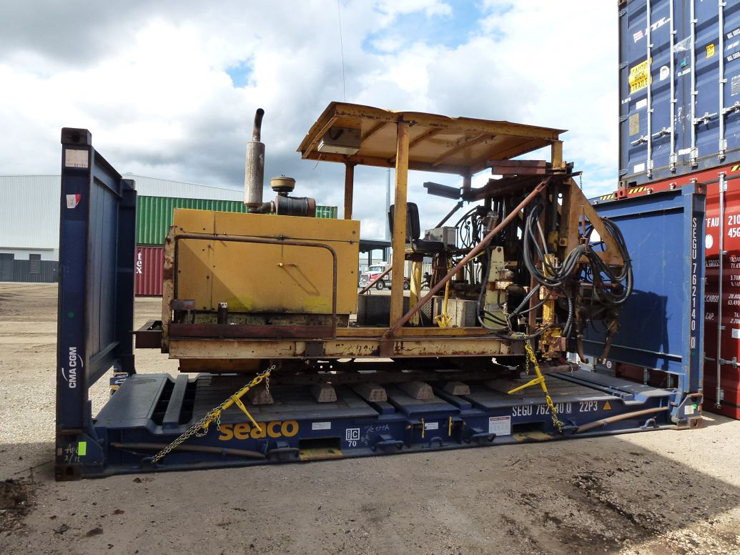 ALNA, Maine — A 2-foot gauge tamper is on its way from Australia to the Wiscasset, Waterville & Farmington Railway Museum, culminating an 18-month effort by the museum to secure an operational narrow gauge tamper.

In a moment of serendipity, the WW&F approached the Wilmar organization just a few days after it decided to retire several older tampers and salvage them for parts to keep other tampers running. Wilmar officials agreed to make one tamper, a 1975 Tamper-Harsco Australia “Vibratool,” available. The design is identical to standard-gauge Vibratool tampers in the U.S.

WW&F engaged a sympathetic third-party freight forwarder in Australia, who handled transport, packing, and loading the machine. It was trucked about 680 miles from the sugar mill at Proserpine, Queensland, to the Port of Brisbane, where it was prepared and loaded aboard a ship bound for New York. Following its arrival, it will be trucked to the WW&F. It is expected to arrive in Maine in January 2021.

David J. Buczkowski, president of the WW&F Railway Museum, is excited about the donation.

“Thanks to the incredible generosity of the good folks at Wilmar Sugar, the WW&F will now have a professionally built 2-foot gauge tamper which has capabilities beyond our homebuilt tamper,” Buczkowski says. “It will be a huge help in completing and maintaining our 3.4 mile right of way. In the quaint way the WW&F has of naming its MOW equipment, we’re naming the tamper ‘Wilmar’ in honor of its donor.”

Wilmar Sugar Australia is the country’s largest sugar milling company. It operates 994 miles of 2-foot gauge railway with 75 locomotives and 16,000 cane cars (known as bins) to move sugar cane to eight sugar mills in Queensland. During the sugar harvest season, from late May into November, the railway operate 24/7. Wilmar harvests 16 million tons of cane annually.

by Key Manufacturers with Countries, Type, Application and Forecast Till 2025 – Daily Science