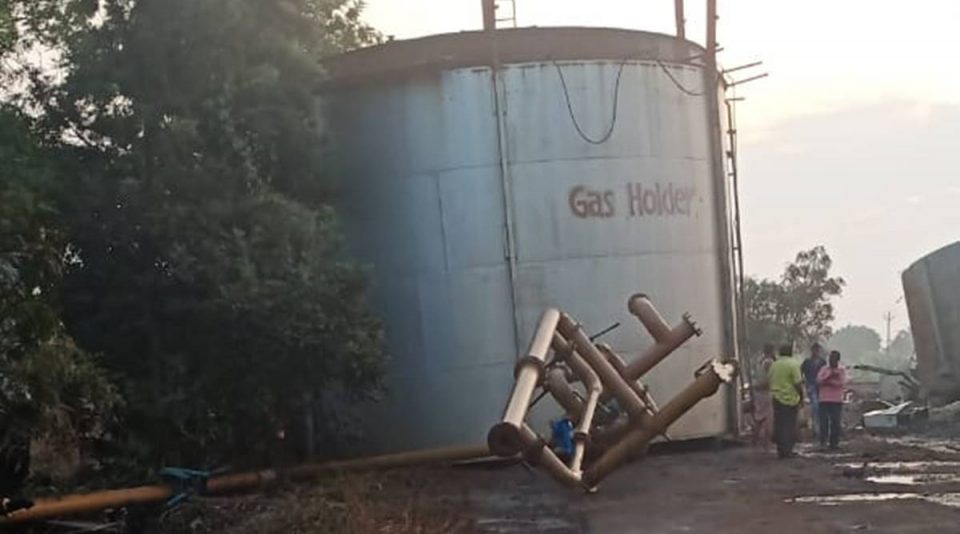 Police said the factory has large tanks where waste material is biochemically treated to produce methane gas, which is used to fuel the boiler in the factory.

Two workers were killed and eight others taken ill or injured after a methane gas tank fell from the structure holding it, leading to gas leakage at a sugar mill in Solapur district on the intervening night of Saturday-Sunday. Police have launched a probe into the incident.

The incident took place on the premises of Lokenete Bapurao Patil Agro Industries Ltd, which has a sugar factory and distillery located in Mohol taluka of Solapur district. Police said the factory has large tanks where waste material is biochemically treated to produce methane gas, which is used to fuel the boiler in the factory.

Police said on the intervening night of Saturday-Sunday, the tank suddenly got dislodged from its structure resulting in heavy leakage of methane gas. Two workers were killed and eight more were either taken ill or injured. The deceased workers have been identified as Jyotiram Dada Vagere (45) and Suresh Ankush Chavan (22). The other eight workers were being treated at a local hospital and were said to be out of danger.

Inspector Ashok Saykar of Mohol police station said, “We have launched an inquiry into the incident. An investigation report from the office of Factory Inspector is awaited and as part of our inquiry, we are recording statements of employees. If there is prima facie negligence behind the incident, a criminal offence will be registered and further action will be taken.”

For all the latest Pune News, download Indian Express App.

See the torn apart “planetary factory” around a distant star

‘COVID-19 test must for factory workers’