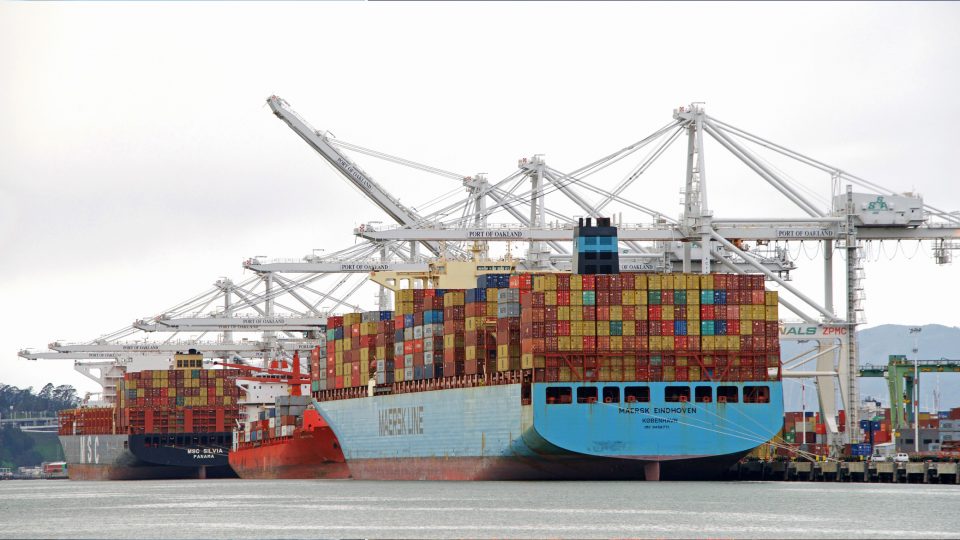 The Eindhoven, which lost 260 containers overboard last week, is in Japanese waters, A.P. Møller – Maersk said Monday, and is expected to berth at APM Terminals Yokohama on Thursday.

Maersk is the parent company of APM Terminals, which expanded the Yokohama facility last year.

Maersk said it is awaiting clearance from Japanese authorities for transit to the container terminal. In estimating the arrival at APM Terminals Yokohama, Maersk factored in that Tuesday is a public holiday in Japan to celebrate the emperor’s birthday.

Maersk said Monday that a company examiners had boarded the Eindhoven and were inspecting the container ship, which can carry 13,100 twenty-foot equivalent units (TEUs).

“The ship’s engines and seaworthiness are in good working order and the port call repairs will address some steel railings, inspection of hatch covers and other activities that the surveyors might find,” a Maersk spokesman said in an email. “At this point in time, we have ensured that all replacement materials and welding activities can be performed in port. This is subject to change in the event our inspection and survey process finds new items to repair.”

He said the Maersk Eindhoven will resume operations on the TP6 Asia-U.S. service once the repairs are completed but did not provide an estimated date.

The Eindhoven had been en route from Xiamen, China, to the Port of Los Angeles last Wednesday when it “experienced a loss of engine propulsion for three to four minutes.” Maersk said the ship encountered heavy seas, and “the loss of maneuverability resulted in severe rolling.”

Maersk confirmed Friday that 260 containers were lost overboard and an additional 65 were damaged on the deck.

Maersk has not said how long it could take to discharge cargo from the Eindhoven or whether undamaged containers will remain on board for transit to LA, where the vessel had been due to arrive on March 1.

American consumers’ demand for goods from Asia has not eased since the import surge began over the summer. According to FreightWaves maritime market expert Henry Byers, the Maersk Eindhoven likely was laden with thousands of containers full of furniture, apparel, electronics, cookware and toys.

Another ship on the TP6 service, the Maersk Essen, lost 750 containers while sailing from Xiamen to LA on Jan. 16. It diverted to the Port of Lazaro Cardenas in Mexico, where it reportedly remains.

Tire factory employee, 19, found tied up had ‘FAKED his own kidnapping to get out of work’