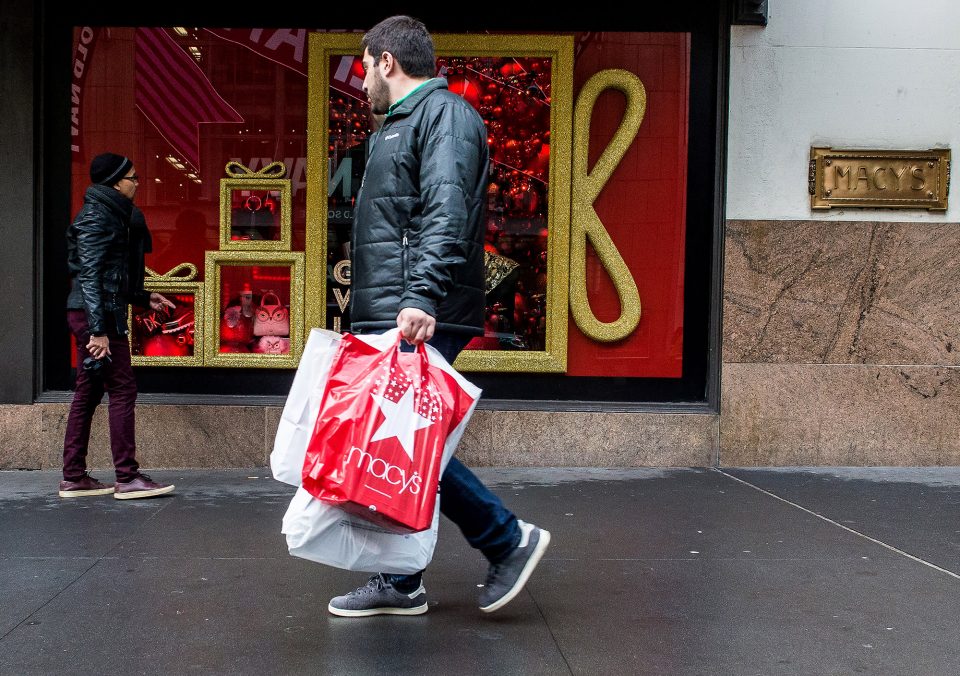 Because of the poor results, the department store chain also slashed its full-year outlook.

Macy’s stock was down more than 6% in premarket trading after plummeting more than 10% following the earnings release.

Here’s what Macy’s reported for its fiscal third quarter compared with what analysts were expecting, based on Refinitiv data:

CEO Jeff Gennette said the sales deceleration during the quarter was “steeper” than the company had anticipated, due, in part, to a warmer fall, weaker spending by international tourists and “weaker than anticipated performance in lower tier malls.”

He said the company also experienced issues, albeit briefly, on its website during the period, “in preparation for the fourth quarter.”

Net income during the quarter ended Nov. 2 fell to $2 million, or a penny a share, from $62 million, or 20 cents, a year earlier. Excluding one-time items, Macy’s earned 7 cents a share, better than the breakeven consensus in Refinitiv’s survey of analysts.

Sales online and at Macy’s owned and licensed stores open for at least 12 months were down 3.5%, worse than the 1% decrease analysts had expected. That also follows seven consecutive quarters of same-store sales gains.

Earlier in the week, Kohl’s delivered dismal results that led to a broader sell-off among department store retailers, including Macy’s and Nordstrom. Results from big-box retailers Target and Walmart were much brighter.

The group faces increased pressure, as more brands are moving away from wholesale channels, and shopping malls, and trying to sell their merchandise directly to customers.

Some of Macy’s initiatives to keep its business fresh include upgrading its mobile app and tiered loyalty program, adding stop-in shops to some Macy’s locations for popular brands and getting into the clothing rental and apparel resale businesses, as younger shoppers are favoring the likes of ThredUp, Rent the Runway and Stitch Fix.

Last quarter, however, heavy markdowns used by Macy’s during the spring season to clear unsold merchandise weighed terribly on profits. And inventories built up, which Gennette cited as a core “challenge.”

During the third quarter, Gennette said Macy’s was able to clear out some of that excess inventory, “resulting in significantly improved margin compression versus the first half of the year.”

He added that the company has “confidence” in its holiday plans.

Macy’s shares, as of Wednesday’s market close, were down nearly 50% this year, while the S&P Retail ETF (XRT) was up about 6.5%. Macy’s has a market cap of roughly $4.6 billion.

This is a developing story. Please check back for updates.

Blockchain Market size to expand at a massive CAGR of over 69% from 2019 to 2025: Global Market Insights, Inc.