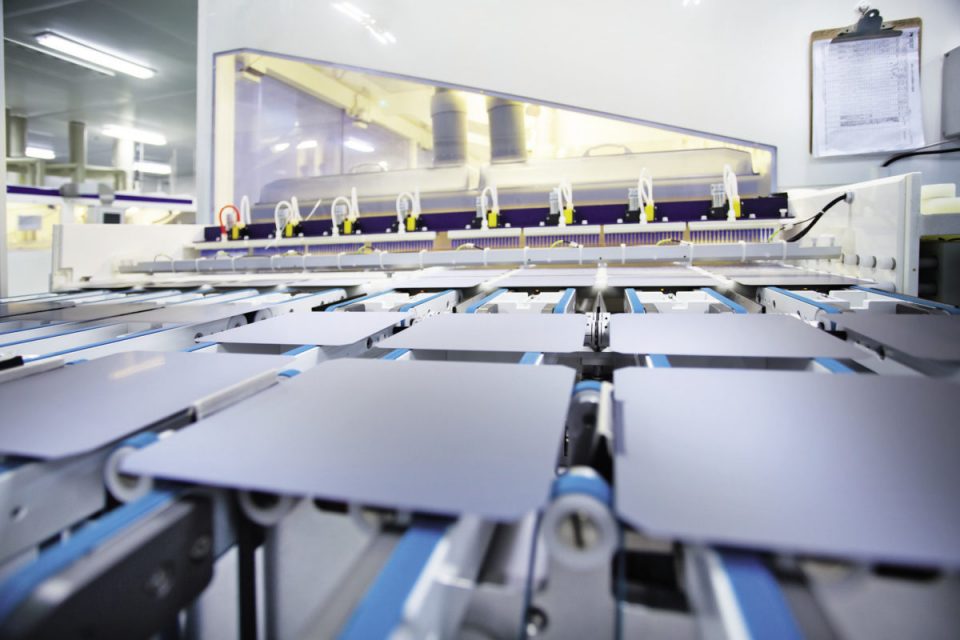 Risen Energy said on Friday that it plans to spin off its Changzhou Sveck Photovoltaic New Materials Co. (Sveck) unit. Sveck – one of China’s largest suppliers of EVA films for PV modules – is now expected to list shares on the Shenzhen Growth Enterprises Market. According to PV InfoLink, Risen Energy ranked No. 7 in global solar panel shipments in 2019. The Shenzhen-listed PV module manufacturer currently holds a 70.84% stake in Sveck.

China Guangdong Nuclear Power Corp. (CGNPC) said this week that PV module makers EGing and Longi Solar are the winners of the first phase of its centralized panel procurement plan for 2020. EGing secured a contract to supply 112 MW of its 280 W multicrystalline products for RMB1.313 ($0.184) per watt. Longi will provide 238.9 MW of its 440 W monocrystalline panels at a price of RMB1.49 per watt. EGing will deliver the panels by mid-August, while the deadline for Longi is mid-July.

Jincheng Machinery said on Saturday that it plans to raise RMB380 million through a private offering of shares. It aims to invest most of the funds – around RMB285 million – in the development of a new plasma-enhanced chemical vapor deposition (PECVD) technology for the production of heterojunction solar cells. The Shanghai-listed PV production-equipment manufacturer will use the remaining amount to shore up its working capital.

Power Construction Corp. of China (Power China) said last week that the it has signed a contract with Zambia National Electricity Co. (ZESCO) to build 600 MW of solar PV capacity in the African nation. The $548 million project will consist of three 200 MW solar PV stations, along with supporting power transmission infrastructure, in Zambia’s Chibombo, Chirundu, and Siavonga districts. The three projects are scheduled for completion within the next 12 months.

China Solar is set to take on a new investor. On Friday, property tycoon Cheung Shun Lee outlined reverse-takeover plans that could see his Happy Fountain business take a 6% stake in a revived, restructured version of the company. Under the terms of the proposal – which still needs to be approved by China Solar shareholders – construction specialist Shuifa would take a near-75% stake in the business, following the issuance of HK$560 million (US$72 million) of new shares.

GCL New Energy shareholders voted on Thursday to approve the long-delayed sale of 294 MW of PV capacity in China to state-owned China Huaneng. The deal will raise RMB1.08 billion for GCL New Energy and will remove an additional RMB2.66 billion of liabilities from the solar developer’s debt pile.

Element Announces Upcoming Expiry of Conversion Privilege in Connection with the Maturity of the 4.25% Extendible Convertible Unsecured Subordinated Debentures Due June 30, 2020