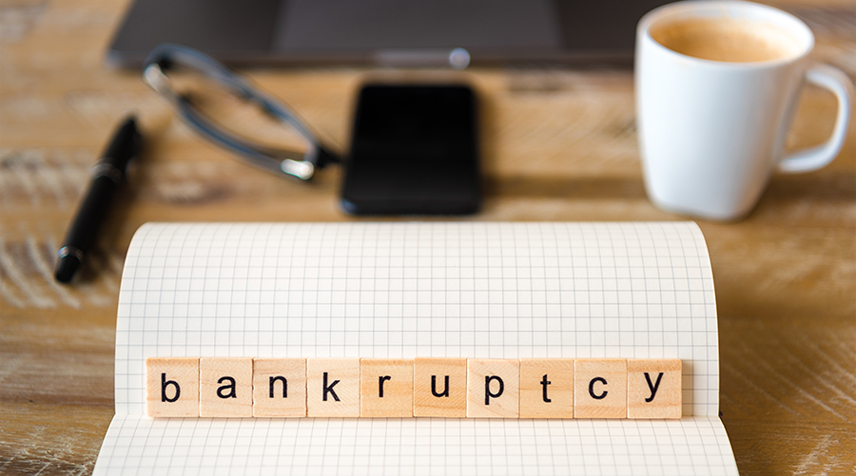 DETROIT — The inability to turn excess inventory into cash was a key factor in the downfall of retailer Loves Furniture, according to a recently filed declaration that is part of its Chapter 11 bankruptcy proceedings.

It describes in detail the logistical and warehousing challenges the company faced after it began leasing stores formerly occupied by Art Van Furniture, which declared bankruptcy in March 2020. These logistical issues, the document noted, created challenges in getting goods delivered to customers in a timely fashion.

Loves was formed in early April 2020 by Jeff Love, also owner of U.S. Assets Inc. Later that spring, the company entered into leases for a total of 27 Store Capital and Essential Properties locations formerly occupied by Art Van and sister company Levin Furniture. The majority of these locations were in Michigan, and others were in Pennsylvania, Ohio, Maryland, Virginia and Illinois.

Loves eventually received about $7 million from the sale of an estimated $5.3 million in inventory from the various Art Van locations. The sale was managed by Planned Furniture Promotions, which also paid the rent, insurance, labor and other expenses for locations where the sales were held, thus eliminating these expenses for Loves.

The declarations document noted that after hiring a new chief merchandising officer in early May, the company ordered product from 81 different manufacturers, representing a landed cost of more than $60 million.

It received about $38 million of that product, with some of that supporting the opening of the first of seven stores around Aug. 28.

Initially, the company said, it received positive feedback from customers and on social media. However, the reviews soon turned negative, as the retailer had issues delivering inventory.

Ultimately, the balance of the $60 million in product ordered was either sold to another retailer or canceled by the manufacturer due to non-payment, it said. According to the declaration, Loves has paid about $17.2 million towards its inventory, with about $22.5 million unpaid.

Peters noted that Loves Furniture attempted to arrange for store-direct deliveries, but he said that did not alleviate the problem.

“For a customer to pick up goods from a store, the merchandise needed to be located in a warehouse and delivered to the store,” Peters said. “Often the inventory could not be located. If located but in multiple warehouses, Loves would be charged multiple shipping fees.

“Even if the inventory was in one place and could be located, there was a substantial cost for store delivery, reducing Love’s operating profit. Multiple ‘touches’ increased damages, with no clarity as to where and when the damage was caused.”

The warehousing challenges apparently began when Loves initially was left without a warehouse of its own and had to use third-party locations. According to the declaration, retailer American Signature had purchased some remaining Art Van inventory and, through Sept. 30, was allowed to hold liquidation sales where the inventory was kept, including the former Art Van warehouse in Warren, Mich.

This, Loves said, kept it without its own warehouse until Oct. 1. At that point, it began leasing the Warren warehouse from LCN, the landlord of the former Art Van warehouse and corporate offices, also in Warren.

Penske located a warehouse in Burton, Mich., which Loves only wanted to lease from late July until October. However, the owner of the building was only willing to lease the space for six months at a rate of $215,000 per month, not including a $215,000 security deposit.

Ultimately, the Burton facility was not large enough to hold all the incoming orders. Loves then entered agreements to lease separate warehouse space from Evans Distribution Systems at its Allen Park and Lincoln Park storage facilities.

While the declaration said Evans did not have problems locating merchandise to load and deliver to its stores, it said that Penske had had trouble identifying goods and sending them to the wrong stores, “so that one store would get two of everything and another store received no goods. When this happened, Penske’s WMS (warehouse management system) required that the goods be returned to the warehouse, re-entered into the warehouse inventory and then re-issued to the correct store. Loves would be charged for the trip to the incorrect store, the trip back to the warehouse and then again for the trip to the correct store.”

The document also said that the Burton and Evans systems were not integrated, and that items were often not where the WMS indicated they could be located.

“As a result, hundreds of deliveries were delayed or ultimately canceled because the merchandise needed to fulfill a customer’s order could not be located within the Burton warehouse.”

Problems persisted even after Loves took possession of its permanent warehouse from LCN on Oct. 1.

“Even after the warehouses were consolidated, Penske continued to have difficulty finding goods to fulfill orders within its warehouse or provide accurate counts,” the declaration said. “Additionally, it had yet to set up its WMS to allow for customer pick-ups from the warehouse, so it remained necessary to ship items to stores where they could be picked up by customers to avoid a delivery fee. However, Loves was required to pay a substantial fee for each piece delivered from the warehouse to the store for customer pick-up.”

The ability to pay its vendors was another key issue that evolved over time.

On Jan. 6, 2021, Penske filed suit against Loves for a past due balance, the declaration noted, and also filed a Motion for Temporary Restraining Order and Emergency Hearing seeking to prevent Loves from moving or delivering items in its warehouse.

Due to the ongoing litigation, Penske officials declined to comment on the lawsuit or statements made in the declaration.

Loves said that while initial sales were strong compared to projections, they fell significantly “in light of Loves’ difficulty locating, obtaining and delivering merchandise to its customers. Many of Loves’ suppliers refused to ship further product, much of which had been ordered in May and June, so that items that were expected to be received on which customer deposits had been taken were no longer expected.

“A customer may have ordered a three-piece sectional, Loves had only received two pieces, and the third piece needed to complete the set might be in the unreceived shipments which the supplier was unwilling to ship due to lack of payment.”

And due to the high cost of delivering goods from Warren, Mich., to Pennsylvania, Loves also decided to exit the Pennsylvania market by leasing its five stores in Pittsburgh, McMurray, Mt. Pleasant, Altoona and State College to Levin Furniture. Levin, the document noted, also purchased Loves’ inventory at those locations, and the proceeds were used to refund customer deposits on goods not delivered.

Customer cancellations, the document noted, was further exacerbated by Love’s decision to vacate the Pennsylvania stores and transfer its Ann Arbor and Westland locations to American Signature in November. Around the same time, the company had PFP liquidate another 13 stores.

“This led many customers to believe that Loves was closing all locations,” the declaration said. “Curstomers’ uncertainty as to whether Loves would remain in existence led to numerous cancellations to the point where daily cancellations often exceeded daily sales.”

In its four months of being opened, “Loves delivered approximately $40 million in furniture,” it noted.

Dark warehouses: In the spotlight