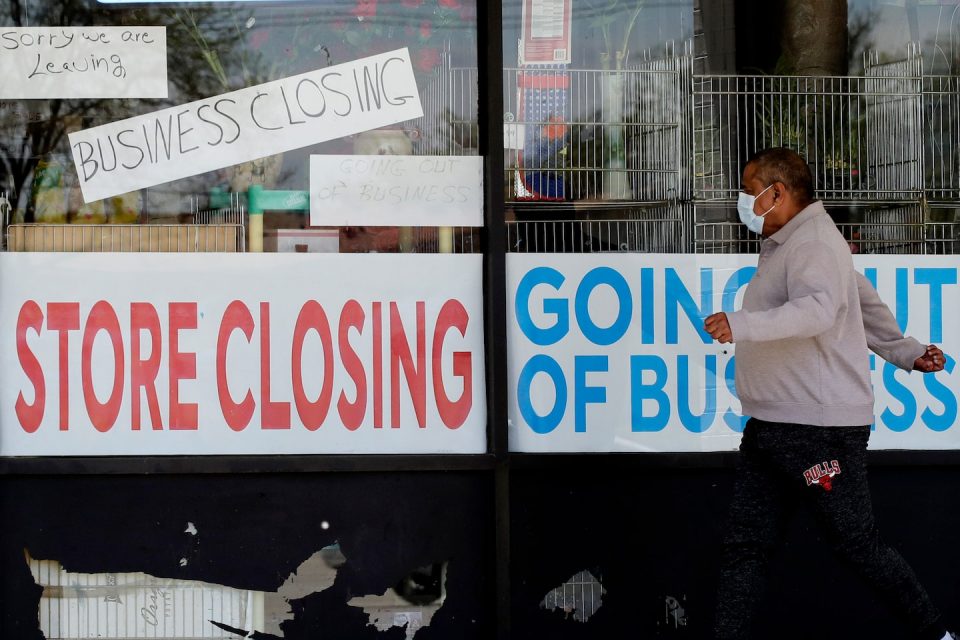 In recent days, the Federal Emergency Management Agency, the agency funding the unemployment aid program, said the benefit was scheduled to last for a maximum of six weeks from the beginning of August. The benefit has been going to workers in 48 states, Guam and D.C.

The agency has told states including Texas, Iowa, Montana, Tennessee and New Hampshire that the week ending Sept. 5 was the last covered by the additional benefit. Some states appear to have received even less. New Mexico, for example, told residents that they could expect only four weeks of payments — assistance lasting only through Aug. 22.

Out-of-work Americans have spoken of feeling abandoned again as leaders in Washington missed another deadline to prevent crucial aid from lapsing.

“I’m frustrated that nobody can come to a resolution,” said Jessica Coffelt, 42, a mother in Houston who in March lost her job as a manager for a clothing wholesaler. “You literally are catching me calling my car company to figure out a way to delay my payments.”

Coffelt said that there has been so much confusion about the executive order that she was surprised to receive an email from the state saying that the FEMA money had run out, making the week ending Sept. 5 the last for which she would receive the extra payment.

Without it, she’ll have to rely entirely on the $521 a week she gets from the state, an amount she elected to stop having taxes withheld from because she needs whatever she can get to pay her bills.

With more than $30 billion of that money already distributed, the administration is beginning to cut off the states that began spending the additional unemployment benefit.

White House officials are searching for ways to funnel additional money to the jobless-benefit program, according to three people with knowledge of the matter who spoke on the condition of anonymity to discuss internal administration deliberations.

But federal budget law restricts how much funding can be redirected without congressional approval, prompting labor advocates and some economists to call on the White House to work with lawmakers on a more permanent solution to provide jobless benefits. Trump’s executive action is expected to have provided about six weeks of additional benefits.

“We knew this funding was finite, and we are now seeing it’s stopping in some states. I hope this creates some pressure for Congress to actually extend the federal unemployment compensation,” said Michele Evermore, a policy expert at the National Employment Law Project, a nonprofit group.

The shortfall means millions of jobless Americans like Coffelt are again facing a financial cliff.

“It’s just unbelievable,” said Carter Young, 66, who has been out of work in the hospitality industry since March and has watched yet another package of aid expire. “I can’t believe they’re doing it.”

Young was furloughed from his job as a clerk at a resort in Sedona, Ariz., in March and was laid off July 1. He and his wife, a retired schoolteacher, have been getting by for the moment, but they worry about their bills, including a mortgage and $130,000 of debt from putting three daughters through college.

House Democrats passed a bill in May to continue the $600 payments through the end of the year. But Trump and congressional Republicans say that the weekly $600 payment discourages workers from rejoining the labor market, even though data and preliminary studies do not appear to support those claims.

The president’s disbursement of FEMA funds temporarily met the need. The administration was successful in enrolling the states in the program, with most applying to participate and distribute the new federal benefit. FEMA told congressional officials it has spent about $29 billion on the unemployment program, meaning about two-thirds of what was allocated has been spent.

A FEMA spokesperson confirmed in a statement that states would be able to provide the benefit for no more than six weeks.

The statement added: “Millions of Americans who are unemployed due to COVID-19 have benefited from an extra $300 per week from FEMA’s lost wages assistance program.”

The unconventional benefits have also caused significant amounts of confusion.

Janet Lieb, 62, an Iowa resident who has lost most of her work performing music at senior centers, said she was surprised to receive a $255 deposit in her account from the state unemployment agency Friday morning. She has been down to about $170 a week from the state since the $600 benefit expired in July. She said she had no idea how long the extra benefit would continue.

“I didn’t even know I was getting it,” she said. “I thought they were turning it down.”

It’s been tough for her and her husband to get by and will be even tougher if he loses his job at a manufacturing company that has weathered layoffs in the past few months, she said. Either way, by December, they could have to make tough choices about which bills to pay.

“You don’t really realize how high the bills are until you’re counting every penny and you’re looking at your budget and thinking that this is going to be gone in a couple of months and I’m going to have to call somebody and shut this off,” she said. “I’m really afraid of what is going to happen to those of us in the middle class.”

Some economists are suggesting the evaporation of federal unemployment support could have a ripple effect on the economy. Jobless workers spent roughly 75 percent of their $600 unemployment benefit, with much of that money helping businesses such as retail stores, groceries and gas stations, according to Ernie Tedeschi, who served as an economist in the Obama administration.

“When you take that away, it’s going to have a major impact on consumer spending in the economy in addition to representing a significant wound for these families,” Tedeschi said. “We’re right back at square one, where we were in August.”

State unemployment benefits will continue, although they are much less than workers had been receiving with the federal bonus payments. And there are limitations on how long many states allow the unemployed to collect benefits. In Florida, for instance, workers are eligible to receive 12 weeks of state unemployment benefits, while in most states the maximum period is 26 weeks unless lawmakers extend the benefit, said Elizabeth Pancotti, an economist at Employ America, a left-leaning advocacy group.

Retail sales — What to know in markets Friday