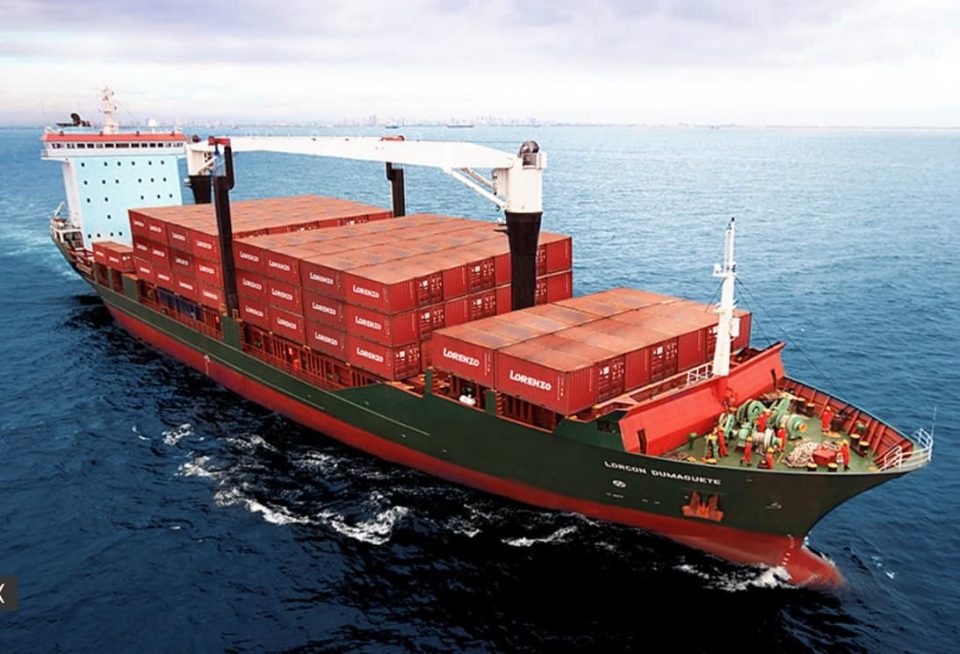 It’s a less-grim-than-last-year set of results from Manila-based container carrier Lorenzo Shipping (PSE: LSC), which reported that it effectively broke even in the third quarter of 2019.

That’s a vast improvement on results for the third quarter of 2018, when the company made a loss of 148 million Philippine pesos ($2.74 million). In the most recent quarter, the company scraped above zero by the equivalent of just a few thousand U.S. dollars.

Revenues from freight in the three months ending September 2019 were 778.20 million Philippine pesos ($15.01 million), a 78.6% increase on revenues from the same period last year.

It appears this increase is what drove Lorenzo back into the black, albeit marginally, as much higher costs accompanied its higher sales figures.

The general cost environment crushed any prospect of a solid profit in the quarter, however.

A look at the company’s finances over the past nine months reveals that, although Lorenzo may have possibly, perhaps, begun to turn a corner, it has a long way to go to get to anything like a profit. Barring any major developments or massive upsurge in revenues, the company looks likely to report a loss for the year, if the existing financials give insight on the future.

However, so far, the company has also generated combined main costs (cost of services, terminal expenses, general expenses and costs of finance) of 2.45 billion pesos, which is a huge increase of 55.98% on the same period last year.

In its third quarter results statement, the company commented that its “turnaround plans are already starting to reap benefits”.

Lorenzo Shipping pointed to a “significant” improvement in its direct costs and indicated that, despite freight rates reducing because of overcapacity, the company’s contribution margin and earnings before interest, taxation and depreciation have all improved. It adds that there are “ongoing efforts at revenue recovery” in the form of a general rate increase, bunker recovery, excise tax recovery and ship loading/unloading charges.

The company has a five-point plan for improving margins.

An improvement in vessel and service reliability is the carrier’s “top priority”. Secondly, Lorenzo Shipping says that “emphasis” will be given to maximizing ship capacity using enhanced pricing schemes, especially on “northbound” volumes.

Operational cost cutting in the areas of trucking, terminal and cargo handling are being considered through use of “flexible organizational structure” and “utilization of appropriate technology”. Programs to reduce “profit leakage” are underway and those programs are focused largely on claims reduction, improved billing and collections, and operations process streamlining.

Finally, excess capacity and non-profitable routes are being monitored and “rationalized as necessary”.

Founded in October 1972 by the Go Family to operate a Philippines-based inter-island freight haulage business, Lorenzo started as a break bulk shipping company and has evolved to include containerized cargoes. The company still, however, carries break bulk such as steel products.

The company provides a range of haulage services and carries packages from door-to-door, trucks cargo to the pier and hauls freight across the Philippine territorial sea. It also operates container yards for consolidation, delivery and receipt of freight. The company has a fleet of transport assets, such as forklifts and trucks.

The company operates five of its own box ships and runs a further four that are owned by NMCCLI, a subsidiary of National Marine Corp. Lorenzo’s vessels are fairly small ships, compared to the world fleet, and have a maximum capacity of 797 twenty-foot equivalent units. The Lorenzo ships operate in a speed range of 11-12 knots. Lorenzo calls at 10 ports in the Philippines: Manila, Bacolod, Iloilo, Cebu, Dumaguete, Cagayan de Oro, Zamboanga, Davao, Cotabato and General Santos.National Marine Corp. owns 49.77% of the equity of Lorenzo. National Marine is, in turn, ultimately owned by the Magsaysay conglomerate, which operates a labor-hire business. Magsaysay is also a major supplier of numerous marine and transport-related businesses, such as a marine consultancy, marine repairs, chassis leasing and haulage, agency, marine bunkering, third-party logistics and warehouse management.