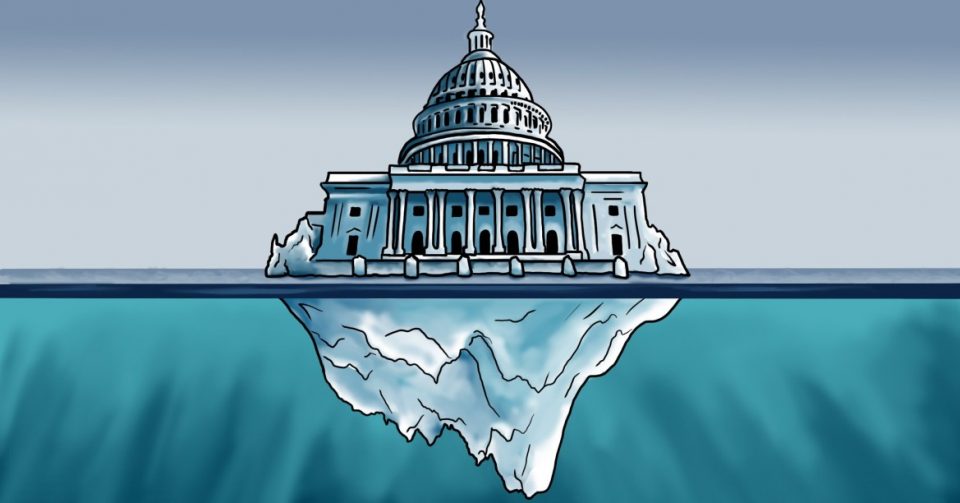 In the 2020 presidential election, how scientific knowledge shapes policymakers’ decisions served as a political focal point, particularly as it relates to the COVID-19 pandemic and a recent surge in natural disasters. As historic wildfires and hurricanes swamp the nation, such policies will play a more key than ever role in the U.S.’ climate response.

President-elect Joe Biden supports the scientific consensus that humans are the driving force behind climate change. In July, Biden released a $2 trillion plan to combat climate change with the goal of making the country carbon neutral by 2050.

To reach this goal, Biden said his administration would monitor carbon use and incentivize investment in clean energy, specifically focusing on low-income communities most impacted by climate change.

Biden’s plans include halting the construction of the Keystone XL pipeline, banning new offshore drilling, instituting strict fuel-efficiency standards for cars and trucks and gradually limiting the use of single-use plastics.

“Clearly at the highest level of the federal government today, the consensus is that climate change is not real, nothing is happening, and that we don’t need to do anything,” said Prof. Clifford Kraft, natural resources, who teaches a course on environmental policy for the Cornell in Washington program.

By contrast, President Donald Trump’s policies over the past four years have largely been the polar opposite of Biden’s proposals. Trump, for example, passed policies that enabled the fast tracking of approval for new pipelines, expanded offshore drilling in the Atlantic Ocean and reversed previous legislation dictating fuel efficiency standards.

Biden has emphasized that he will not roll back the use of fossil fuels, as long as carbon-capture technology continues to improve and the use of clean energy increases. Instead, he intends to eliminate oil subsidies, which currently cost the US between $20 to $649 billion each year, according to the International Monetary Fund.

Scientists broadly agree that, despite sometimes high upfront expenses, the cost of not acting to mitigate climate change is far greater. One study estimated that the long-term cost of one ton of carbon is $100,000. Similarly, another study estimated that annual Gross Domestic Product could shrink anywhere from 6.7 to 14.3 percent as a result of unchecked climate change.

Biden’s plan also calls for carbon neutral electricity production by 2035, an ambitious timeline compared to other governments, including the European Union, that have set 2050 as the goal. However, a 2018 report by the Intergovernmental Panel on Climate change warned that the planet only has until 2030 to prevent the worst long-term effects of climate change.

Despite Biden’s relatively progressive list of policies, Kraft argued that the fundamental issue should not be whether the president has a plan to combat climate change, but, rather, whether the federal government more broadly values scientific opinions.

“I’m concerned about the fundamental functioning of our country. We aren’t going to make any progress in environmental policy unless we just figure out if we really are the country we once thought we were,” Kraft said. “Four years ago, I thought that there was a general consensus about environmental policy and that there really was no going back. I was wrong.”

The Trump administration rolled back many of the federal government’s environmental protections, leaving it to state and local governments to institute climate policies. Former regulations that have been rescinded under the Trump administration include rules to halt methane leaks, limits on coal production, higher-fuel efficiency standards for cars, endangered species protections and water protection regulations.

The administration’s actions toward environmental protections largely mirror its response to the COVID-19 pandemic, where state and local governments were put in charge of deciding whether to implement public health measures, like mask mandates.

Consensus on scientific issues can be especially difficult if government leadership doesn’t embrace the opinion of scientific experts, Kraft said.

Prof. Chris Schaffer, biomedical engineering, also emphasized the need to listen to experts in the battle against climate change. Schaffer spent a sabbatical on Capitol Hill working for Sen. Edward Markey (D-Mass.) in Congress as a science policy adviser and felt the pressure of being one of few scientists advising on policy.

Kraft also said he believed that the U.S.’ approach to science-based policy has gone backwards in the past four years.

“We should just grab our chairs, grab our sense of reality, and say: OK, the sky is up. The sun rises every day,” Kraft said. “Renewable energy — solar and wind — the technologies have gotten cost effective and productive. Let’s move forward into that future.”

Kraft believes the president, when it comes to climate policy, should be willing to listen to the experts in environmental science and ground their arguments in a factual reality. Kraft did not see Trump as this leader.

“I’m used to dealing with controversial issues and arguments where people disagree,” Kraft said. “This isn’t a matter of just agreement. There’s no place to go [in a conversation] with someone that jokes you can drink bleach to cure a disease.”

In addition to voting, Schaffer encouraged people to take action, particularly through asking candidates running for the House or Senate whether they can commit to hiring a Ph.D.-level scientist to serve as a personal science adviser.

“[Voters] should make the argument that the way that our representatives treat scientific information and how seriously they take it in making policy decisions should be an electability issue,” Schaffer said.

Schaffer said more scientists should run for office in promoting scientific policy on the federal level, as well as motivating scientific organizations to lobby for such policies.

To Kraft, the issue of climate policy isn’t one of saving the Earth, but saving the people that live on it.

“I don’t think we will destroy the Earth,” Kraft said. “Really the issue is just: Do we care about people and how people live?”

Audi mixing batteries and cylinders in one factory