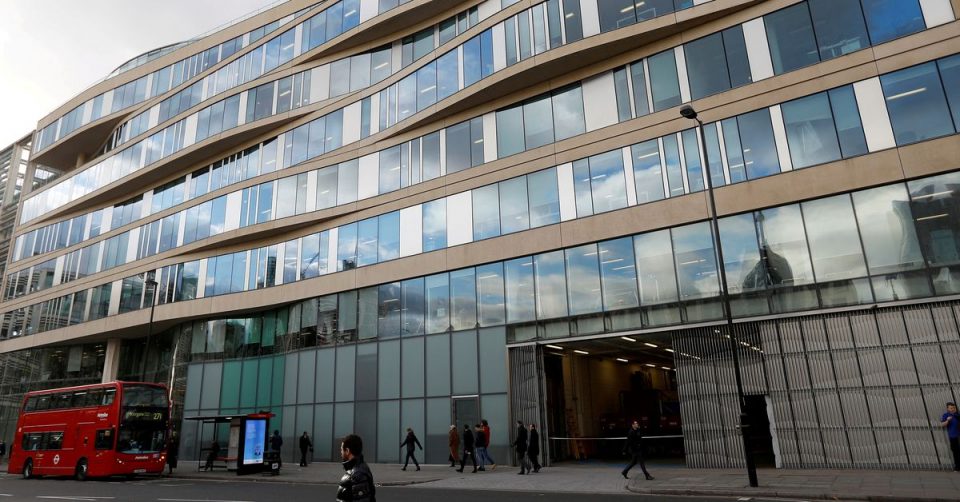 The offices where the London Metal Exchange is headquartered are seen in the City of London, Britain, January 18, 2018 REUTERS/Peter Nicholls/File Photo

LONDON, April 1 (Reuters) – The London Metal Exchange suspended deliveries of some Russian produced metals into its approved warehouses in Britain on Friday, although there is none stored in them at present.

The exchange, which is owned by Hong Kong Exchanges and Clearing Ltd (0388.HK), said in a statement that there was significant risk that someone receiving such metal from British warehouses would be hit with very high additional costs.

Some LME members have called for bans on Russian metals in its system but the world’s largest and oldest venue for trading metals has said it would not go beyond what British government sanctions against Russia dictate. read more

Aluminium produced by Rusal and copper produced by Norilsk Nickel (GMKN.MM) and JSC Uralelektromed could only be delivered into approved LME warehouses in Britain if it had been exported from Russia before March 25, the LME said.

Rusal and Norilsk were not immediately available for comment.

The LME said its suspension also included lead and aluminium alloy made by Rusal and three other producers.

Britain has two approved locations for LME warehouses, in Hull and Liverpool, but they have very little metal. None of the four metals being suspended are currently being stored in British LME warehouses, LME data shows.

LME facilities in Liverpool, however, have 1,416 tonnes of nickel . Nickel is not suspended and is not on the British list for additional duties, even though Russia’s Norilsk Nickel is one of the world’s biggest producers.