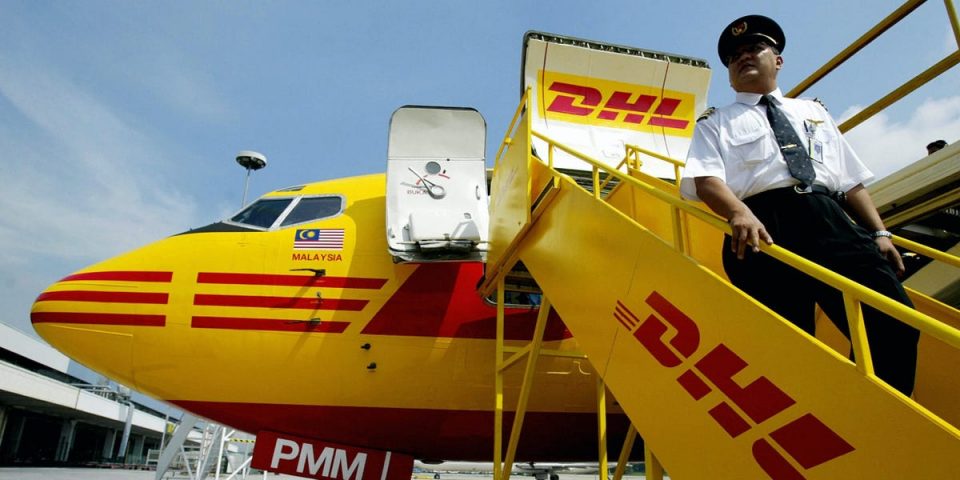 As this year’s holiday delivery season ramps up, US supply chains are struggling to cope with unprecedented logjams, even before COVID-19 vaccine distribution starts sucking away what little slack remains in the system. The intense pressure on logistics networks could leave retailers short of supplies, consumers empty-handed come Christmas morning, and a few well-positioned companies pocketing major profits.

“As the economy has recovered, we’ve seen imports spike,” Jonathan Gold, the National Retail Federation’s head of supply chain and customs policy, said. “We’ve also seen an explosion of e-commerce over the past couple of months, and that has put a lot of pressure on domestic supply chains.”

The nature of consumer demand has shifted, too.

“We’re renovating our homes. We’re buying patio furniture, we’re buying sports equipment, exercise equipment, bikes, consumer electronics, phones, and anything involving a home office or a home remodel. I think desks are the No. 1 commodity right now, but it’s all flying off the shelves.”

The moment is unprecedented, with demand from consumers for certain products so intense that cargo previously imported by sea is now being flown in — and at a great expense. “We’re flying hot tubs,” Bourke said. “You couldn’t make it up.”

The result: Los Angeles and Long Beach ports racked up record volumes last month. Warehouse space is so hard to find that many retailers are using vacant stores as order-fulfilment hubs. The pandemic has exacerbated shortages of truck drivers and warehouse workers. Express-delivery companies are at capacity.

Shipment delays caused by shortages of empty containers and the lack of trucking options in parts of the US have pushed some to threats of violence.

“We’ve had two people threaten to sue us and one threaten to come to the office and beat up staff members over delays securing truck chassis in Los Angeles,” a California freight forwarder told Business Insider, speaking anonymously to avoid disparaging his customers.

And as demand overwhelms supply and customers pay premiums for guaranteed delivery, those in the business of freight and logistics are racking up profits.

Big money on the high seas

Global container volumes have been contracting for most of the year, but it hasn’t hurt the world’s leading container lines, which are now taking full advantage as demand ratchets up.

Space on vessels steaming to the US is now sold out, even though the cost of shipping a container from China to the US West Coast is about three times as expensive as it was a year ago.

Freight forwarders are now recommending that shippers book capacity weeks in advance and still expect delays. For US exporters, finding an empty container is proving increasingly difficult as carriers rush empty boxes back to Asia to pick up fresh high-paying cargoes destined for the US.

Airlines with cargo planes in their fleet are enjoying a similar bonanza, which should help offset some of the losses due to the shutdown of passenger operations. After cooling off during the summer, charter and spot freight prices are again nearing the record levels seen in the spring at the height of the global scramble for personal protective equipment. Prices expected to increase as vaccine rollouts begin.

As a result — and despite overall global airfreight volumes forecast to decline by 16.8% this year because of the grounding of passenger jets — airline cargo revenues are set to reach a near-record $110.8 billion, up from $102.4 billion in 2019, according to the industry association IATA.

American Airlines posted a $3.1 billion loss in the third quarter as passenger revenues collapsed. But the carrier more than doubled its cargo-only flights from August to September, which enabled it to increase cargo yield per ton mile 84%, to 62 cents. Lufthansa’s logistics division turned a third-quarter 2019 loss of $58 million into a $201 million profit this year.

“We see a lot of the passenger airlines, the domestic passenger airlines like United and Delta, reporting pretty good numbers for their cargo divisions, and I think that’s going to continue,” Cathy Roberson, the president of the consultancy Logistics Trends & Insights, said.

She said she expected more US airlines to enter the cargo market, with vaccine deliveries likely to prove tempting for those with the capacity and expertise to manage strict carriage requirements.

Truckers are hauling it in

US trucking and railroad companies are also posting impressive profits as transport prices soar. Phoenix-based Knight-Swift, the largest truckload carrier in the US, saw its Q3 profits beat estimates, and it expects inventory stocking to continue supporting a favorable freight environment into 2021.

US trucking spot prices have risen between 50 and 60% since the start of June, Jim Monkmeyer, the president of transportation at DHL Supply Chain, said. In some markets, such as Chicago, prices have roughly doubled in the past three to four months.

Monkmeyer said capacity was available to those willing to pay premiums. “The challenge is that there are companies out there like Amazon just buying at two to three times [the going] rate.”

Parcel-delivery integrators are also benefiting from supply-chain blockages. UPS is now urging customers to bring holiday delivery orders forward where possible. Other parcel carriers have introduced new peak surcharges, or have stopped accepting new customers through the end of the year.

Logistics Trends & Insights’ Roberson sees Amazon, Target, and Walmart as major beneficiaries of the current freight market. All have invested heavily in supply-chain capacity, giving them last-mile delivery and/or curbside pickup capabilities needed to fulfill the flood of e-commerce orders.

“UPS and FedEx are also coming out as winners,” Roberson said. She predicted that global logistics players such as Kuehne + Nagel, DSV, Expeditors International, and DHL would continue posting healthy profits, too.

“Those in international markets, their overall revenue may be down from a year-on-year perspective, but profits are up,” she said.

There is little sign that the freight pipeline and supply-chain crunch is likely to end anytime soon.

Even though the National Retail Federation expected final port figures to reveal that the July-to-October peak container-import season in 2020 surpassed all records, the US’s business inventory-to-sales ratios are still at relatively low levels historically, prompting most analysts to predict that heavy cargo volumes would continue to enter the freight pipeline in the coming weeks and into 2021.

As for retailers, the National Retail Federation’ Jonathan Gold said cost hikes in the supply chain have taken them by surprise. “It really does impact the bottom line,” he said. “Retailers are trying to avoid as much as possible passing those costs along to consumers.”

Given the lack of capacity available in US supply chains, many businesses and consumers will inevitably be disappointed on December 25.

“We’ve warned people to buy early,” Monkmeyer said. “But people will roll the dice, and some will lose and not have gifts under the tree at Christmas.”

A Comprehensive Guide on Bill of Lading