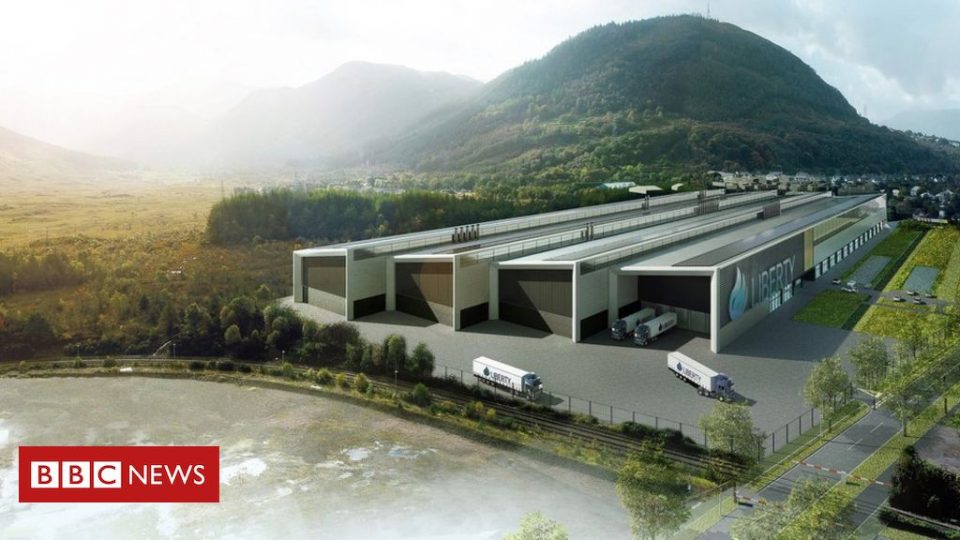 A company planning to build an alloy wheels factory says it needs a “moment of clarity” on the future of car-making in the UK before proceeding.

The plant forms part of GFG Alliance’s £120m expansion of its Lochaber Smelter near Fort William.

GFG Alliance said the project was ready to start but it needed to know car manufacturers would stay in the UK after Brexit.

Production at the plant was expected to start next year.

Jay Hambro, of the GFG Alliance, said the project was “oven ready” and much of the preparation work had already been done.

He told BBC Radio’s Good Morning Scotland programme: “We’ve been working very closely with Highland Council to get planning permission for our site.

“We’ve been working very closely with lots of manufacturers of the equipment, so are ready to go but just need a moment of clarity as to the future and then will push the button.”

Under the plans, aluminium from the nearby Lochaber Smelter would be used to manufacture up to two million wheels a year for the UK car industry.

The site would supply at least one fifth of all the wheels required by UK vehicle manufacturers, according to GFG.

The car industry has been issuing warnings over Brexit.

UK car production could be cut by more than a third if the UK withdraws from the EU without an “ambitious” trade deal, an industry body warned last month.

Analysis commissioned by the Society of Motor Manufacturers and Traders (SMMT) predicts that falling back on World Trade Organisation (WTO) rules would add £3.2bn a year to car making costs.

Car prices would rise and annual output could fall to as little as one million by 2024, the data by AutoAnalysis said.

Crowd-solving worked in 1714. Why not try it again?

Behind the Scenes of the FedEx Supply Chain