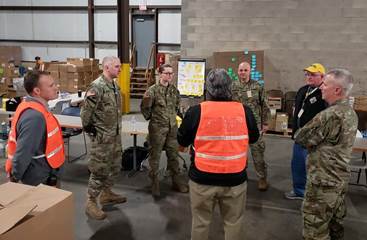 Fred Camacho led the distribution for four weeks. His team distributed PPE to all medical, non-medical, and emergency response agencies throughout the state of Wisconsin, giving back to the community that has given so much already.

He also says if he was asked to deploy again, he would say yes in a heartbeat.

Will Protests Set Off a Second Viral Wave?

KEVIN LEININGER: Is Do it Best moving to Electric Works? And where should MLK memorial go? | News, Sports, Jobs