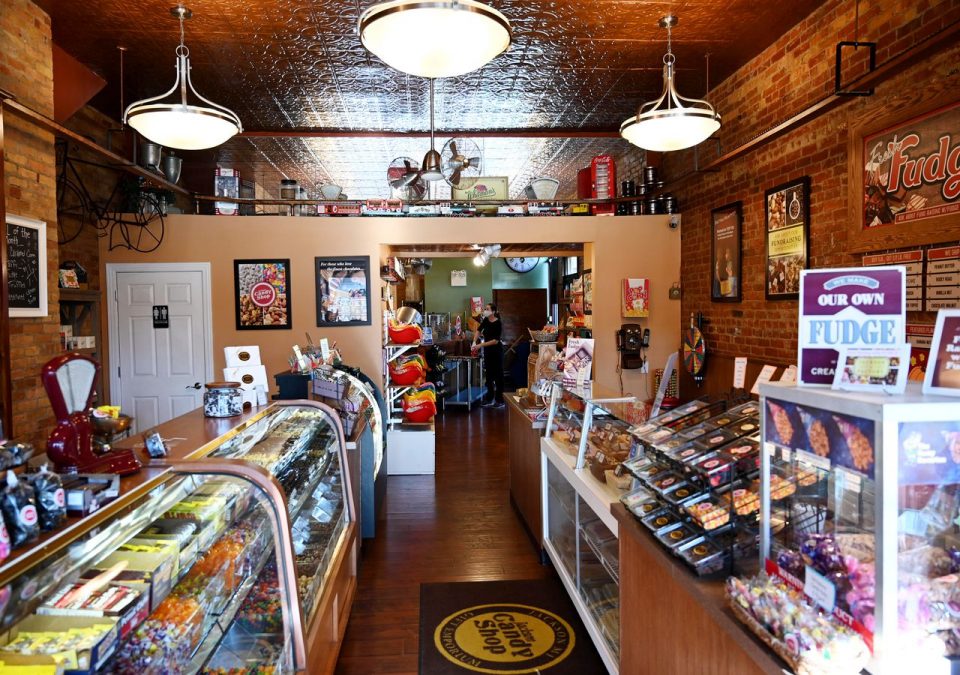 JACKSON, MI — Jackson Candy & Fudge Factory is something out of another century.

“The main goal is to create an experience for anyone who walks in,” said co-manager Danielle Speed.

The building at the corner of Elm Street features copper ceilings, brick walls and an old-time charm. With a fun wheel, a funny mirror and lots of candies and chocolates to choose from, you may see something you haven’t seen in a while.

“A lot of the candies you can’t find elsewhere,” Speed said.

The business makes its fudge in-house but the chocolates come from Asher’s Chocolate Co. in Pennsylvania and the truffles come from Vermont, Speed said. The store also features a wall of taffy and lots of Jelly Belly jelly beans.

Speed loves her job in the shop.

“It’s a fun place to work,” she said. “I don’t think you can’t have fun working in a candy store. We get people who walk through that door to feel that happiness.”

Local Eats: The Dirty Bird in downtown Jackson is all about chicken and beer

Local Eats: HotRodz Smokehouse in Concord is all about the meat

Local Eats: Good food, views on tap at The Apron Restaurant and Spirits in Jackson

Local Eats: ‘There is a lot on the line’ with reopening, owner of The Deck Down Under in Jerome says

Local eats: A pandemic, ghosts and 50 years of service, Roadhouse Grill and Bar has stood the test of time

How to factory reset your HomePod or HomePod mini

The Politics of Section 232 Tariffs and Buy American Procurement