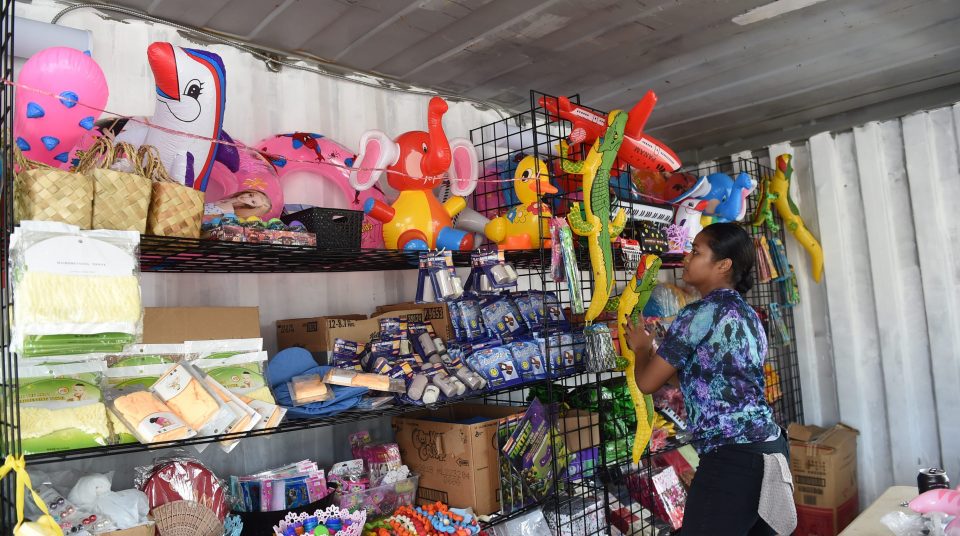 Volunteer Cassandra Towai organizes prizes at the “Spin-to-win” game booth in preparation for the opening of the 75th Liberation Carnival at Paseo de Susana Park in Hagåtña in this June 9, 2019, file photo. An audit of the 75th Guam Island Fair and Liberation Day Carnival found it didn’t comply with Guam procurement rules and regulations. (Photo: Frank San Nicolas/PDN)

The Office of Public Accountability’s audit of the 75th Guam Island Fair and Liberation Day Carnival found it didn’t comply with Guam procurement rules and regulations for purchases of major goods and services.

The audit found there were no procurement records for purchases totaling $234,000 and improper procurement method used for $66,000 worth of purchases. These resulted in total questioned costs of $300,000, according to a Public Accountability news release.

The Mayors’ Council of Guam didn’t provide procurement records for $234,000 paid to 11 different fair vendors, including purchases for:

The procurement solicitation method for $66,000 worth of purchases were inconsistent with Guam procurement processes, according to audit. This included carnival security in the amount of $34,000, which was treated as a small purchase through a Request for Quotation. However, it should have been a competitive, sealed bid as the costs exceeded the small purchase threshold, the audit stated.

Non‐compliance with Guam procurement has been a repeat finding in prior audits of the Liberation Fair and is due to the Mayors’ Council of Guam’s ineffective oversight, the release stated.

“(Mayors’ Council of Guam) believes that following Guam procurement is not practical due to factors including a limited time-frame in planning and executing the fair and lack of annual government appropriations,” the Office of Public Accountability stated. “Though (it) may find it impractical to follow Guam procurement, their adherence ensures accountability and transparency of the fair’s activities.”

“Additionally, (the council) admitted that they lacked the capability and resources to effectively perform their mandate due to its primary responsibilities and conveyed their desire to no longer be the fair’s oversight entity,” the release stated. “The law also mandates an (Office of Public Accountability) representative to be appointed as a committee member. However, since (the Office of Public Accountability) is mandated to audit the fair, we took the position to not participate as a committee member due to the inherent impairment of audit objectivity.”