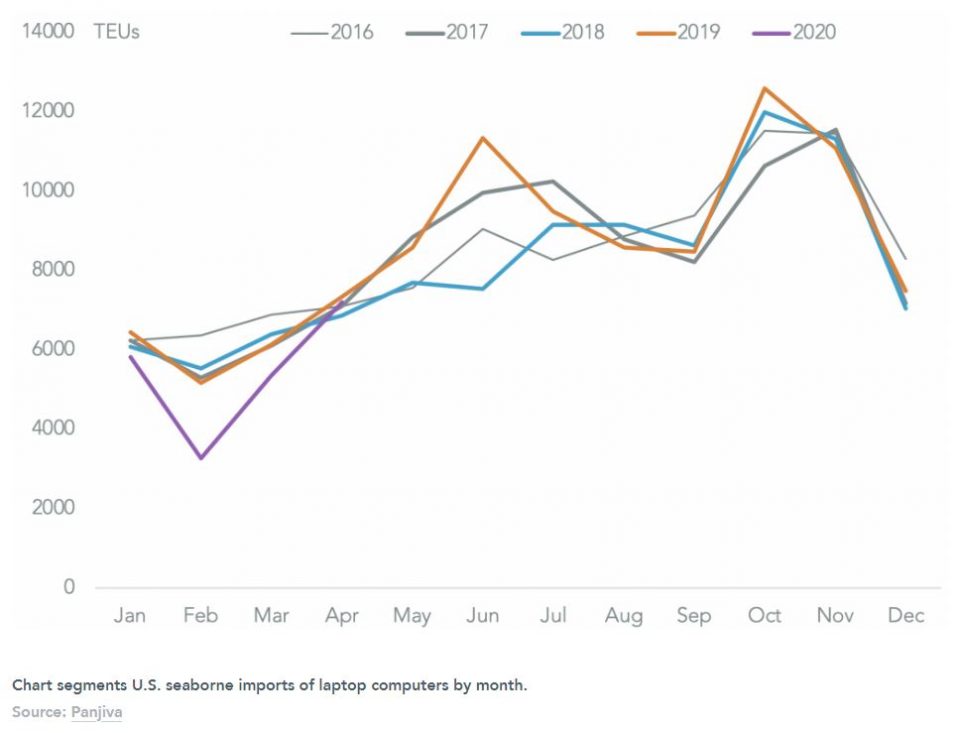 Computer manufacturer Lenovo reported that revenues fell by 9.7% year over year in its final fiscal quarter of the year. Management sees that as relatively robust and has come “despite the trade war, currency exchange shock, CPU shortage and the pandemic” according to the firm’s CEO, Yuanqing Yang.

Looking ahead the firm expects that “work-from-home, study-at-home, e-commerce, online gaming and telehealth will become the new normal and expand the total PC and smart devices market sizes.” Additionally the firm “continues to see strong demand this quarter on notebook, both traditional notebook and Chromebook“, COO Gianfranco Lanci has stated.

As outlined in Panjiva’s research of March 26, the laptop computer manufacturers may have struggled to meet the initial burst in demand for work-from-home equipment due to the industrial outages in China. Those have subsequently been reversed.

Panjiva’s data shows U.S. seaborne imports of laptop computers from China slipped 1.9% lower in April compared to a year earlier but jumped 49.5% higher compared to the average for Q1 as China’s factories came back online. There’s also been a potential gain in shipments by air freight for higher end models, though a surge in freight rates and preference for medical supply shipments may have limited that effect.

The bigger tests for the state of laptop supply chains will come ahead of the back-to-school peak sales season in August and the pre-holiday shipping season that peaks in October.

LAPTOP IMPORTS CATCH UP WITH PRIOR YEAR, STILL HEAVILY SEASONAL 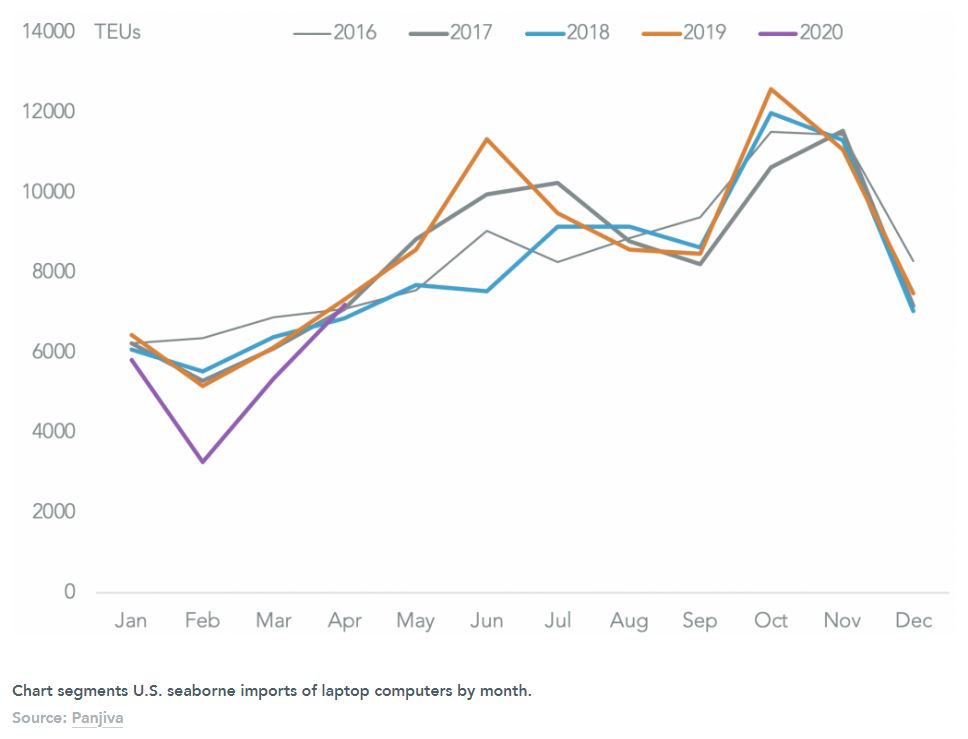 Lenovo’s also been navigating a shift in supply chains for the U.S. market away from China and towards Mexico. Panjiva’s data for U.S. seaborne imports as well as exports by all modes from Mexico shows that China’s share in Lenovo’s U.S. imports fell  to 65.4% in 2019 from 72.4% in 2017. Mexico in the meantime rose to 28.9% from 23.0%.

LENOVO’S SWITCH AWAY FROM CHINA MAY BE DRIVEN BY TARIFFS 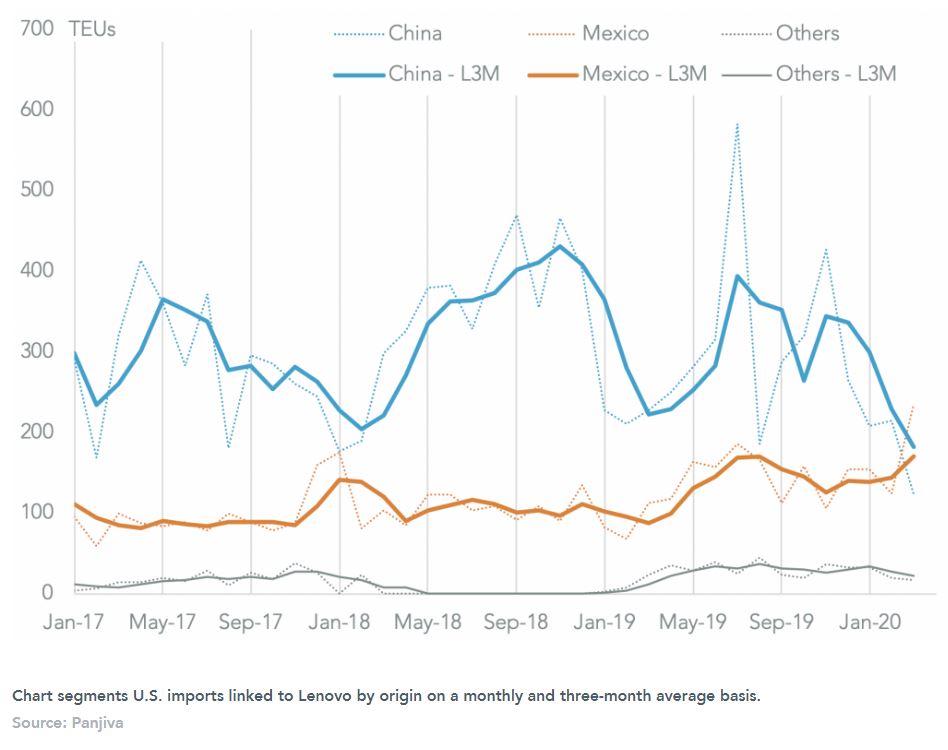