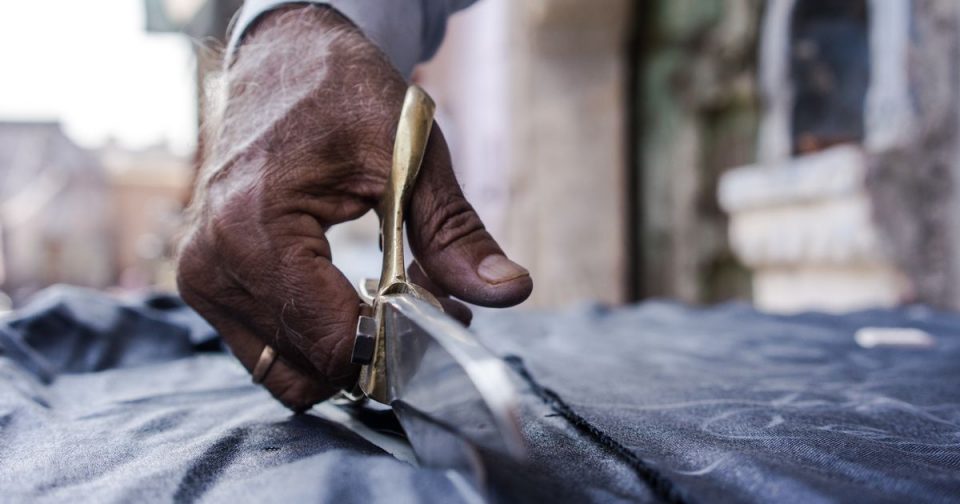 Leicester suppliers to the Boohoo and Select Fashion clothes chains were allegedly involved in money laundering and VAT fraud, according to a BBC investigation.

While there was no suggestion the fashion chains knew about the frauds, a Radio 4 File on 4 investigation is reported to have found that some Leicester clothes suppliers were inflating prices and not paying VAT.

One MP said it could be the tip of the iceberg of a national scandal amounting to “hundreds of millions of pounds” in lost taxes.

The BBC claimed details were brought to light in a court case over a dispute between the bosses of two Leicester wholesalers.

The broadcaster claimed evidence released in the case suggested a wholesaler accused of stealing an associate’s company had arranged for false invoices to be produced with a network of fake garment firms in Leicester.

The BBC claimed the wholesaler would send orders from Select Fashion to a supplier, paying them in cash and not putting it on the books.

He would then place a fake order at an inflated price with another shell company that would send back an invoice – adding a 20 per cent VAT charge which had never been paid.

The wholesaler would pay that bill, only for the cash to be handed back to him – with a pay-off to accomplices.

The wholesaler, the BBC claimed, would be left with a VAT receipt that looked above board for Her Majesty’s Revenue and Customs (HMRC) and the shell supplier company would often fold with its VAT liabilities unpaid.

The judge in the civil case concluded the wholesaler operated a “fraudulent scheme to launder cash for his own benefit” over a “prolonged period” and “very substantial amounts” of money were involved.

When confronted by the BBC he denied involvement in fraud.

Leicestershire Live approached Select Fashion for comment as did the BBC, who said there was no suggestion the company knew about the fraud within its supply chain.

The File on 4 programme also looked into two other companies mentioned in the case, suggesting one provided invoices to the wholesaler charging high prices for garments.

It said it was one of 14 other companies the judge noted “may have been involved in laundering cash”.

The BBC claimed that before it folded in 2017 it had a capacity to produce 30,000 garments a week – and its biggest customer was Boohoo, which it dealt with through another company.

Boohoo has already said it has tried to stop unauthorised subcontracting within its supply chain.

The BBC said the judge also concluded that another firm had entered into “cash laundering transactions” with the wholesaler.

The BBC claimed that company went under two years ago, but a new company had been started which employed the wholesaler on its staff.

That new company, the BBC claimed, supplied Boohoo-owned brand PrettyLittleThing and said that Boohoo had told it that as a result of the information provided by the BBC it had now terminated its relationship with it.

A spokesman for Boohoo said: “We would never knowingly conduct business with anyone acting outside of the law and we have always been swift to provide information to regulatory authorities to support any investigation that they are conducting.”

The spokesman said Boohoo was “significantly strengthening” its purchasing practices and corporate governance and working closely with regulatory authorities, sharing information to eradicate any illegal practice in Leicester.

LeicestershireLive called the Select Fashion switchboard and got no answer. It received an automated response after emailing its customer services.

The BBC claimed the Leicester supplier’s sole director did not respond to its questions, and the firm’s lawyers said the firm was not part of the court case. 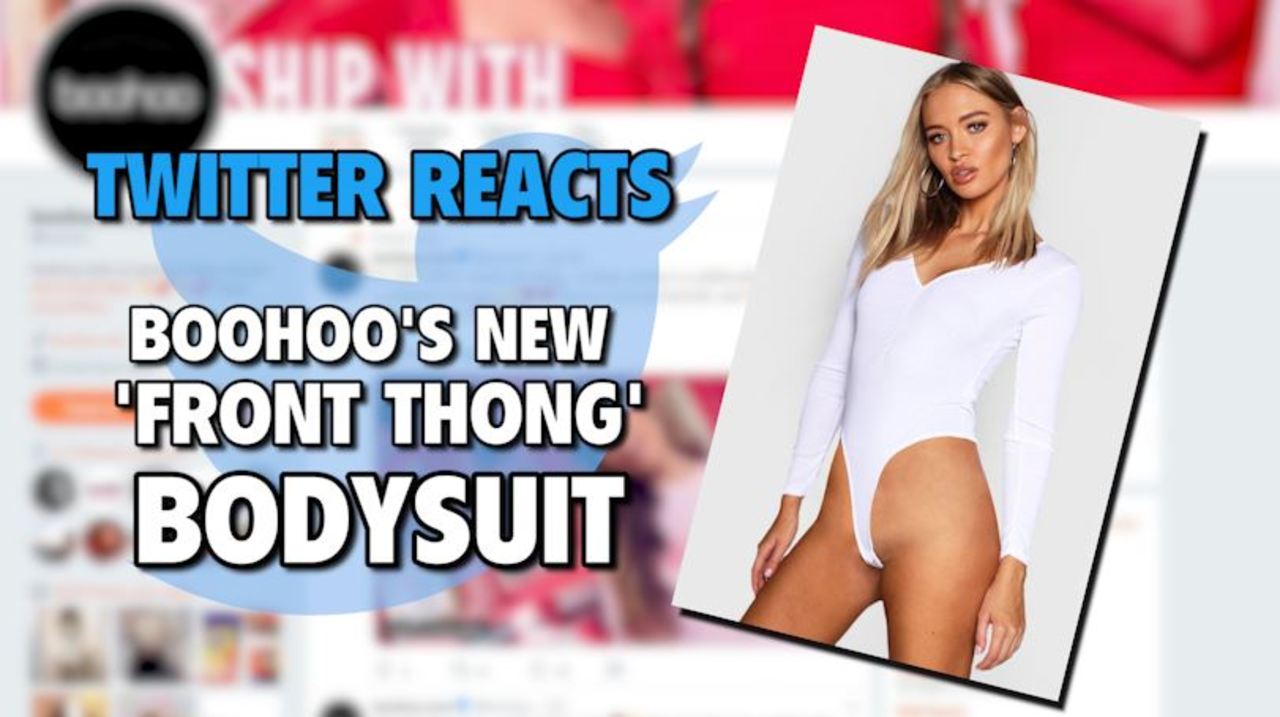 The video will start in8Cancel

The BBC also claimed financial transactions from the bank accounts of six of the companies said to be issuing fake invoices to the original wholesaler showed they received payments totalling £8 million from a network of big name Leicester textile suppliers over a two and a half year period between 2014 and 2017.

HMRC told the BBC it was unable to comment on specific individuals or businesses.

It said: “In the last year, HMRC has completed 25 separate investigations into the VAT affairs of businesses in the textile trade in Leicester and in so doing recovered more than £2 million of tax that would otherwise have been lost.

“HMRC has a strong track record for ensuring all companies and individuals pay the right tax and we take firm action against the minority who try to line their own pockets at the expense of the UK’s vital public services.”

Meg Hillier MP chairs the Public Accounts Committee, which holds the government and civil servants to account for the delivery of public services.

She told the BBC the alleged fraudulent activity it had revealed appeared to be “the tip of an iceberg” and the sums involved could represent “hundreds of millions of pounds” in lost tax revenue.

She said fraud within the Leicester textile sector “needs to be tackled” by HMRC.

For the latest news on the bars and restaurants opening and closing in Leicestershire, plus the best stories about what they’re up to, you need our FREE food and drink bulletin.

Simply click here to sign up, and the headlines will be delivered straight to your inbox every Friday, just in time for the weekend.

You’ll be among the first to find out when something is happening, and you won’t miss any of the most important stories about the local bar and restaurant scene.

If you don’t want the updates anymore – no problem. Just click ‘unsubscribe’.

Responding to the BBC’s findings, she said: “This is a snapshot of a few companies ….and on that £8 million washing through, that’s £1.6 million pounds of VAT that’s not being recovered.

“I think it’s quite extraordinary.”

The Boohoo spokesman told LeicestershireLive: “Alison Levitt QC recently concluded a full review of the companies supply chain in Leicester and Ms Levitt states, ‘It has been alleged that Boohoo’s business model is dependent on the profits which can be made from of the Leicester supply chain, safe in the knowledge that there will be little scrutiny’.

“I do not accept this; I am satisfied that there are sound legitimate business reasons for Boohoo using Leicester to manufacture clothing, but for this to be the case going forwards it may require a change of approach, not least in terms of how Boohoo educates and trains its buyers.”

“She goes on to say, ‘There is no evidence that the company itself or its officers have committed any criminal offences’.

“Following publication of the report in full, and publicly accepting all of Ms. Levitt’s recommendations, we are significantly strengthening our purchasing practices and corporate governance and we are working closely with regulatory authorities including the GLAA taskforce, sharing the details of our own forensic auditing to support them in their work in eradicating any instance of illegal practice in Leicester.

“In 2019 we appointed Verisio, compliance and auditing specialists, to support us in mapping our supply chain, due to concerns that we had regarding unauthorised subcontracting by some of our suppliers.

“This work is well underway and once it is completed we will be publishing a list of all of our UK suppliers. In light of the information provided by the BBC on Monday 5 October, we terminated our relationship with Rose Fashions.”