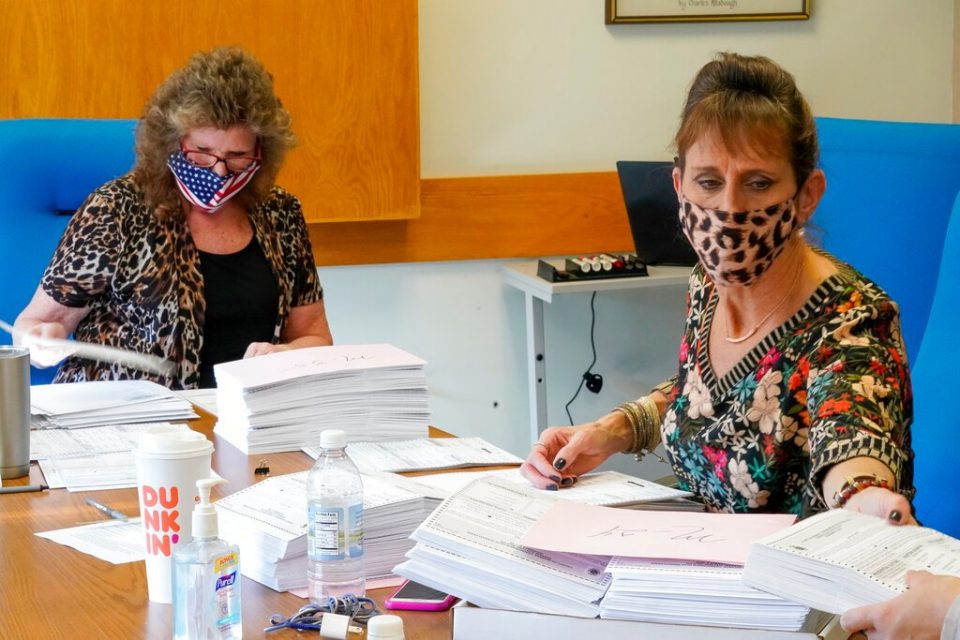 Sometime between late Thursday night and early Friday morning, Joe Biden moved into the lead in the vote count in Pennsylvania. However, a case that the United States Supreme Court may hear could determine whether some of the votes counted actually will count.

The case is Republican Party of Pennsylvania v. Boockvar. The issue is whether the Pennsylvania Supreme Court had the legal authority to order the state to count late-arriving absentee ballots. The Pennsylvania court issued a ruling requiring the state to count ballots arriving up to three days after Election Day as long as they are not clearly postmarked after Election Day, meaning ballots without a postmark would have to be accepted.

On Sept. 17, the state Supreme Court issued its ruling ordering officials to accept ballots, even without postmarks, for three days after Election Day.

On Sept. 28, Pennsylvania Republican leaders made an emergency request to the U.S. Supreme Court to block that ruling, but on Oct. 19, the high court declined the request to rush consideration of the case.

Still, four justices — of the eight who were considering the question — indicated that they would have put the Pennsylvania court’s decision on hold.

Justice Samuel Alito wrote a three-and-a-half page statement arguing, “It would be highly desirable to issue a ruling on the constitutionality of the Pennsylvania Supreme Court’s decision before the election,” both because of the “national importance” and because “there is a strong likelihood that” the state court’s ruling is unconstitutional.

Alito noted that the state of Pennsylvania had ordered the county election boards to segregate the ballots, keeping the late-arriving absentee ballots separate so that “a targeted remedy” would be available.

That means some or all of the ballots that were counted Thursday night, putting Joe Biden in the lead in Pennsylvania, could be disallowed and removed from the total if the U.S. Supreme Court chose to overturn the Pennsylvania court’s ruling.

If the U.S. Supreme Court agrees to hear the case, Alito said there is a “strong likelihood” that the justices will rule that the Pennsylvania high court exceeded its authority. That would restore the original Nov. 3 deadline, set by the state legislature, for the return of absentee ballots.

Note that this case isn’t about fraud, and there’s no need for evidence of fraud. The only question here is whether Pennsylvania’s high court had the authority to issue a ruling that changed state election law.

There was a similar issue in California just recently in a lawsuit brought by Assembly members Kevin Kiley, R-Rocklin, and James Gallagher, R-Yuba City, against Gov. Gavin Newsom.

Superior Court Judge Sarah Heckman ruled that Newsom did not have the legal authority under the California Emergency Services Act to issue an executive order that made changes to state election law, including adding a requirement for all counties to mail a ballot to every voter.

This is a fundamental issue that goes far beyond this or any election. If people in government can make it up as they go along, we are not citizens with rights in a free country, we’re subjects living under a government of unlimited power, always at risk of losing the permission to live our lives and go about our business.

Freedom is a condition that exists under a government of limited power.

The COVID-19 pandemic was the reason, or the excuse, to implement vote-by-mail balloting on a scale never before attempted in the United States.

Pennsylvania sent out 2.5 million vote-by-mail ballots in this election, compared to just 266,000 in 2016. California sent out more than 21 million ballots.

The Election Integrity Project California has documented more than 400,000 ballots that were mailed to people who likely have moved or died.

One of those ballots was mailed to the late Fred Sands, the well-known real estate and investment mogul who passed away in 2015. His ballot was mailed to his former address in Bel-Air.

Carla Sands, who is now the U.S. ambassador to Denmark, says it is the third ballot her late husband has received since his death. L.A. County has failed to update the voter file even though the family requested it after the 2016 and 2018 elections, twice mailing the death certificate to the Registrar of Voters.

The country has just had another close election and it’s clear that Americans of good faith have sincere, deeply held, opposing views.

For the next four years, we’ll have to live with that.

If You Invested $1,000 in Costco’s IPO, This Is How Much Money You’d Have Now

Business issues 2020: brace for challenges ahead