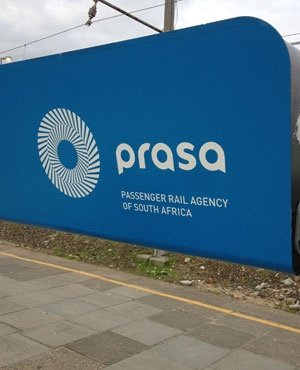 Instability in key executive positions at the Passenger Rail Agency of South Africa has negatively impacted financial management at the entity, according to the Auditor General of South Africa (AG).

Parliament’s standing committee on appropriations was on Wednesday briefed on the 2018/19 audit outcomes for Prasa.

“Prasa regressed from a qualified audit opinion from the prior year to a disclaimer in the current year due to significant material misstatements in the financial statements and the significant limitation of scope imposed on the auditors.

“The regression in the audit outcome is mainly due to instability at executive management level and lack of accountability by senior management to address repeat findings over the years,” the AG’s report read.

The AG highlighted that not having executives in key positions impacted on financial management, performance reporting and compliance monitoring processes. In the 2018/19 year alone, there had been three individuals in the acting position of Group CEO.

The AG noted that there were efforts by the Prasa board of control to turnaround the entity, with disciplinary processes at executive level. However, the instability at executive level and a lack of accountability to address matters which were flagged by the AG in previous years, “thwarted” the board’s efforts and resulted in the regression of the audit outcome.

Among the material irregularities picked up by the auditor general include unfair practices in the procurement of locomotives – this particular R3.5bn contract awarded to Swifambo Rail Leasing in 2013 was set aside in May 2019 and now an investigation into the employees implicated is underway. “Of the R2.6bn prepayment made to SRL for the purchase of the locomotives, R2.2bn has been impaired and it is unlikely that it will be recovered,” the AG said.

Other examples listed by the AG include unfair procurement process followed in the appointment of signalling contractors.

“Multi-billion rand awards were made in 2012 in respect of the re-signalling contracts nationally for Gauteng, Western Cape and Kwazulu Natal.

“Work in respect of these contracts are currently all behind schedule. With regards to Kwazulu Natal, the contract was terminated in October 2018 however only 73% of the work was completed and 16% of stations commissioned where the new signalling infrastructure was rolled out,” the AG report read. The board of control has committed to launch an independent investigation.

The board will also launch independent investigations into competitive bidding processes which were not followed in awards relating to the provision of bus services in the Western Cape, surveillance services (drones) and security services.

Transport Minister Fikile Mbalula and Prasa’s acting CEO Dr Nkosinathi Sishi and board chairperson Khanyisile Kweyama were set to hold a briefing on concerns on irregular contracts as well as recent incidents of vandalism at several train stations across the country on Thursday, but the briefing was postponed.

This week, Park Station was stormed by groups of people who damaged property, News24 reported.

Latin America ports expand target to include shippers and forwarders

What do your Procurement career development options look like?