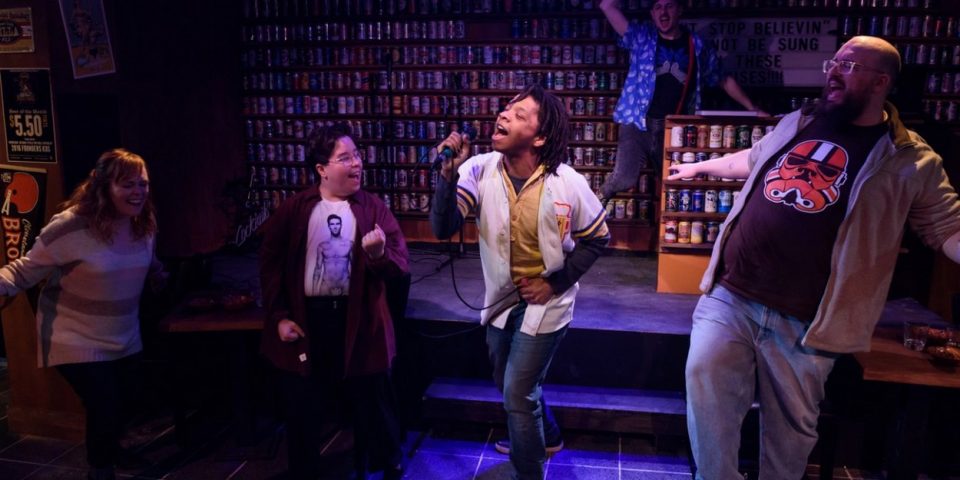 The Factory Theater,1623 W. Howard St., has announce the LIVE return of its hit production, Last Night in Karaoke Town, September 24 – November 6. Written by Mike Beyer and Kirk Pynchon and directed by Kim Boler, the original run was ended during its run in spring 2020 due to COVID and the Factory is thrilled to bring back the only known tribute to Cleveland in the history of American theater this fall to relaunch its space and to welcome its audiences back to Howard Street. Previews are Friday, Sept. 24 and Saturday, Sept. 25 at 8 p.m. and Sunday, Sept. 26 at 3 p.m. The Press Opening is Friday, Oct. 1 at 8 p.m. and the regular performance schedule is Fridays and Saturdays at 8 p.m. and Sundays at 3 p.m. Tickets for Last Night in Karaoke Town are $10 – $25 and may be purchased through the Box Office by calling 866-811-4111 or by visiting TheFactoryTheater.com.

One of Cleveland’s oldest karaoke bars may have to close its doors forever, unless its long-time proprietor can convince the new building owner not to change it into a cider bar. With a neighborhood slowly gentrifying around them, the longtime patrons embark on a plan to keep their beloved watering hole intact. It all comes down to one final night, where the beer flows freely and the karaoke soars higher than Steve Perry‘s vocals on “Don’t Stop Believin’.”

The Cast for the 2021 Production will include several members of the 2020 cast and will be announced at a later date.

Good Pancakes and Social Distancing at the Brownstone Pancake Factory