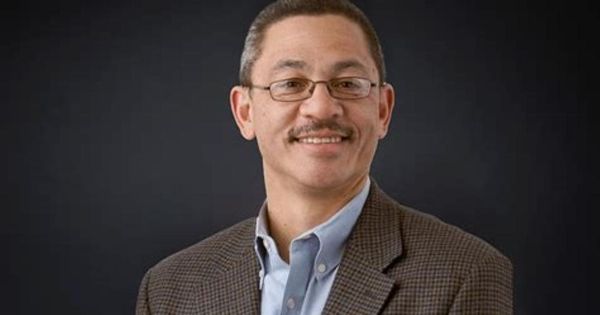 Digital supply chains are being widely discussed, “but I’d say supply chain management has not changed at all. We are still moving stuff from point A to point B,” Mr. Dewberry asserted. Nevertheless, running a supply chain is tougher than it used to be. “What changed? Visibility, variability, and velocity. With more variability, you need to move faster. To do that you need more visibility.” While demand in one of their business units has always been hugely variable, variability has increased in the time it takes to secure trucks to move their inbound raw materials to factories and outbound products to customers.

Land O’Lakes certainly has a challenging supply chain. Land O’ Lakes is a member owned cooperative with revenues of $15 billion. The company is best known for Dairy Foods, particularly butter, but the company also has divisions devoted to Animal Nutrition and Crop Inputs (seeds/crop protection). When it comes to securing carriage, it is easier if you have predictable demand, use standard trucks, and have long lead times. That does not fit any of their businesses. The dairy business has huge peaks. 40 to 50 percent of butter is sold in two peak seasons, Easter and Thanksgiving. These goods need to be transported in refrigerated trucks. Getting refrigerated trucks during the busy season is tough.

The animal feed business does not have seasonal peaks, but “we are 50 percent make to order for deliver in two days.” Incoming raw materials need to be delivered with certainty across 65 plants.

Finally, they have a seed and crop protection business. 80 percent of what is ordered by farmers is same day or next day, a very tight window. Mr. Dewberry explained why there were such tight windows. “This year, for example, it rained across the Midwest for two weeks. When it stopped, farmers had three days to plant.” They depended on Land O’Lakes to get the seed to rural farms on country roads. Crop protection is much the same. “If a farmer needs fungicide, they need it now.”

In terms of visibility, Land O’Lakes is also moving from “a linear model, with disconnects, to an ecosystem model” where the whole supply chain, including contract manufacturing and 3PLs, “knows what everyone else is doing right away.”

From a technology standpoint, one of their critical visibility solutions is provided by FourKites. Land O’Lakes has been working with FourKites since 2017. FourKites provides real-time shipment visibility with an extensive global network that connects shippers, 3PLs, and carriers. The real-time truckload and less-than-truckload visibility is driven by connections to electronic logging devices (ELDs), which truckers must use to prove to the government they are not driving too many hours. These ELDs provide GPS tracking.

Mr. Dewberry talked about the journey with FourKites. In 2017 all the company was looking for was visibility, just being able to track shipments in order to provide better customer experience. The company wanted to tell its customers and plants when the trucks would show up. By April of      this year, they were also using FourKites’ traffic and weather feeds to improve predicted times of arrivals. “Today, we track 90 to 95 percent of our shipments using FourKites. That is 200,000 shipments per year. This was done in a relatively short amount of time.”

The variability surrounding trucking capacity can also be reduced if new capacity enters the market. That capacity already exists, it just is not being used. Many shippers have private fleets that move goods in one direction, then return to the point of origin empty. Further, carriers often have significant amounts of empty miles as a truck makes a delivery in one location and then has to travel to the next pickup.

In 2018, the Food Marketing Institute (FMI) and Grocery Manufacturers (GMA) initiated what they call the Trading Partner Alliance (TPA) task force. GMA/FMI have two initiatives. The first is the Backhaul Pilot Project, which aims to reduce empty miles. Land O’Lakes is working with another consumer goods company. They are sharing a common carrier. Land O’Lakes goods were moving from New Jersey to Chicago, their partner has shipments going in the other direction. FourKites’ Lane Connect solution was used as the collaboration platform to enable shippers to come together and identify these partnership opportunities. While real-time visibility is important to supply chains, network collaboration is the key to driving optimization even further.

“This has not been easy,” Mr. Dewberry said. “There are lawyers and confidential agreements. We had to work through the pricing. And each company had to work through “how much risk they were willing to take.” If Land O’Lakes accepts a return shipment from the other shipper, there is the chance that delays associated with that shipment could lead to that truck not being available when it is needed.

A second TPA initiative is focused on reducing truck dwell times when trucks arrive at a facility and get loaded. Reducing dwell time, Mr. Dewberry pointed out, improves velocity. “Truckers get hung up at these locations; at our warehouse, and our customer’s warehouse. There is a need for everyone – the shipper, the carrier, and the customer – to be willing to share data. This is not always easy. Relationships (between shippers and carriers) have often not been the best. They tend to be adversarial. We want to use data to keep equipment moving.” Land O’Lakes is working with FourKites and a couple of retailers and carriers on this pilot.

Another benefit of this kind of project is it makes shippers more desirable to carriers. In a private conversation, Mr. Dewberry told me their tender accept rate is over 95 percent. That is very good. But Mr. Dewberry believes that by using visibility and collaboration, “we can expect to increase another couple percentage points.”

Mr. Dewberry concluded by saying, “I’m an idealist and an optimist. We can all become better shippers. The tools are available. We have not been good shippers, carriers don’t like to show up. We all need to be willing to share data. This will allow us all to move product faster with less variability by addressing root causes.”