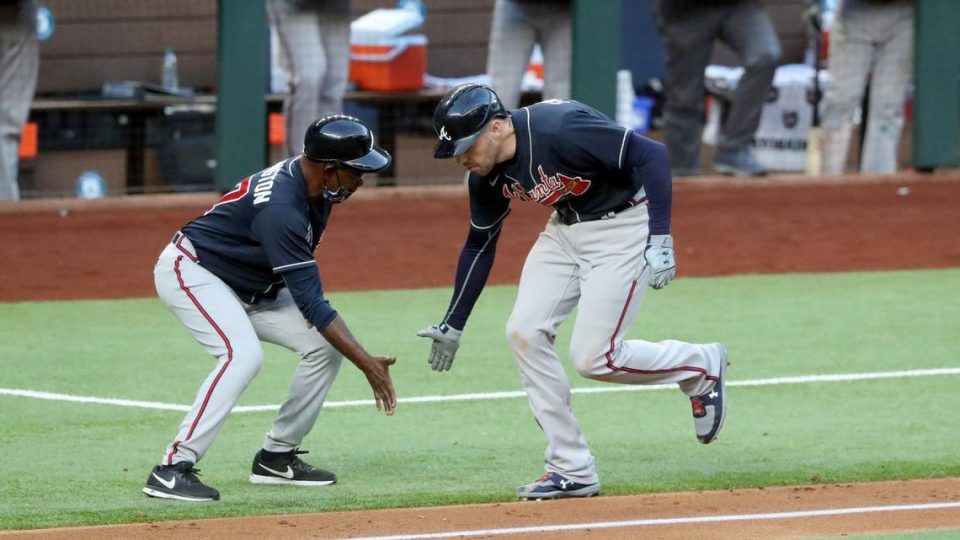 By Aug. 24, one week before the trade deadline this season, it was obvious that the Texas Rangers would be willing to discuss a deal with just about every player on their roster.

The biggest name was right-hander Lance Lynn, who to that point had been one of the best starting pitchers in baseball and would come with the added bonus of an $8 million contract for 2021.

One of the teams thought to be in the market for Lynn was the Los Angeles Dodgers, who didn’t have any glaring weaknesses in their rotation as they posted the best record in baseball for pretty much the entire season.

Lynn would have been a luxury item, and was priced as such, but World Series rings are the ultimate luxury item. No deal was struck, despite the Dodgers trying into the final hour before the Aug. 31 deadline.

But stuff happens in baseball, like blistered fingers and back spasms and young pitchers being put in pressure spots, and suddenly the team with the best regular-season in baseball really could use a proven veteran starter.

It’s entirely possible that the Dodgers rally to win the National League Championship Series. They almost rallied to win Game 2 on Tuesday in the best-of-7 series against the Atlanta Braves.

But they aren’t sure when Clayton Kershaw will pitch after he was scratched in the morning, and they might not have a starter who can finish six innings.

Kershaw’s replacement, rookie Tony Gonsolin, didn’t complete five innings in his first start since late in the regular season, and a Dodgers bullpen that is on the verge of being overworked couldn’t bail him out.

Freddie Freeman homered and drove in three runs, and the Dodgers were held to only two hits over the first six innings as Atlanta held on for an 8-7 victory at Globe Life Field and a 2-0 series lead.

“You’re playing seven days in a row, so you have to try to give your starter some leash,” Dodgers manager Dave Roberts said. “We knew that coming in. Today I really wanted Tony to get through that fifth inning.”

Gonsolin didn’t pitch poorly in his postseason debut. He retired the first nine batters he faced, but Ronald Acuna Jr. walked to start the fourth and Freeman followed with a no-doubt home run to right field as the Braves took a 2-0 lead.

Gonsolin struck out Austin Riley to start the fifth, but the next three batters reached and one of them scored before Roberts went to the bullpen.

Freeman singled in a run before Baez issued back-to-back walks, the second of which forced in a run. If not for another fine catch in center fielder by Cody Bellinger, this one before the wall, the Braves would have scored three instead of just one more on an Ozzie Albies sacrifice fly.

It was 6-0, and the lead would stretch to 7-0 in the seventh before the Dodgers got going. Corey Seager launched a three-run homer by in the seventh. Albies hit a solo homer in the ninth for a critical insurance run as the Dodgers scored four runs in the ninth and put the tying run at third base with two outs.

The Braves were forced to use closer Mark Melancon.

Both teams used six relievers. The Dodgers used only one for more than an inning and only Joe Kelly from the back end of their bullpen.

But with no scheduled days off in this series, each appearance takes more of a toll.

“Tonight I think we did a good job getting guys in there,” Roberts said. “But you just can’t play every game, regardless of score, like it’s life or death.”

The Dodgers need a starter who can work deep into a game, something Walker Buehler, who has been plagued by blisters, didn’t do in Game 1. Julio Urias is scheduled to start Game 3 on Wednesday, and he worked five innings in relief in Game 3 of the NLCS.

Roberts said he expects Kershaw to pitch in the series, though the soonest would be Game 4 and that’s only if back spasms he has felt since Saturday don’t flare up again. If he is healthy, the question becomes if the back can hold up for six or seven innings.

Lynn has held up throughout the past two seasons and has a club-record streak of 37 games with at least 100 pitches. He led the American League in starts (13), innings pitched (84) and pitches per start (108.3).

The Dodgers, whose budget and depth of quality prospects seems limitless, could have paid the price for a workhorse like Lynn.

He might have been a luxury item at the trade deadline, but it’s starting to look as if he would have been worth the cost.

After 12 seasons covering the Rangers for the Star-Telegram, Jeff Wilson knows that baseball is a 24/7/365 business and there is far more to baseball than just the 162 games each season. There’s also more to Jeff — like a family and impressive arsenals of Titleist hats and adidas shoes — but sometimes it’s hard to tell.

The Observer view on government failure in the coronavirus crisis | Opinion