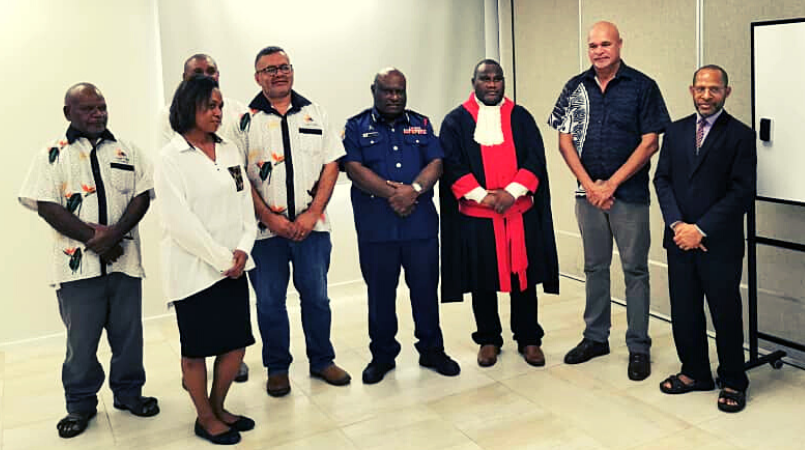 NPC Chief Executive Officer, Simon Bole, challenged the committee members to ensure transparent and accountable procurement is done for the people of Lae City, Morobe and the country.

“The NPC board has delegated its powers to you to go ahead and make decisions on contracts that will deliver services and bring change to the lives of our people in Lae City.

“That’s why, I urge you all to abide by the National Procurement Act when discharging your duties.

“The National Procurement Act was formulated based on our past experiences in dealing with government procurement systems and it promotes transparency, accountability and value for money procurement of contracts.”

He commended the Lae City Authority, under the leadership of Lae MP and Lands and Physical Planning Minister, John Rosso, for working with NPC to ensure successful establishment of the committee.

Minister Rosso said the establishment of the procurement committee marks a big step forward in the authority’s vision to make Lae City a better place for everyone.

He said the Committee consisted of the right balance of people and the Authority is confident in its procurement committee’s ability to deliver the best procurement for the people of Lae City to achieve the vision of making Lae City a better place for everyone.

He also commended Bole and the NPC for their prompt approach towards the successful establishment of Lae City Authority Procurement Committee.

Meanwhile, Bole said Lae City Authority is the second district in Morobe, after Finschhafen, to successfully establish its procurement committee.

He said the NPC is expecting all provinces and districts to have their procurement committees established before the end of this year.

(CEO of NPC, Simon Bole, right, Lae MP and Lands and Physical Planning Minister, John Rosso, and members of the Lae City Authority Procurement Committee and magistrate during the swearing in ceremony at Lae, Morobe, on Friday 30th October)