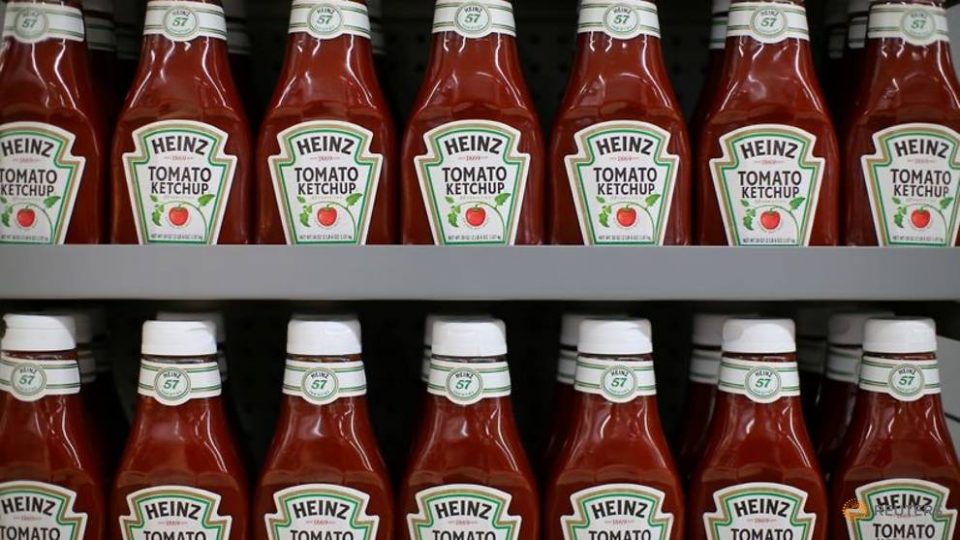 Kraft Heinz Co said on Tuesday it is stepping up its marketing budget and planning an overhaul of its supply chain, hoping to save US$2 billion by 2024 and put a halt to years of weak sales and brand deterioration.

CHICAGO: Kraft Heinz Co said on Tuesday it is stepping up its marketing budget and planning an overhaul of its supply chain, hoping to save US$2 billion by 2024 and put a halt to years of weak sales and brand deterioration.

Packaged food companies like Kraft Heinz and Campbell Soup that market tinned food and salty snacks have for years faced a perception that their products are unhealthy. At the same time, the industry is battling aggressive competition from cheaper private label brands from Walmart and Kroger .

At its virtual investor day, Chicago-based Kraft Heinz said it plans to increase spending on marketing by 30per cent to just over US$1.4 billion, a move many shareholders have hoped for since media and advertising veteran Miguel Patricio took over as CEO in July 2019. Shares of Kraft Heinz have risen 4.6per cent since then.

“We are totally rethinking our operations in manufacturing logistics and procurement – it is absolutely critical because in the five next years, we are going to improve our operations big time,” Patricio told Reuters in an interview ahead of the presentation – his first major strategic update.

The company has begun streamlining its supply chain, Patricio said, and is trying to build better relationships with suppliers – many of whom have in the past been critical about Kraft Heinz’s culture under the management of cost-focused private equity firm 3G Capital.

“When you cut costs too much, actually your costs increase because you lose efficiencies,” Patricio said. Kraft Heinz will continue to reduce costs but doesn’t need to be as aggressive if it can work with factories, transportation and logistics companies to preserve margins by being more productive.

“We had a very transactional relationship with our suppliers … they are part of the equation to find solutions to improve productivity in our factories,” he said.

Patricio said Kraft Heinz will invest most of its media budget in five areas, including ready-made meals like Mac & Cheese and healthy snacks.

The company, whose portfolio doesn’t currently include many sweet foods, plans to spend heavily on promoting “indulgent desserts” and children’s beverages.

“For example, we launched more than 50 different flavors of salad dressing in the last five years …that brings an unbelievable problem of complexity to our factories.”

Meet Snowflake, one of the buzziest tech IPOs ever – Fortune