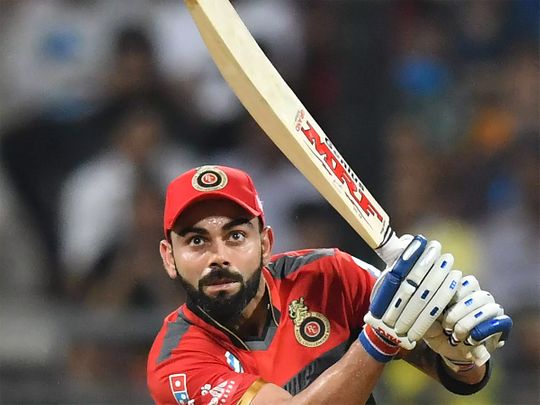 Dubai: Bangalore Royal Challengers, are they underachievers? No, not really. With three second-place finishes in 12 seasons, they have always been a quality side in need of consistency.

No wins yet! Yes, that rankles a bit. Well, that record has to be set straight. That’s precisely what Virat Kohli and his merry band of cricketers will set out to do when the 13th edition of Indian Premier League gets underway in the UAE.

RCB will miss the salubrious climes of Bangalore. So also the true bounce and short boundaries of their home turf. Most of all, the chants of R-C-B, R-C-B and the Mexican wave by the Bold Army at the M. Chinnaswamy Stadium. In the heat and humidity of Abu Dhabi, Dubai and Sharjah, devoid of fan support, the Royal Challengers will have to dig deep into their reserves of skill and stamina to claim the elusive title.

Team Director Mike Hesson and Head Coach Simon Katich have said their gameplan has been tailored to the UAE conditions. All variables posed by the stadiums and pitches have been factored into their strategies. The duo seems to be upbeat about their new signings too.

For a side bristling with talent, the Royal Challengers have been a disappointment in the last three seasons. And that must be hurting the team and their fans. That pain could well spur them to greater deeds this time around.

Did someone mention death bowling? Yes, that was RCB’s Achilles heel last year. Too many runs given away in the slog overs. Hesson feels they may have adequately addressed the problem with the arrival of fast bowlers Chris Morris, Isuru Udana and Dale Steyn. Umesh Yadav and Siraj Ahmed are other pacemen in the side.

Indian leggie Yuzvendra Chazal heads the spin pack that also includes Shahbaz Nadeem, Washington Sundar, Pawan Negi, Adam Zampa and Moeen Ali. With more depth and variety in their attack, the RCB side looks a lot more balanced than in the previous years.

Batting has always been the strength of the Royal Challengers, a fact attested by IPL’s highest total of 263/5 to their name. That has more due to the effervescence of skipper Virat Kohli, AB Villiers and Parthiv Patel. Now with the addition of Aaron Finch, the mix becomes even more explosive. But they had missed a steady hand when chips are down, which was evident when they posted 49, the lowest total in the tournament.

Katich pins a lot of faith in young players who can bring more balance of the side, something captain Virat Kohli has stressed. They have high hopes on batsmen Devdutt Padikkal, Pavan Deshpande and allrounder Shahbaz Ahmed – two youngsters who have had brilliant domestic seasons. Kohli will love it if they extend the form to the IPL.

The Royal Challengers Bangalore. Do keep an eye on them.

In these trying times, supply chains prove how essential they are….and always have been

Salesforce: Bright digital holiday may not be merry for supply chain