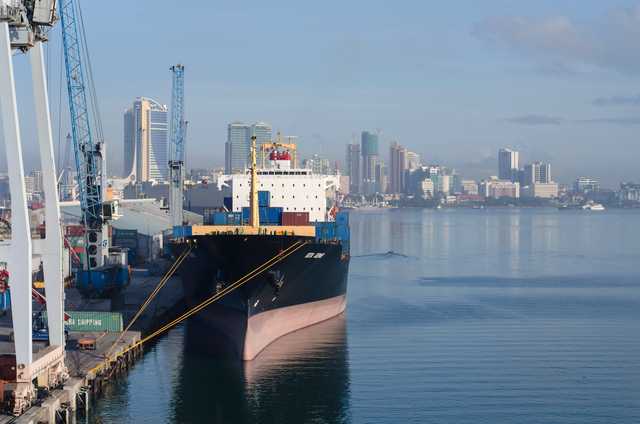 The Democratic Republic of Congo is entering shipping business with eyes on East Africa’s two biggest ports in Kenya and Tanzania, signalling further intent by the bloc’s newest member to ease its importation channels.

This week, officials from Kinshasa announced they had obtained yard spaces in Mombasa and Dar es Salaam to roll out offices for DR Congo’s new shipping line: The Lignes Maritimes Congolaises (LMC) that will start operations from June.

The decision that came just about a month after the DR Congo was formally admitted into the East African Community reflects the country’s desire to tap into the benefits of being in the trade bloc, where it is now cheaper and easier to import as tariffs are headed for reduction.

The Kenya Ports Authority (KPA) is banking on the admission of the DR Congo to the East African Community to increase its business market in the region.

LMC, the state-owned shipping line mandated with maritime transport and the operation of marine vessels in DRC, is targeting to channel more import-export cargo through the Port of Mombasa, as well as raise volumes in Dar.

The LMC delegation led by director Banze Nkulu Mulunda and other government officials agreed to open office at the Port of Mombasa to coordinate imports and exports from their country.

“After a discussion on operational and logistics issues with KPA container terminal principal operations officer Michael Bokole and his team, we have agreed to start our operations from Mombasa starting next month.

‘‘This will help in creating more jobs and business opportunities not only for DRC but to Kenya,” said Dr Mulunda.

Mr Bokole welcomed the delegation and said it was a big milestone in ensuring the DRC is integrated into the EAC.

“The DRC recently joined the EAC community bolstering trade opportunities among member states who are keen to increase intra-EAC trade and benefit from the common market. Them coming to Mombasa will increase both import and export of goods through the port,” said Mr Bokole.

The Kinshasa team agreed LCM will be responsible for collecting royalties from shipping lines that carry cargo to and from the DRC.

LMC has adequately addressed the issue of storage, traceability and security of its products as the DRC expects to increase its business after joining the EAC in April.

DRC is now expected to deposit the instruments of acceptance with the East African Community secretariat, agreeing to open up its market to other member states for business as it got admitted to the regional bloc.

The instruments of acceptance will see the member states trade freely with Kinshasa in line with the Common Market Protocol that allows free movement of goods and services.

Prior to admission, EAC states had to pay tariffs for imports or exports because of external rules that were applicable.

The DRC comes into the bloc with a huge market of 90 million people and the potential to contribute to an expanded market and investment opportunities to boost the EAC common market.

Already, Kinshasa has bilateral and multilateral cooperation arrangements with EAC partner states in various areas, including customs, infrastructure and productive and social sectors as a member of the Southern African Development Community (Sadc), the Common Market for Eastern and Southern African (Comesa), the Economic Community of Central African States (ECCAS), the Economic Community of the Great Lakes Countries (CEPGL) and the International Conference on the Great Lakes Region (ICGLR).

In March the EAC Council of Ministers met to “ensure all ground” had been covered and agreed upon by all parties to allow seamless integration of the newest member of the bloc.

DRC’s new shipping line will also use Tanzanian ports and this could be an added incentive to Dodoma’s latest programme to expand its inland ports.

The Lake Tanganyika Business Summit held in Kigoma last week discussed various measures to speed up movements of goods and people within the Great Lakes Region, mostly to DR Congo.

Officials in Tanzania have also been driving for more markets in DR Congo, holding a business summit with top traders in the DRC last week. The summit attracted business executives and other stakeholders who use the Dar es Salaam Port as a gateway for imports and exports.

Kigoma Regional Commissioner Thobias Andengenye said in a statement that the Lake Tanganyika Investment and Business Summit will further open the Kigoma region for cross-border trade. TPA said in its latest report that other five ports on Lake Tanganyika have been established to handle Congo cargo, while a shorter road has been designed to connect Tanzania and Lubumbashi in Eastern DR Congo through Kasanga Port on Lake Tanganyika.

The ports authority said it is currently facilitating the exportation of bulk copper from the DRC.

The Dar es Salaam port is currently, handling over 1.8 million tonnes of cargo from the DR Congo per year.

Tanzania exports to the DRC in 2021 were estimated at $207.23 million, according to the Tanzania Embassy in Kinshasa.