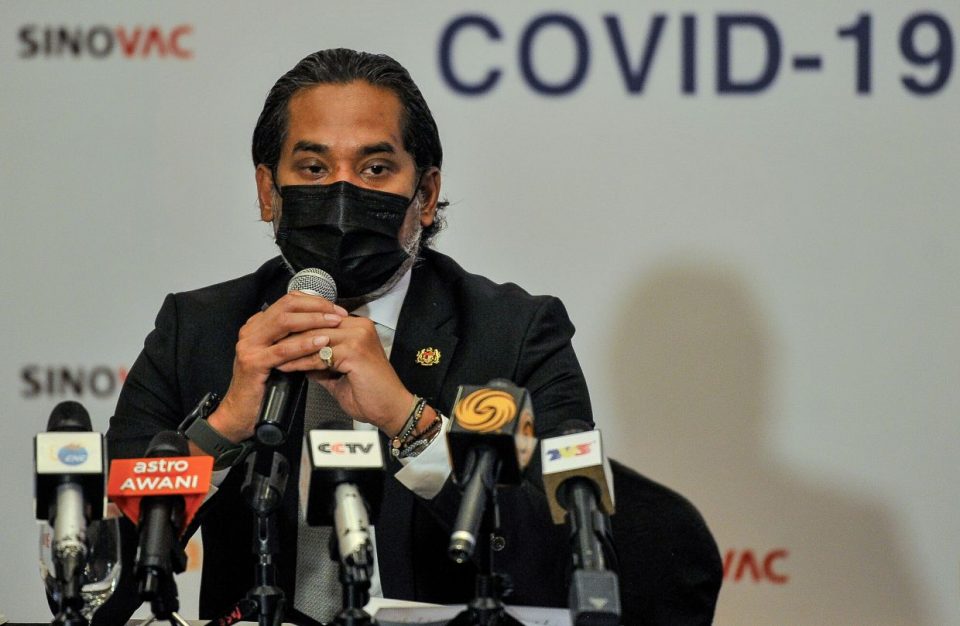 PETALING JAYA: Khairy Jamaluddin has said that the government would not go through with the procurement of Sinovac’s Covid-19 vaccine if they were not satisfied with its safety and efficacy.

The Science, Technology and Innovation Minister said that any vaccine procurement is subject to approval by the National Pharmaceutical Regulatory Agency (NPRA).

“If we are not satisfied with the safety and efficacy, we will not go through with the procurement. Sinovac’s clinical data is just being released. We will review the data and decide, ” he said in a series of tweets Wednesday (Jan 13).

He was responding to news reports that Brazilian clinical trials found the Sinovac Covid-19 vaccine to be 50.4% effective.

“This is why our strategy has been a portfolio of vaccines. To ensure we have enough supply and to mitigate against regulatory and manufacturing issues.

“Buy from more than one source. Plus the fact, no manufacturer can supply all our requirements. Same for most countries, ” Khairy said in a follow-up tweet.

Malaysia is among countries that have placed orders for the Sinovac vaccine from China.

Khairy had on Tuesday (Jan 12) said that the government is paying less for the Covid-19 vaccine developed by Sinovac as the bottling process will be carried out in Malaysia.

He had said that Pharmaniaga Bhd would be overseeing the bottling process for the vaccine, which is expected to be ready for distribution by the end of March.

“Indonesia gets the Sinovac vaccine early because it was tested in clinical trials before being registered.

“Brazil, Turkey also conducted Sinovac clinical trials because of the large number of cases last year, ” Khairy said in a later tweet that was accompanied by a news report that Indonesia president Joko Widodo had received his first dose of the Sinovac vaccine.

Turkey had said that the vaccine had an efficacy of 91.25% while Indonesia said it’s efficacy was 65.3%.

Prime Minister Tan Sri Muhyiddin Yassin had said on Monday (Jan 11) that in order for Malaysia to obtain the herd immunity, some 60% to 70% or between 20 and 23 million of the Malaysian population should be vaccinated.

The NPRA has so far given conditional registration for the Pfizer-BioNTech Covid-19 vaccine, with the government announcing last year that it would be obtaining 12.8 million doses of the jointly-developed Covid-19 vaccine.

Malaysia has also signed agreements to procure 6.4mil doses of the AstraZeneca-Oxford vaccine.

It is also in negotiations with Cansino and Gamaleya for the vaccine.